Sir Samuel Leonard Tilley was a strong supporter of both Confederation and the construction of the Intercolonial Railway. He is believed to have suggested the name “Dominion of Canada” for the new country. He was a member of Sir John A. Macdonald’s first government before he was appointed Lieutenant-Governor of New Brunswick. 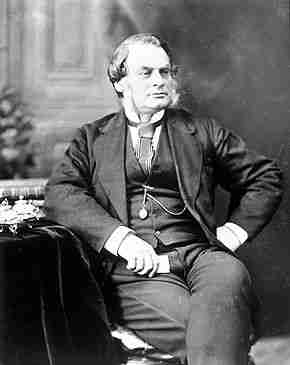 Samuel Leonard Tilley was the eldest son of Thomas Morgan Tilley and Susan Ann Peters. His parents were storekeepers and descendants of Loyalists who settled in New Brunswick after the American Revolution.

Tilley was educated at the Church of England’s Madras school in Gagetown, for four years before he attended a Gagetown grammar school, where he studied for four years.

Samuel Leonard Tilley began to apprentice as a pharmacist in a Saint John drugstore when he was 13 years old. In 1838, he became a certified pharmacist and opened Peters and Tilley “Cheap Drug Store!” with his cousin Thomas W. Peters that same year. In 1848, Peters retired and Tilley ran the business as “Tilley’s Drug Store” until 1860 when he sold the pharmacy due to the demands of his political career. 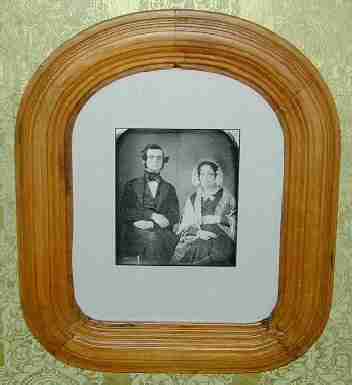 Samuel Tilley entered public life through his support for the temperance movement. By 1844, Tilley was on the committee of New Brunswick’s Portland Total Abstinence Society, advocating for prohibition legislation. When the New Brunswick branch of the American Sons of Temperance Society was founded in 1847, Tilley dominated its executive committee.

Tilley was an advocate for responsible government, especially after the 1848 recession in Britain adversely affected Maritime trade. He helped found the New Brunswick Colonial Association in 1849, which favoured colonial self-government concerning public works and expenses as well as a comprehensive public school system.

He sat in the New Brunswick Assembly as a member of the Liberal party in 1850–51, 1854–56, 1857–65 and 1866–67. In both his temperance advocacy and political career, he avoided populist oratory. Instead, he presented logical arguments and statistics to support his positions. His colleagues viewed him as self-righteous, but he was respected for his political acumen, dedication to duty and integrity. A lifelong temperance advocate, he was provincial secretary in the Charles Fisher administration. Its members were called the “Smashers” after they brought limited prohibition to New Brunswick in 1852. The law was repealed in 1854, when the annual per capita consumption of spirits in New Brunswick was about three gallons. The Smashers instituted a form of prohibition again in 1855, but it was repealed the same year.

A delegate to all the Confederation Conferences, Samuel Tilley was an active promoter of Confederation. By 1865, Tilley found that a majority of the New Brunswick legislature had swung against Confederation. Lieutenant-Governor Arthur Gordon believed that the issue of Confederation should “be put ‘squarely’ before the people” and pressured Tilley to dissolve his government, which had not been elected, it was argued, on a Confederation platform. 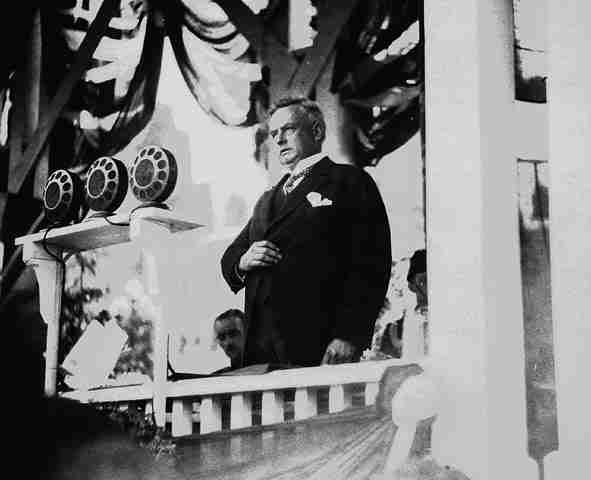 Tilley called a snap election in which his Liberal government (elected in 1861) was defeated by Albert Smith, head of an anti-Confederation coalition. Pro-Confederation supporters were returned to power in 1866 after Lieutenant-Governor Arthur Gordon forced the Smith administration to resign; the British government was supporting union, popular opinion had shifted towards Confederation in New Brunswick, and the Smith administration could agree on little more than their dislike of federal union.

Under the leadership of Peter Mitchell, Tilley was able to push through legislation in favour of Confederation by a vote of 31 to 8.
According to Tilley’s son, Samuel Tilley was responsible for the term “Dominion” to describe Canada after John A. Macdonald’s proposal for “Kingdom of Canada” was rejected as provocative to the United States. Tilley was inspired by Psalm 72, verse 8 of the Bible, “And he shall have dominion also from sea to sea,” and proposed the term “Dominion” at the London Conference of 1866.

With Macdonald’s return to office in 1878, Tilley resigned his post as Lieutenant-Governor and became Minister of Finance. As such, Tilley brought in the National Policy tariff in 1879.

In 1885, unwell, he retired to Government House, Fredericton, staying on as Lieutenant-Governor until 1893. Clever and adroit, he was always a sensitive political barometer; he had advised Macdonald, in 1868, to pacify Nova Scotia’s reticence towards federal union. Tilley was uneasy about the government’s commitments to the Canadian Pacific Railway in the 1880s, and doubtless would have pulled the plug had he been allowed to do so. Almost the last letter he wrote (sent to Sir Charles Tupper) was a remarkably shrewd assessment of the 1896 election.

Sir Samuel Leonard Tilley died of blood poisoning in 1896 after accidentally cutting his foot at his summer home in Rothesay.

Samuel Tilley was instrumental in ensuring that New Brunswick became one of Canada’s first four provinces in 1867. The national holiday commemorating Confederation on 1 July was known as Dominion Day from 1867 to 1982, when the holiday became Canada Day. One of Tilley’s sons from his second marriage, Leonard Percy de Wolfe Tilley, became Premier of New Brunswick from 1933 to 1935.

The University of New Brunswick named Tilley Hall after Sir Leonard. The cornerstone laying took place May 16, 1967 by Mrs. H.P. MacKeen, granddaughter of Sir Samuel Leonard Tilley. The building officially opened in May 1967. A five-storey addition began construction in November 1969, providing space for the departments of Mathematics, and the romance languages.