St. Andrews Churches are very beautiful and historic. Here are a few and a bit of information we were able to gain on them.

It was British policy in the 18th century to support every colony with the establishment of a Church of England.

The government agency responsible for this policy was called The Society for the Propagation of the Gospel in Foreign Parts or more commonly, the SPG.

The story of All Saints Anglican Church begins when Rev. Dr. Samuel Cooke is sent by the SPG to Saint John, NB in 1785.

In 1788 the Church opened its doors to all denominations as a place of worship. The first resident clergyman, Rev. Samuel Andrews, served the community between 1786 and 1818. 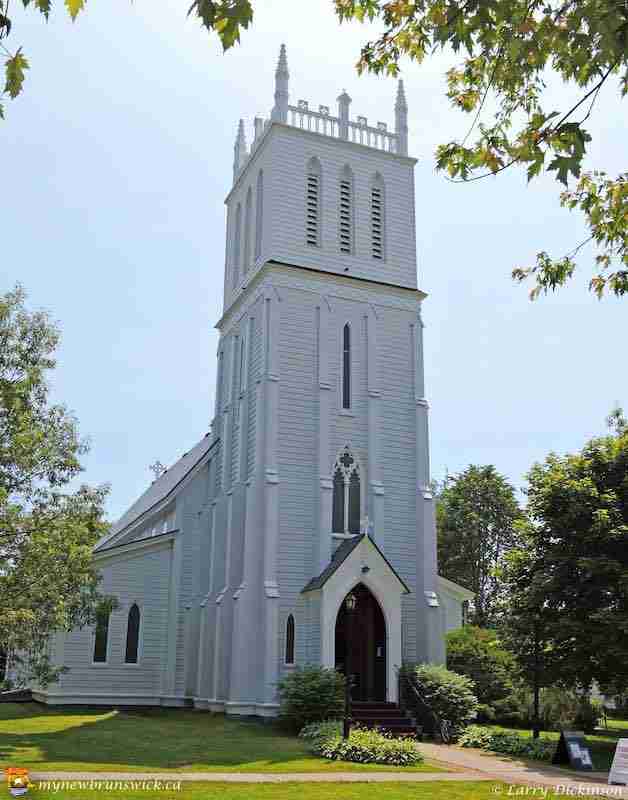 All Saints Anglican is the oldest established church in city proper limits.

Started in 1821 and completed in 1824, the nationally-recognized Greenock Presbyterian Church is a large wooden British Palladian Revival style church with a handsome vestibule crowned by a large eloquent steeple in front of a plain symmetrical front-gabled Colonial style meeting house. The church is located on Montague Street. 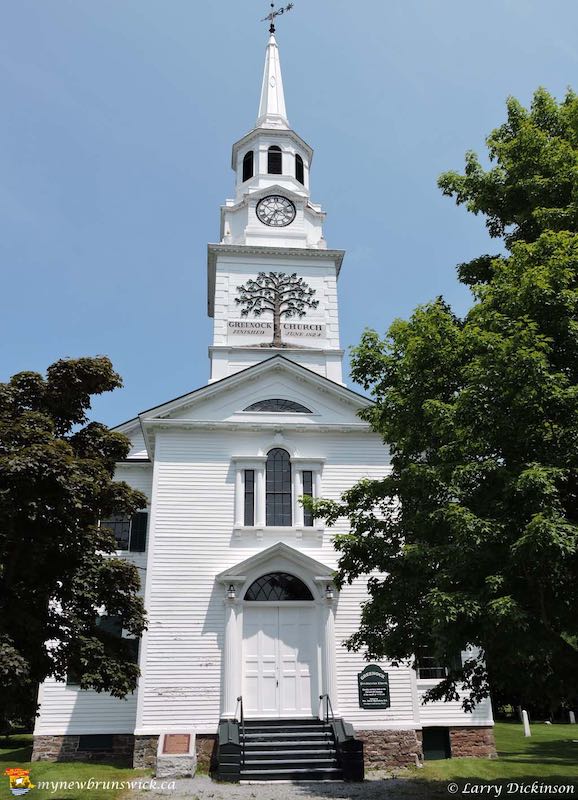 An upper balcony occupies two sides of the church with the southwest end being supported by ten handsome bird’s eye maple pillars. The most striking part of the interior is the pulpit which is a marvel of beauty and excellence. The top of the pulpit is level with the balcony floor. The pulpit is composed of mahogany and bird’s eye maple, the mahogany having been brought from Honduras specifically for the construction of the pulpit. Gordon Gilchrist was in charge of the work on the pulpit and no nails or hardware were used. 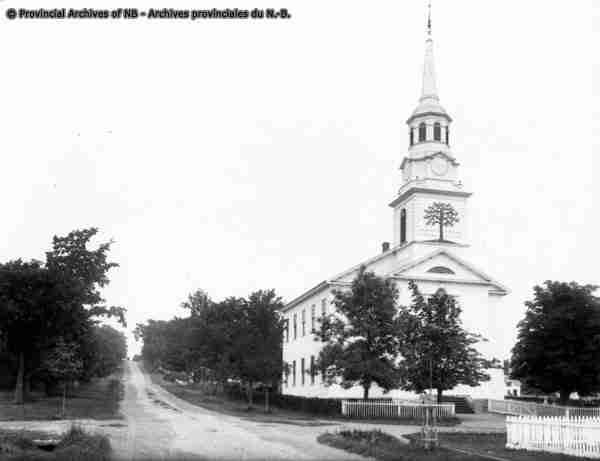 The main structure of the church is in the style of a large Colonial meeting house, while the vestibule and tower are British Palladian in style. An interesting element on the exterior of the tower is a carved representation of an oak tree in full leaf.

The Greenock Presbyterian Church is also recognized for its association with the early religious struggles in St. Andrews and for its connection with Christopher Scott and the Country of Scotland. From the arrival of the Loyalists in 1783 until 1820, the Protestant Church was the only church in St. Andrews. 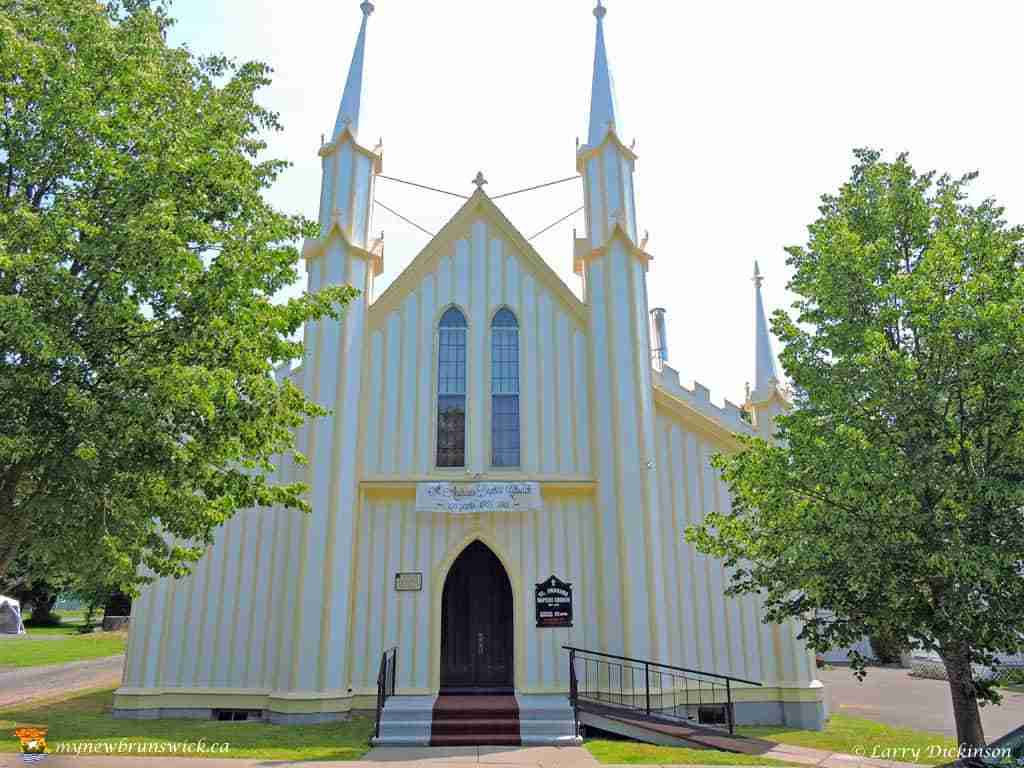 St. Andrews United Baptist Church is designated a Local Historic Place for its architecture and for its continual use as a place of worship.

Wesley United Church has welcomed worshippers for 100 years or more. 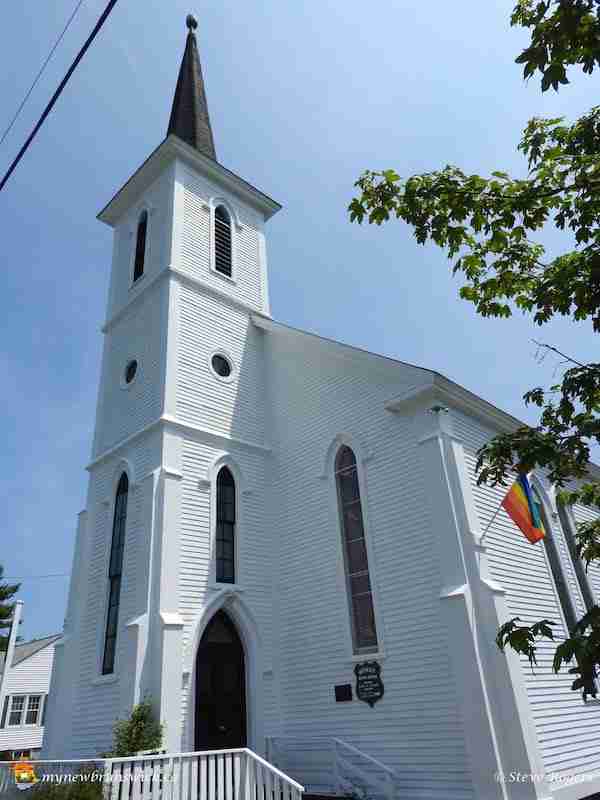 The first St. Andrews Catholic Church was erected in 1825 on the early Catholic cemetery. This building replaced it in October 1886. 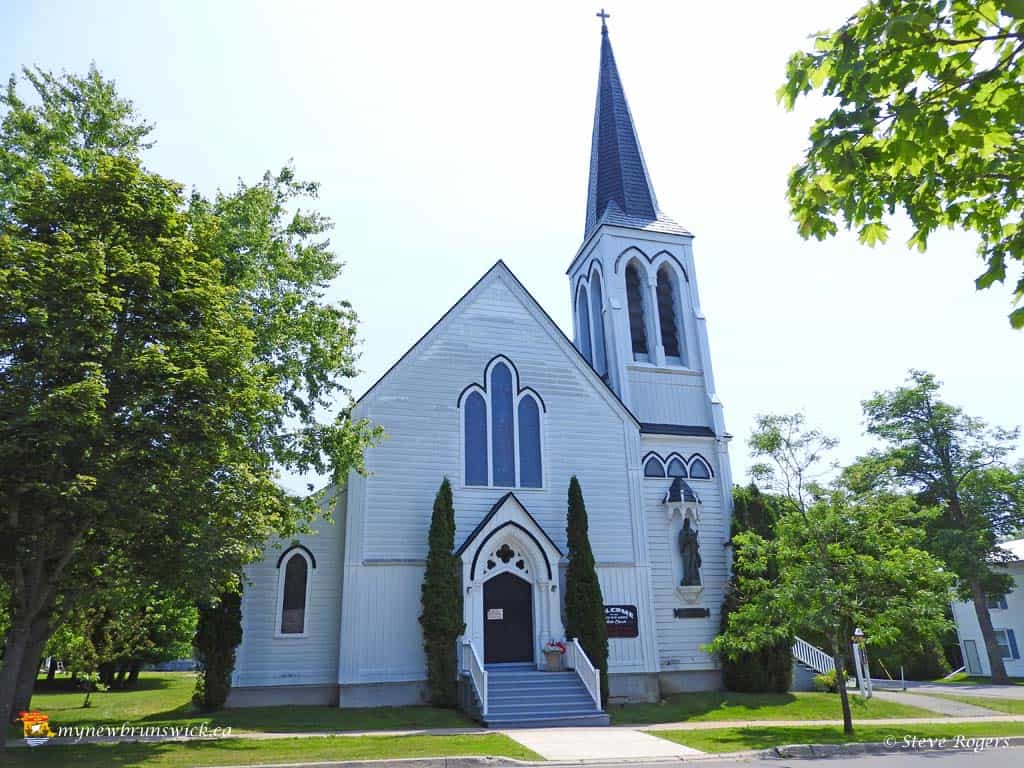 Located on the corner of Parr Street and King Street, St. Andrew’s Catholic Church is the third church on King Street travelling up from the water. Locally, the street is affectionately known as ABC Street as the three churches in order are the Anglican, Baptist, and Catholic.

Situated near the mouth of the St. Croix River, St. Andrew’s Catholic Church was first established as a parish in 1849.