The Parish of St. Anthony’s was established in 1887. The original Name was Saint Mary’s Parish, which was separated from St. Dunstan’s Parish. The land and lumber were donated. 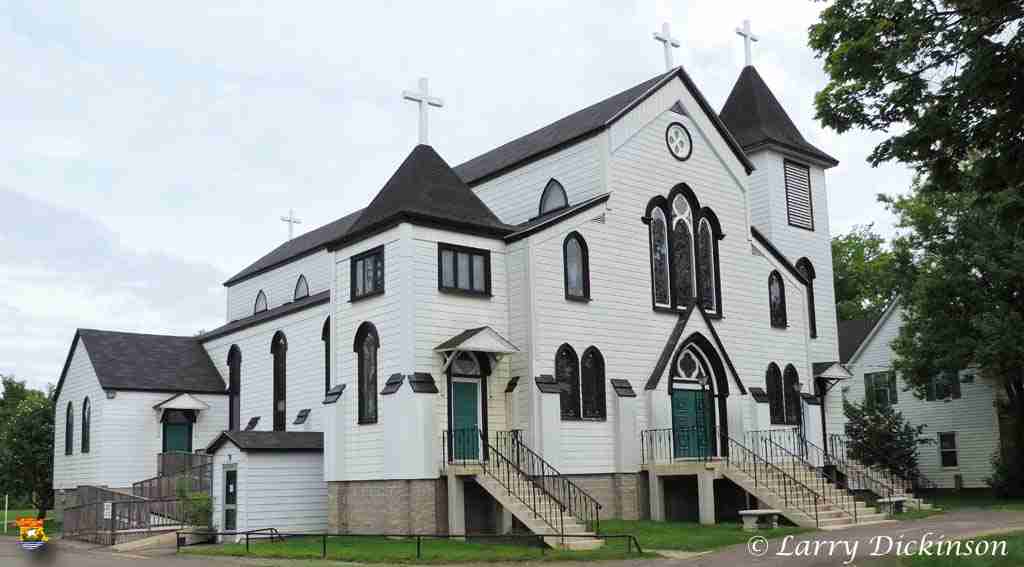 The Parish of St. Anthony’s was established in 1887. The original Name was Saint Mary’s Parish, which was separated from St. Dunstan’s Parish. The land and lumber were donated.

Geographically, the original parish included 1500 square miles. This was roughly all of York Country on the north side of the Saint John River. The Parish included the missions of Stanley, Tay Creek, Napadogan, Maugerville and Kingsley.

In 1890, the parish purchased a cemetery of two and one half acres for $157.50. In 1913 the road between the Catholic and Protestant cemeteries was rebuilt, with the cost shared between the denominations. Dedicated parishioners have always made the cemetery a picturesque part of the local landscape.

In 1906, the present structure was completed. The name was changed to honor Saint Anthony of Padua. In 1907, a new bell was blessed. It was manufactured by the McShane Bell and Foundry Co., Baltimore, Maryland. Structural changes have preserved the gothic style while meeting modern needs.

Saint Anthony was divided into the following new parishes:
– 1946 Saint Patrick’s in Stanley
– 1961 Saint Theresa’s in Nashwaaksis
– 1963 Our Lady of Fatima in Marysville

Follow Us on Social Media
Tags AboriginalsAcadianscatholicChurchesEnglishfrederictonirishLandmarksLebanesemcshane bell and foundrySpring