St. James and St. John United Church and Graveyard in Miramichi consists of a two-storey Greek Revival church built by master builder William Murray in 1829-1830, and the adjoining graveyard which serves as the final resting place of many prominent Miramichi pioneers. 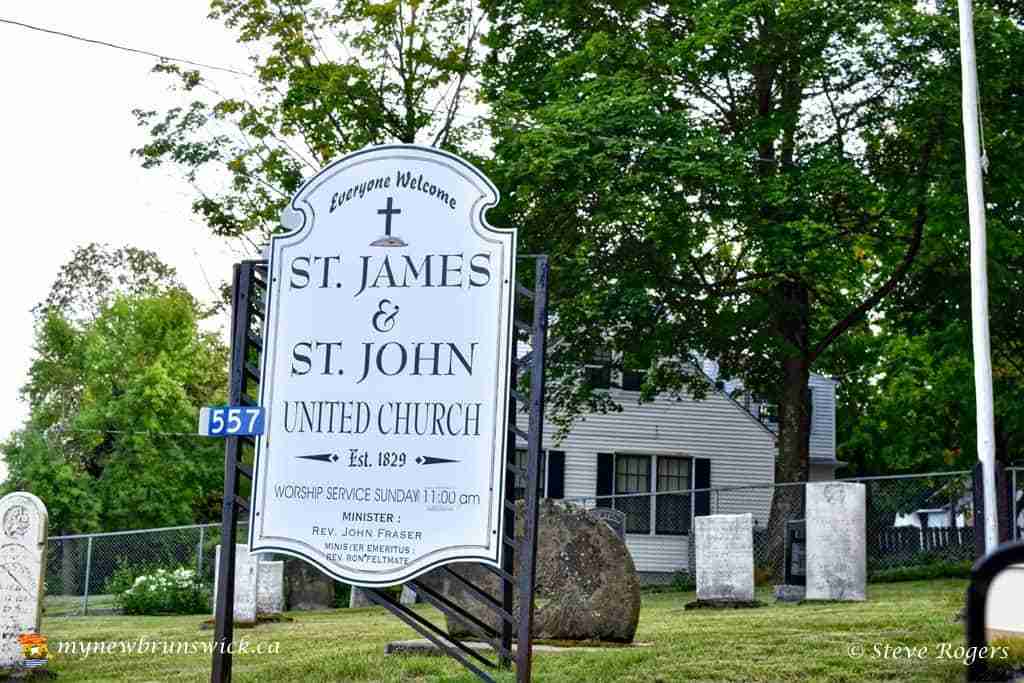 St. James and St. John United Church and Graveyard is recognized as a Local Historic Place for its association with prominent community leaders, its role in the religious history of the area and for its architecture.

St. James and St. John United Church and Graveyard represent the longevity of religion in the community. The church was built on the site of a partially constructed church that had been destroyed in the Great Miramichi Fire of 1825. With the formation of the United Church in 1926, the congregation of St. James’ joined St. John’s Methodist congregation and the church was renamed St. James and St. John United Church. Such elements as the pulpit and the chalices were obtained from St. John Methodist Church, reflecting the diverse roots of the new congregation. 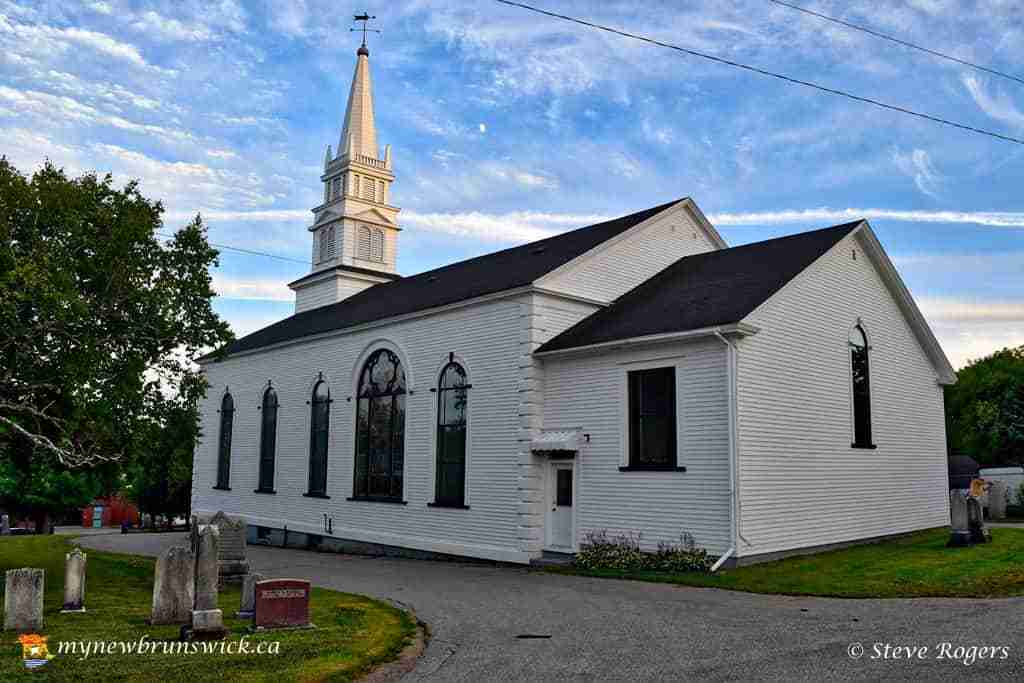 Originally built as St. James Presbyterian Church by master builder William Murray in 1829-1830, this two-storey building displays an overall symmetry and monumental detail that exemplify this style. The pine timbers used in the construction bear scorch marks resulting from their being salvaged from the forest after the Miramichi Fire of 1825. The current interior configuration reflects changes made in 1909 to accommodate a pipe organ, minister and choir rooms and changes to the gallery. The pipe organ was gifted to the congregation in 1919 by Lord Beaverbrook in memory of his father. 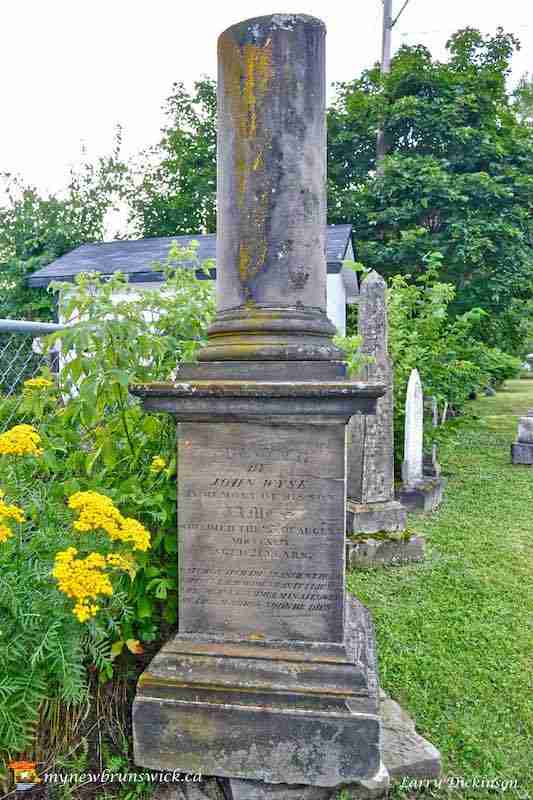 The graveyard surrounds the church on three sides and consists of tablets, obelisks, pilaster columns and pedestal monuments constructed of marble, sandstone, granite and slate. It serves as the resting place of many of Miramichi’s founders and pioneers, including Father of Confederation Hon. Peter Mitchell, benefactors John Harkins and Ernest Hutchison and Lord Beaverbrook’s father, Rev. William Aitken.