St. John’s Anglican Church is a grayish-brown concrete block church with Gothic Revival elements, situated on grounds that include an historic Anglican graveyard. These are located on Broad Road in the Town of Oromocto. 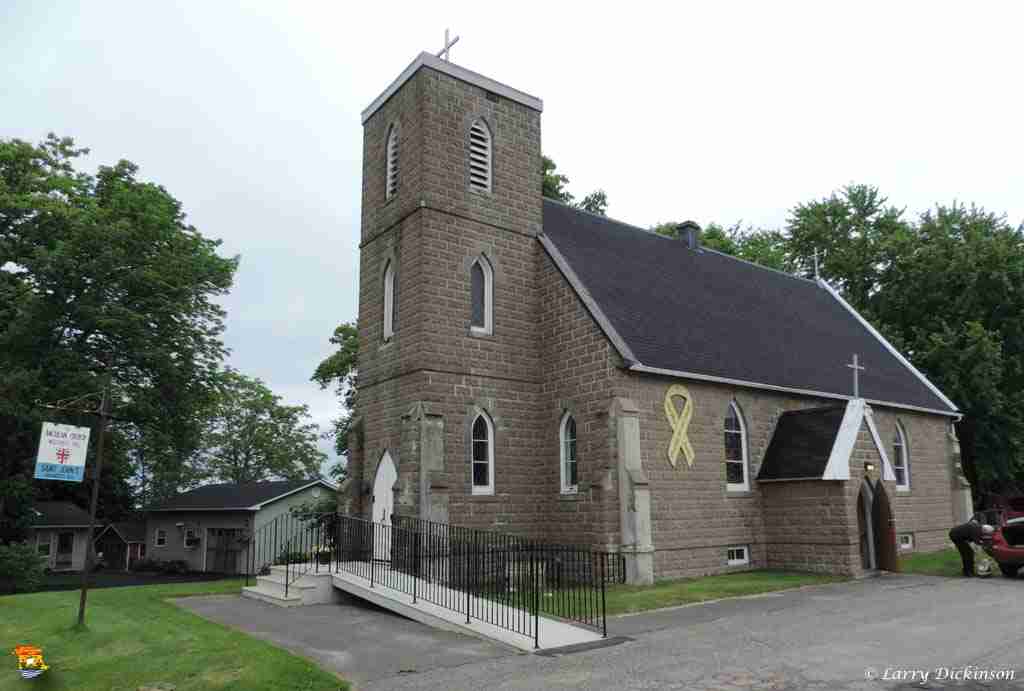 St. John’s Anglican Church is designated a Local Historic Place for its importance as a longstanding place of worship for the Anglican denomination in the Oromocto region, as well as for its straightforward architectural design using manufactured concrete blocks that was in fashion for modest Canadian churches between the two World Wars. 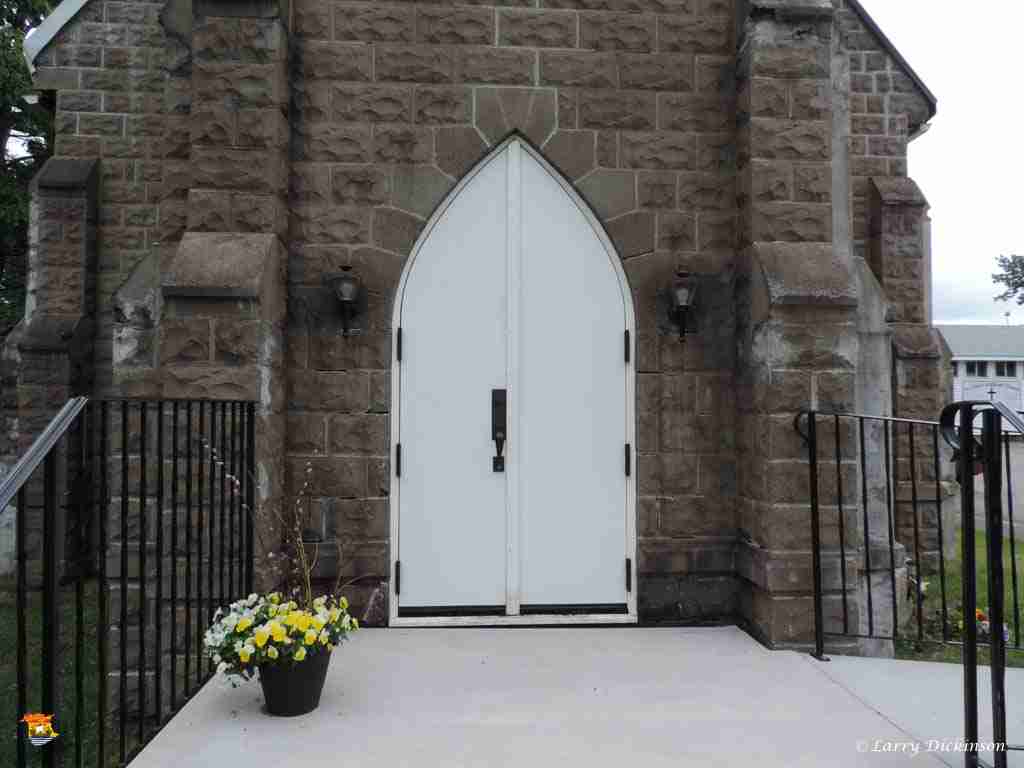 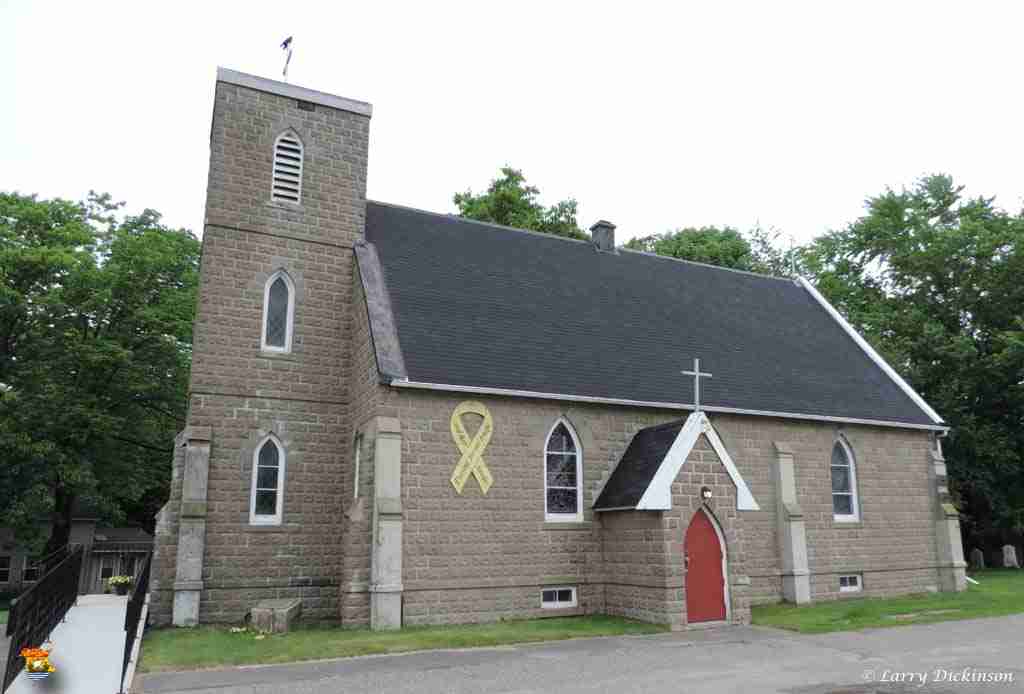 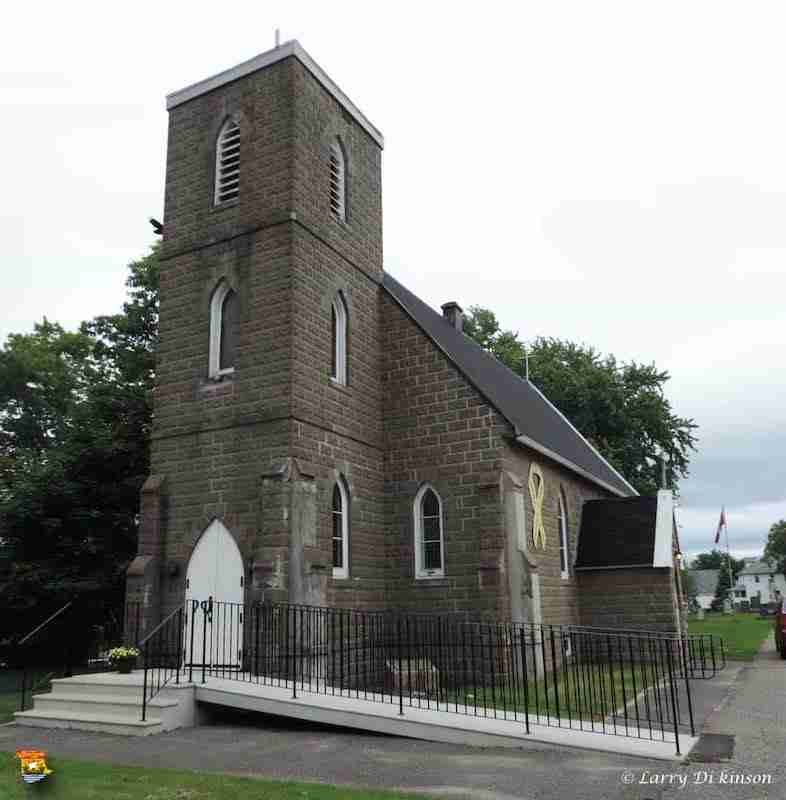 The first St. John’s Anglican Church was a primitive building built in Oromocto in 1792. This was followed by a wood and stone structure built in 1863-1864. On September 30, 1919, a massive fire swept through the village of Oromocto, destroying many of its buildings, including the Anglican church and rectory. The current church building was built shortly thereafter, using the plans of a Rev. Frenchette. With precast concrete blocks as its exterior wall material and wooden frame X-trusses for the roof structure, the new church was consecrated by Bishop Richardson in June, 1921.