The present St. Michael’s Basilica is a very imposing gothic structure overlooking the city of Miramichi. It is, in fact, the third parish church the origins of which date back more than 150 years. Here the faith has significantly shaped and guided both health care and education. 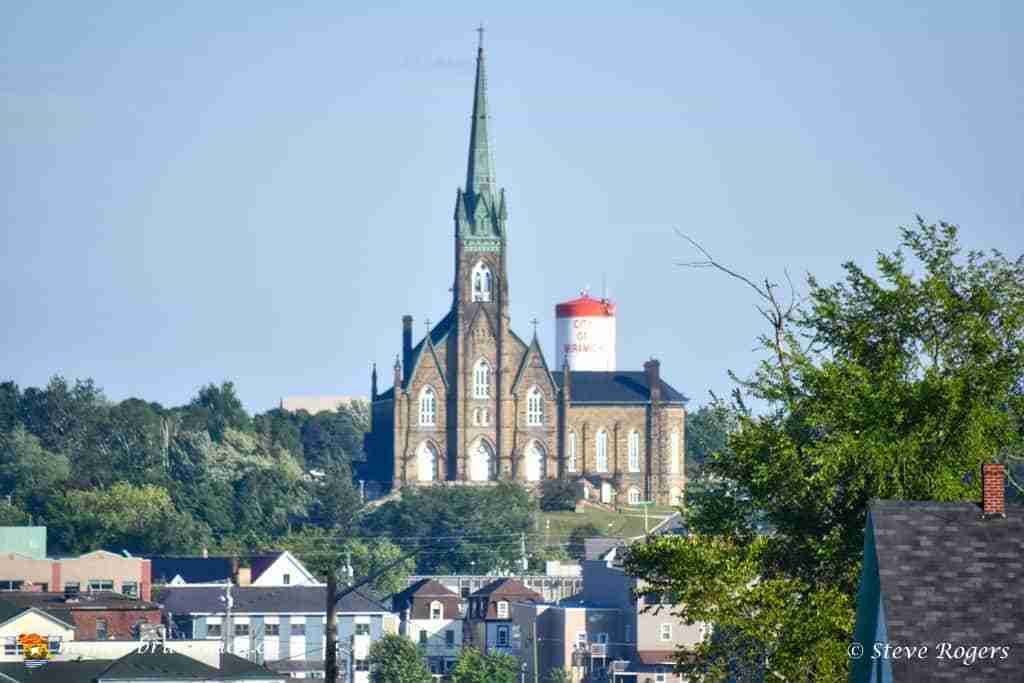 The religious history of the Miramichi area begins in the early years of the 18th century, when Missionaries from Quebec visited and ministered to Micmacs and to early settlers. By the late 1190’s there were enough Roman Catholics (mainly of Irish descent) to establish a church and burial ground on the Miramichi at Nelson.

In 1823, Bishop Plessis of Quebec City appointed Father William Dollard, Missionary to the Miramichi Valley, and he made Bartibogue his headquarters until 1826 at which time he moved to St. Patrick’s in Nelson. In 1833 Father Dollard was succeeded by Father Michael Egan of Thomastown Co. Kilkenny, Ireland. Father Egan founded the mission in Chatham and the new church was to bear the name of his patron, Saint Michael, the Archangel.

Soon, Chatham had enough Catholics to justify the purchase of land for a church and on March 17th, 1839, the first St. Michael’s Church opened for public worship. 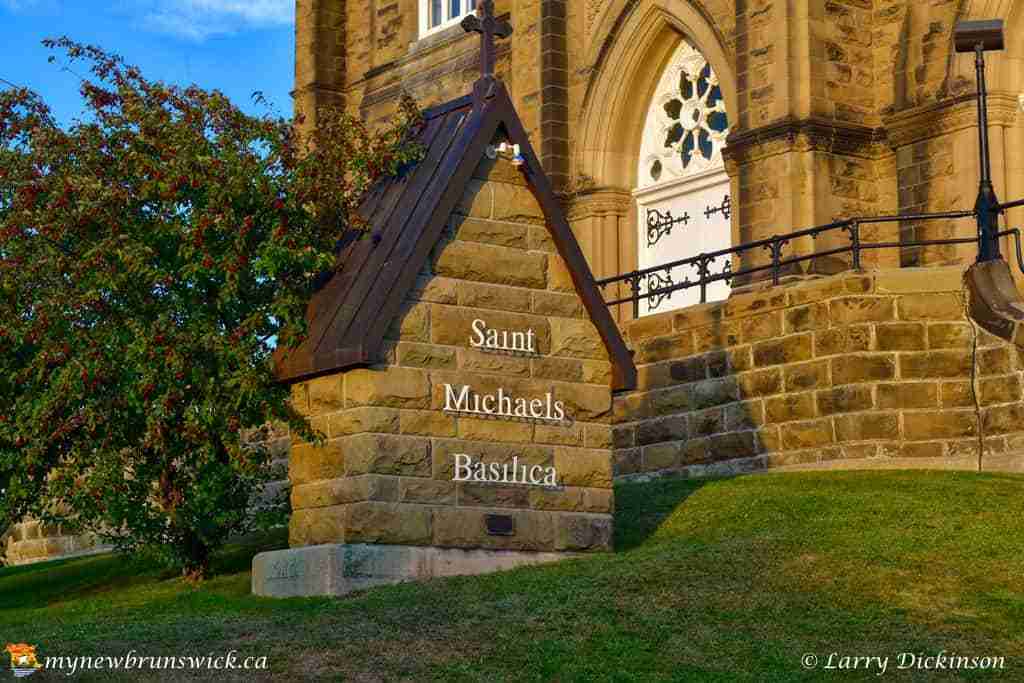 In 1843, Father John Shanahan, from Little Falls, N.Y., became the first resident pastor in Chatham. On December 24th 1443, Father Shanahan made his first entry in the baptismal records. Until this time, all entries had been made by missionaries. It was during Father Shanahan’s pastorate that Bishop Dollard made his first visit to Chatham to confirm 254 people.

In 1845, Father Shanahan was replaced by Father John Sweeney, Father John Sweeney was born in Ireland and moved to Saint John as a child. He was ordained by Bishop Dollard on September 1st, 1844. He built the first parish rectory for St. Michael’s in 1846. This building is now a museum and genealogical center. From this rectory, Father Sweeney gave the last rites to approximately 100 dying Irish immigrants at Middle Island in 1847. Father Sweeney left the parish in 1849 and Father Richard Veriker returned to St. Michaels. 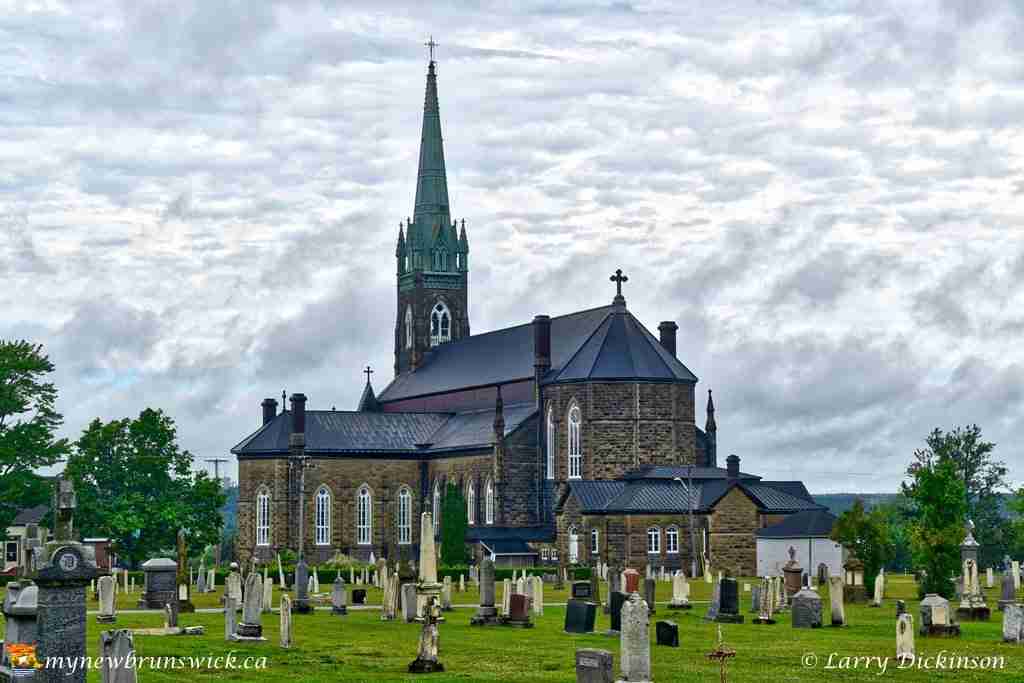 Shortly after the episcopal consecration of Father John Sweeney as third Bishop of New Brunswick of April 30th, 1860, the province was to see the birth of a new Diocese. St. Michaels became the seat of the Diocese of Chatham, which served the Catholics of the northern part of the Province.

Father James Rogers was consecrated the first Bishop of Chatham on August 15th, 1860 in Charlottetown, P.E.I., and was installed in Chatham on August 22n. Bishop Rogers was born on July 11th, 1826 in Mount Charles County Donegal, Ireland and emigrated with his family to Nova Scotia when he was 5 years old. He was ordained in Halifax on July 2nd., 1851.

Bishop Rogers expanded and added to the existing St. Michaels. During his first few years as Bishop, he added an episcopal and priests residence and a Bishop’s Chapel. Soon, a teaching area, library, and residence for teachers and students became the center of St. Michael’s Male Academy.

Bishop Rogers invited the Religious Hospitallers of St. Joseph of Montreal to minister at the leper colony in Tracadie in 1868. Members of the same community came to Chatham in 1869 to open a convent and hospital. On July 16th, 1869 the four foundresses: Mother Davignon, Sister McGurty, Sister St. Louis, and Sister Vitaline opened Chatham’s first Hotel Dieu Hospital in the Rectory built by Father John Sweeney. These same Religious would later, in 1919, open St. Joseph’s Preparatory School for boys also in the old rectory. 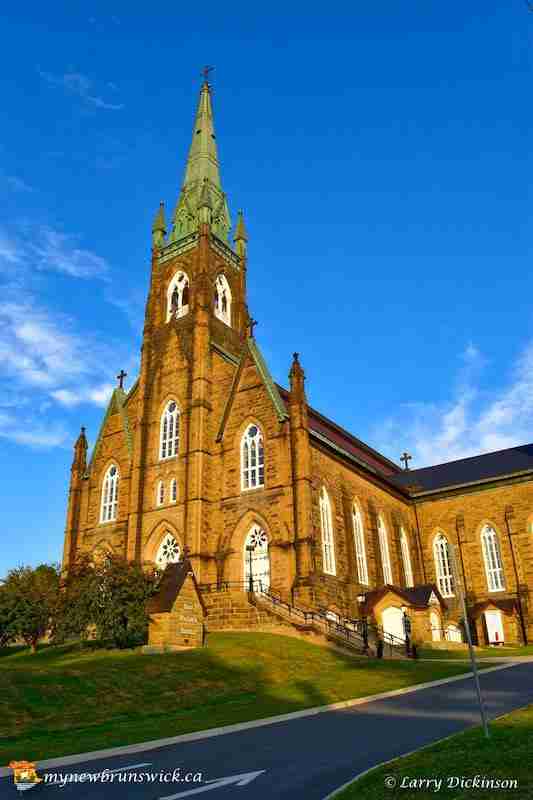 On February 14th, 1878, the entire complex of buildings surrounding and including the church, with the exception of the old rectory, were reduced to ashes. The alarm was raised at two thirty A.M. by Bishop Rogers and Thomas Fitzgerald (a student). The Miramichi Advance of February 21st, 1878, states: “As the wood composing the Cathedral was very dry and very flammable, the structure seemed to go down before the fire like dry leaves.”

After the fire of 1878, Mass was held in a large school room of St. Patrick’s Hall downtown. At a parish meeting, a committee was struck to solicit contributions, to repair the loss and to provide immediate temporary accommodations, as well as a permanent Cathedral.

A second St. Michael, another wooden structure, was built on the same site and plans were drawn for the building of a new Cathedral. In 1900 Father Thomas Barry, Parish priest of Bathurst was named co-adjutor Bishop of Chatham with the right of succession. When Bishop Rogers resigned in 1902, Father Barry became the second Bishop of Chatham.

Bishop Barry immediately began construction of the Cathedral. Stones were quarried from Millbank and French Fort Cove, and transported across the river by parishioners. The Basement of the new stone church was opened for worship on June 9th, 1908 when the Rt. Rev. Msgr. William Varrily blessed the church and celebrated the first Mass. 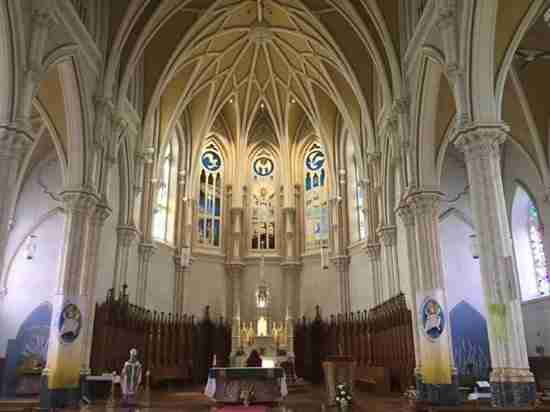 In September of 1922, Patrice-Alexandre Chiasson became the Third Bishop of Chatham and he supervised the completion of the Church, and installed several of the stained glass windows in the sanctuary. It was during his tenure in 1938 that the seat of the diocese was moved to Bathurst.

In 1970-1971 St. Michael’s Church was renovated to conform to the directives of Vatican II, and in 1983, the church basement was finished to provide space for a great number of Parish activities. 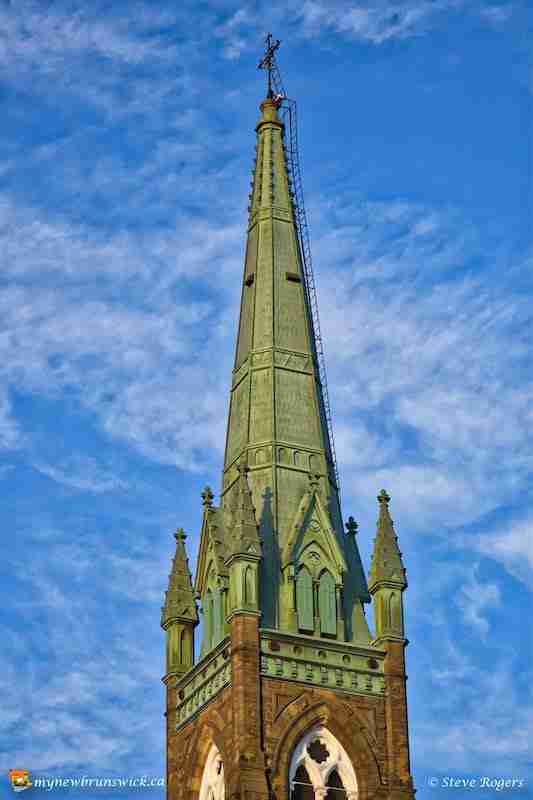 In 1989, on its 150th Anniversary, St. Michael’s Basilica was elevated to a minor Basilica by Pope John Paul II and Most Rev. Edward Troy. D.D., Bishop of Saint John presided at the consecration and declaration. Saint Michaels continues to play a leading role in the community and the various committees of the Parish Council are active in caring for the spiritual and temporal needs of the people.