The parish of St. Patrick was inaugurated in 1887. A note from Father Henry Joyner, pastor of the Assumption Parish in Grand Falls, tells us that the mission of Limestone, was inaugurated by Fr. J. J. O’Leary, pastor of Grand Falls from 1870 to 1889. Fr. Raymond Pennafort, O.F.M. was the first Franciscan to celebrate mass in the old St. Patrick church that was destroyed by fire on June 6, 1953.

Father Pennafort’s first mass was celebrated March 3, 1923, after Bishop Chiasson of Chatham on February 26, 1923, authorized the Franciscans to take over the mission of Limestone Siding.

Ten years after the inauguration in 1897, a church was built. There is a picture of this original church in the parish hall. This church is the one that was destroyed by fire in 1948.

For many years the parish was administered by the pastors of Grand Falls. Father Thomas Albert, pastor of Grand Falls from 1921-1924, wrote to Fr. Hugolin Lemay, O.F.M. on October 18, 1922, Superior at Maliseet Indian Reserve. That started the negotiations to transfer the parish of Limestone Siding to the Franciscans.

As a consequence, letters went back and forth from Bishop Chiasson and Father Thomas Albert. Father Jean-Joseph Deguire O.F.M., dated October 12, 1922, expressing the desire to transfer the mission of Limestone Siding to the Franciscans.

A letter from Father Lemay O.F.M., dated November 17th 1922, to Father Albert says it is the Franciscan Provincial’s greatest desire to accept the mission. In a letter from Father Albert on November 28, 1922 to Father Hugolin and Bishop Chiasson it is said, among other things, that service in general would be in English, if the Franciscans accepted the mission. In a letter dated February 12, 1923, Father Jean-Joseph writes to Father Hugolin that the Franciscans have accepted the mission on a temporary basis. The Franciscans retained charge of the mission of Limestone Siding from 1923 until the departure of Father Lionel Beaulieu on August 27, 1978. Father Lionel passed away on August 29, 1985.

As far as we know, Father Raymond Pennafort celebrated the first mass March 3, 1923. He travelled back and forth to Maliseet crossing the river in a boat or on the ice. We were told that for short periods of time he lived in the rectory next to the church.He was one of those Franciscans who from 1921 until 1942 devoted themselves in the missions entrusted to the Franciscans in New Brunswick. 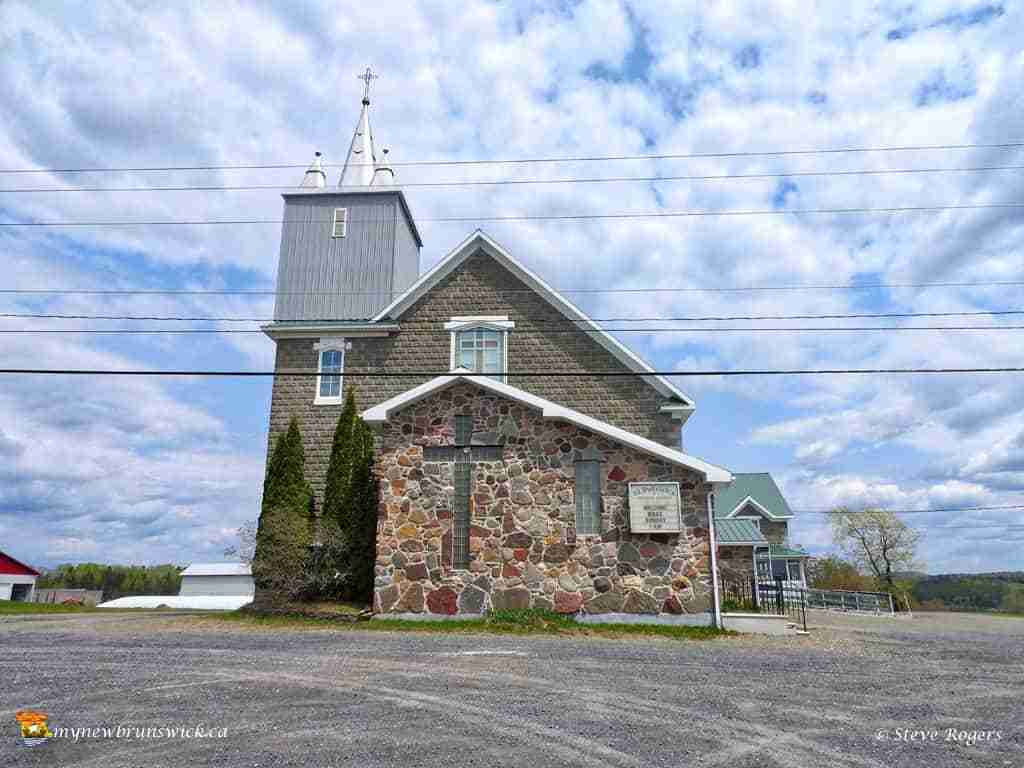 On the 6th of June 1948, tragedy struck the parish when St. Patrick’s Catholic Church and church hall were both reduced to ashes by fire. After the fire, masses on Sundays starting on June 17, 1948 were celebrated in a new barn belonging to Jim McCarthy. Plans for the construction of a new church were immediately begun, and on the first Sunday of Advent, November 28th, 1949, the first mass was celebrated in the basement of the new church. On September 29th, 1953, Bishop J.-Roméo Gagnon blessed the new church. Father Berard Nobert completed the new church in 1953 and remained at Saint Patrick even after Father Lionel Beaulieu O.F.M. came to replace him.

Father Berard died on February 3rd, 1975 at the age of 88 and is buried in the Parish cemetery at Saint Patrick’s. Father Lionel was the last Franciscan Father to reside in the parish until 1989 when Father Norman Thibodeau occupied the rectory for a few months. In 1978 Father Lionel replaced by Father Ovide Tanguay who was also pastor of the Parish of Our Lady of Mercy at Aroostook, NB. Due to illness, Father Ovide left his two parishes and returned to Montreal. During the time between 1978 and 1986 several priests assumed the pastoral care of the parish.

They included Father Norman Thibodeau, pastor of the Indian Reserve at Maliseet, Father Roméo Cormier, Father Léo Grégoire, I.V.D. of the Parish of Plaster Rock and the mission of Red Rapids, also increased his work load and provided pastoral care at Saint Patrick’s until July 1986 when Msgr. George Travers took charge as parish priest. Msgr. Travers, a retired Brigadier General from the Canadian Armed Forces, and its Chaplain General, was originally from Baker Brook, NB. Msgr. Travers gave up his pastoral charge because of serious illness in late November 1988, when he was replaced by Father Léo Grégoire, I.V.D. (Msgr. Travers died in March 1996.)