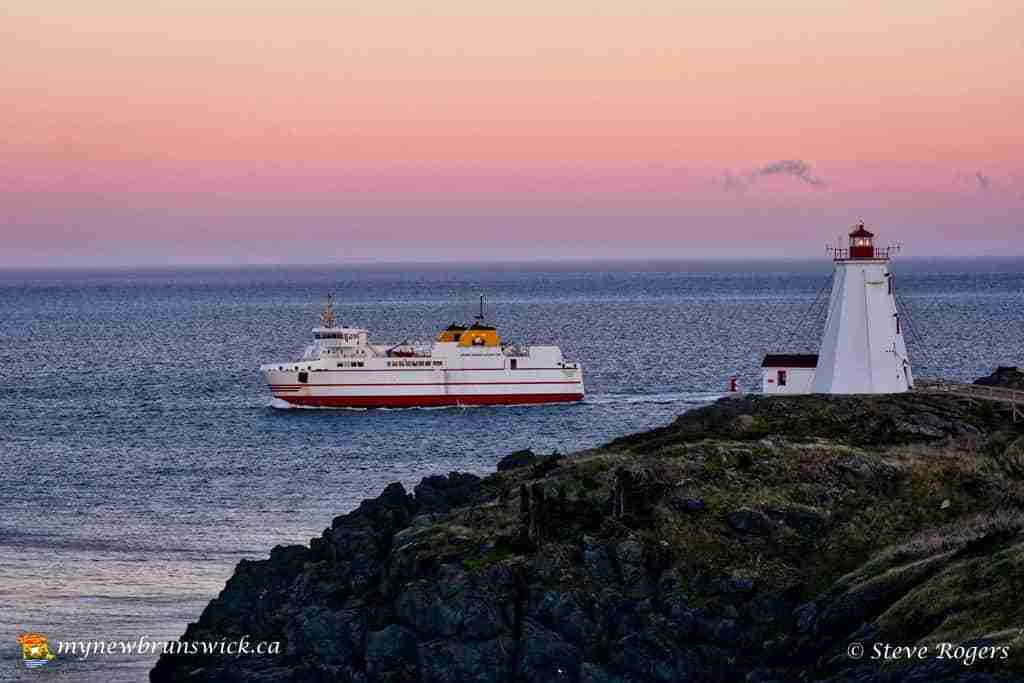 Access to this location is down very steep cement stairs, across a footbridge over a deep gully and a walk on a gravel path over hilly ground. There’s a large two-storey lightkeeper’s residence and one-and-a-half storey boathouse that sits on a grassy area on the cliff top. On the hilly peninsula beyond the house is Swallowtail Lighthouse. There were wooden walkways to the light house from the keeper’s residence. In bad wind storms, the families had to keep checking the walkway to make sure it was still intact. 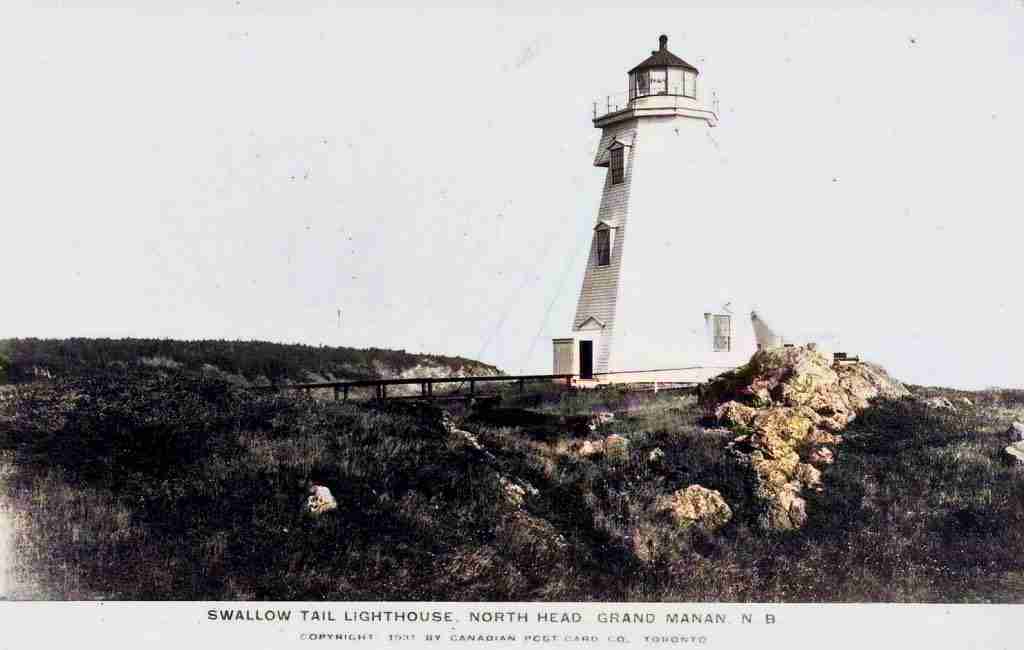 In 1986, Swallowtail Lighthouse was automated and the Light Keeper’s House was closed. The house was turned over to the Village of Grand Manan by the Canadian Government. From 1997 to 2003, the Light Keeper’s House was leased and run as a seasonal bed and breakfast called “Swallowtail Inn”. From 2003 to 2007, the building was closed. Through 2008-2009, a group of interested Grand Manan residents formed The Swallowtail Keepers Society to work to preserve this integral part of the Island’s heritage.

The original one-and-a-half storey boathouse pre-dates the current Light Keeper’s House dating possibly from the 1860’s. It is built on posts covered in a wooden skirt. The uneven doors on the southern end of the building were used to facilitate the moving in and out of a skiff. This simple utilitarian building has seen very little retrofit over the years.