The origins of Red Rose Tea can be traced to Atlantic Canada over 100 year ago, when Theodore Harding Estabrooks was born in Wicklow in 1861.

His education was gained in the public schools of NB, the grammar school at Sheffield, and at Kerr’s Business College in Saint John. Mr. Estabrooks married Miss Mary E. Crothers, daughter of the late Mr. and Mrs. Thomas Crothers, Upper Gagetown. He passed away in 1945 and is buried in Fernhill Cemetery, Saint John. In April 1884 he entered the employ of W.H. Harrison and Co., Smythe street, Saint John, importers of molasses.

In 1894 Estabrooks opened the doors to his own business on Dock Street in Saint John, blending and packing teas that would offer his customers the highest quality beverage experience cup after cup. Its orange pekoe tea is said to be made from only the top two leaves of each tea plant sprig, thus ensuring the best quality. The idea of a pre-blended and packaged tea was innovative, and the business quickly expanded throughout Atlantic Canada.

Red Rose’s old commercials introduced the catchphrase, “Only in Canada, you say? Pity….” (The catchphrase was transformed by Canadian popular culture to, “Only in Canada, eh? Pity….” Red Rose brand tea has been available in the United States since the 1920s, but it’s a different blend of black pekoe and cut black teas compared to the orange pekoe sold in Canada.) Another slogan was “Red Rose Tea is Good Tea.” George Wade came into ownership of Wade & Sons of Burslem, England in 1899, eventually renaming it George Wade Pottery. The style of figurines known as “Wade Whimsies” first appeared in the 1950s, and have been a regular promotion in Red Rose Tea in the United States since 1983. Many Canadian tea lovers fondly remember the collectable porcelain figurines. These miniatures were quickly snatched up by enthusiastic collectors. 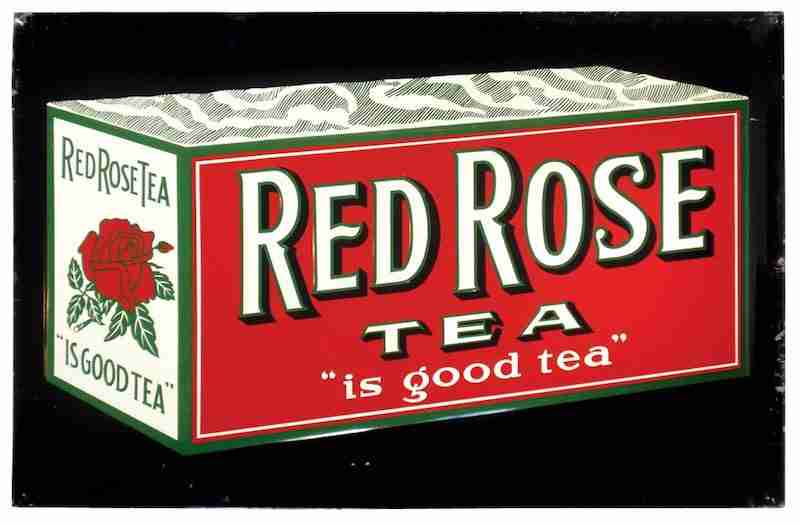 Red Rose is owned by Unilever in Canada, and by Redco Foods in the U.S. The brand was formerly owned by Brooke Bond Foods of the UK.

One thought on “Theodore Harding Estabrooks”