The Town of Hampton is located 35 km northeast of Saint John, and is a small, friendly community with many points of interest and beautiful natural scenery. It’s on the Kennebecasis River, a tributary of the St. John River.

Although the area had been settled by the Indians and French as far back as the 1600’s, it was not until the coming of the Loyalists in 1783 that any lasting settlement was made in this area.

Kings County, one of the eight original New Brunswick counties, was established on July 4, 1785 with four parishes (townships) – Westfield, Springfield, Kingston and Sussex, with Kingston the Shiretown. The County now has 15 parishes. The parish of Hampton was “set off from parts of Kingston and Sussex in 1795. It is not certain how the name Hampton was chosen, but it is thought that the name was brought by the pre-Loyalist English settlers.

The Kennebecasis River was the chief means of transportation. Over time, roads, a ferry, and the railroad all contributed to the growth of this area.

In the early 1800’s shipbuilding flourished but agriculture was the chief industry. There was also a tannery, a shingle mill, a grist mill, a sash and carriage factory, a bobbin and spool factory, a mill and two casket makers. On Front Street could be found various kinds of stores, hotels, a lawyer, a blacksmith, a doctor and an undertaker.

Kingston had been the Shiretown of the County (Kings) until 1870, when it was moved to Hampton. A Court House was built, but the granite blocks of the jail were dismantled at Kingston and hauled by oxen and horse, on ice and road, and rebuilt at Hampton. The official weights and measures found in the Court House are made of special metal and were brought from England in 1854.

The grounds of the Court House were the scene of the celebration of Coronation Day, 1937, for King George V. To mark this historic event over 2,000 people gathered to watch a parade and listen to music, speeches, and prayers. The program was timed to hear the King’s broadcast speech which was followed by a ‘Fue de Joie’ fired by the machine gun troop of the 8th Hussars and then the National Anthem. In the evening there was a Band Concert with community singing, a bonfire, fireworks and a dance in the Agricultural Hall

Among other things, the Village of Hampton had the honour of having the first recorded telephone in the Province. It was leased by the agents to G. & G. Flewwelling Co. for testing purposes. There was another line between the mill and the store. The first Central for the NB Telephone Company was in T. C. Donald’s drug store. 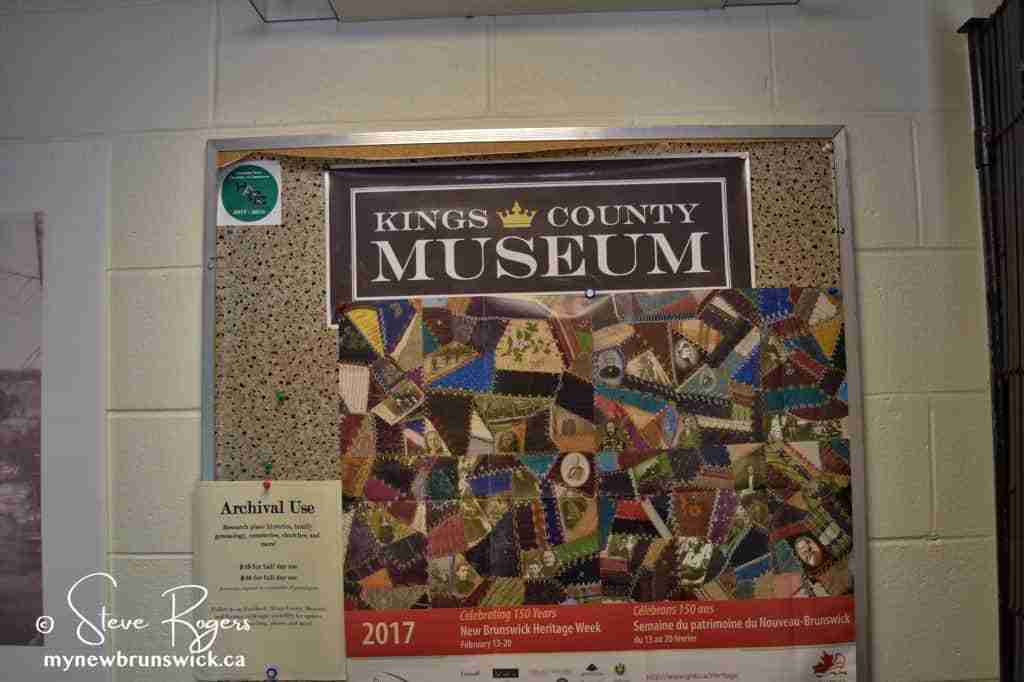 The Kings County Museum, located in the Centennial Building, is operated by the Kings County Historical and Archival Society. It is open to the public and houses an extensive collection of artifacts related to past life in Kings County and elsewhere. 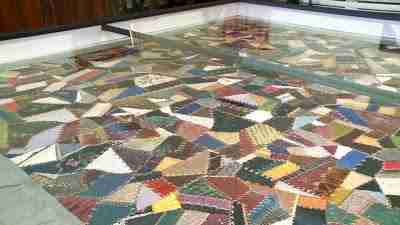 It also contains the Confederation Quilt was created by Kings County resident Fannie Parlee in 1864. Parlee saved silk and velvet pieces from the gowns she made for ladies attending the balls and galas of the Charlottetown Conference in 1864 and a print dress worn by an 8-year-old girl who came to Kings County as a Loyalist over 200 years ago. With many different types of stitches, the Hampton woman pieced together 16 large blocks and four smaller blocks into a variegated crazy quilt. She finished it with a grey ruffle, embroidering the date on the back.

Hampton is blessed with beautiful marsh areas, rich farmland and abundant wildlife. In the spring the marshes flood to prepare this nutrient-rich habitat to nourish the extraordinary wildlife and variety of vegetation it contributes to the Province of New Brunswick and to Hampton, a nature lover’s paradise.  In the summer boaters sail the rivers and lakes, and hikers climb the mountains and walk the trails in unpolluted air. Brilliant reds, yellows and greens edge the roads, decorate the streets and replace the lupins before the snow comes. Then the skis come out, snowmen smile and skates skim the river. The Town of Hampton is a truly beautiful community to live and play in, offering its residents services and facilities that provide an enhanced quality of life.

Click on a thumbnail to see more pictures
[Show slideshow]