The Parish of Saint John was founded by the United Empire Loyalists during the American War of Independence. The Loyalists, who wished to remain loyal to the British Crown, fled the United States to find freedom and help establish a new nation. There were three thousand souls who arrived on May 18, 1783, on the rugged, tree-covered shores at a small colonial trading post on Saint John Harbour. They came in twenty ships from New York, and were among the first political refugees of the modern era. 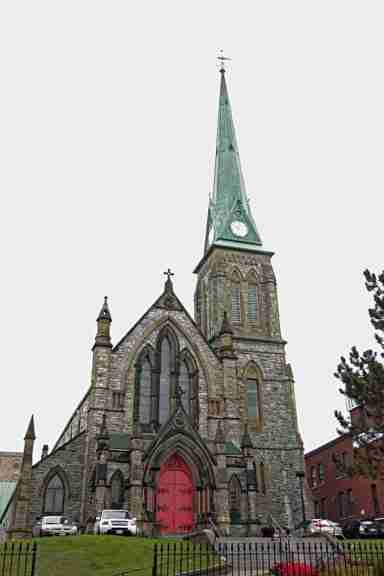 One of their first concerns was a church, and Trinity, the oldest established Christian congregation in the City of Saint John, has been housed in three buildings during its more than two hundred year history. In the Parish of Saint John, the first church of the Loyalists was called simply the “Parish Church”, and served also as the courthouse and public meeting hall. From 1784 to 1791, services were held in this first frame building, erected in the City on Germain Street between Duke and Queen Streets. It was, at first, unheated and was eventually provided with pulpit, lectern, Holy table, stoves, and pews. One of the first officiants was the Rt. Rev. Samuel Seabury, the first Bishop of the Episcopal Church in the newly formed United States. He stopped in Saint John to visit friends of his family on his way back from his consecration by the bishops of the Scottish Episcopal Church. 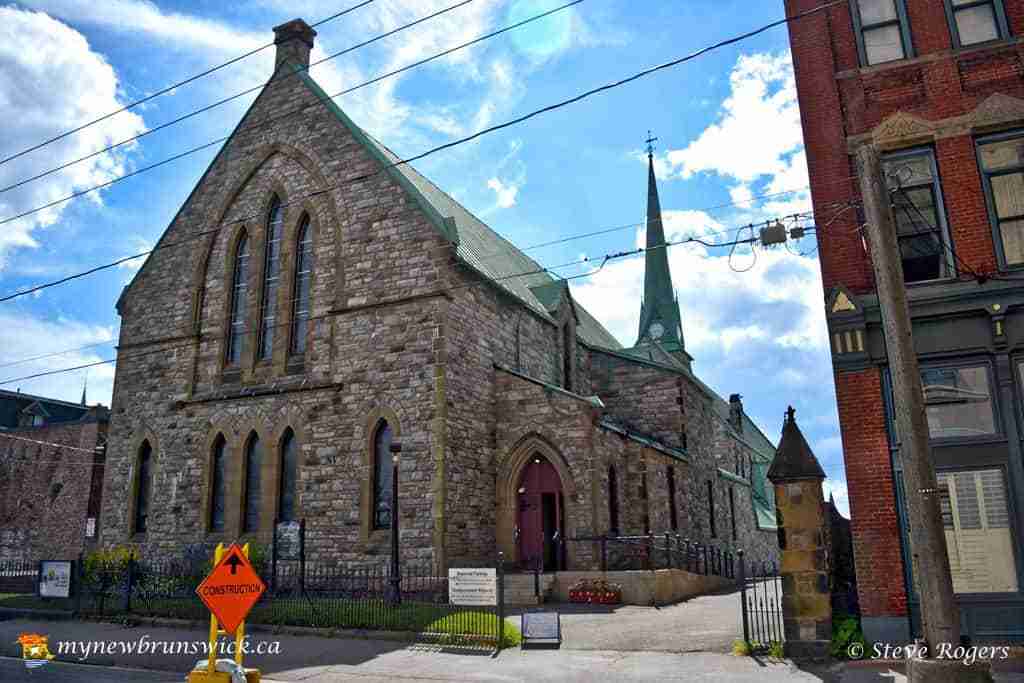 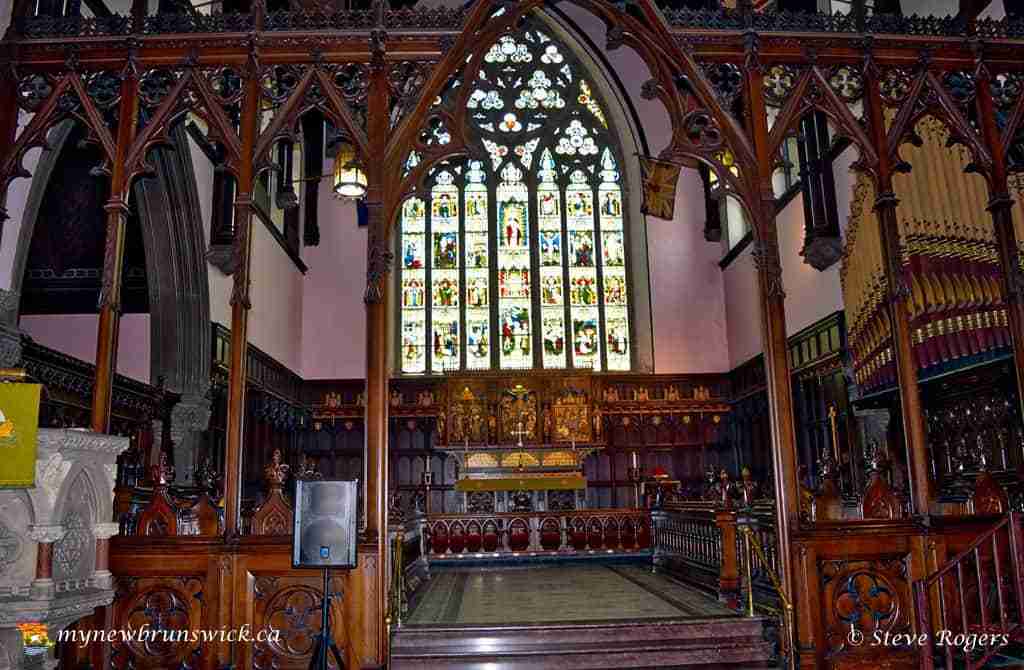 The church was named by the Right Rev. Charles Inglis after the Trinity Church in New York, and was completed in time for services Christmas Day, 1791. The Rt. Rev. Inglis, first overseas bishop of the British Possessions, laid the cornerstone of the second church on August 20, 1788. 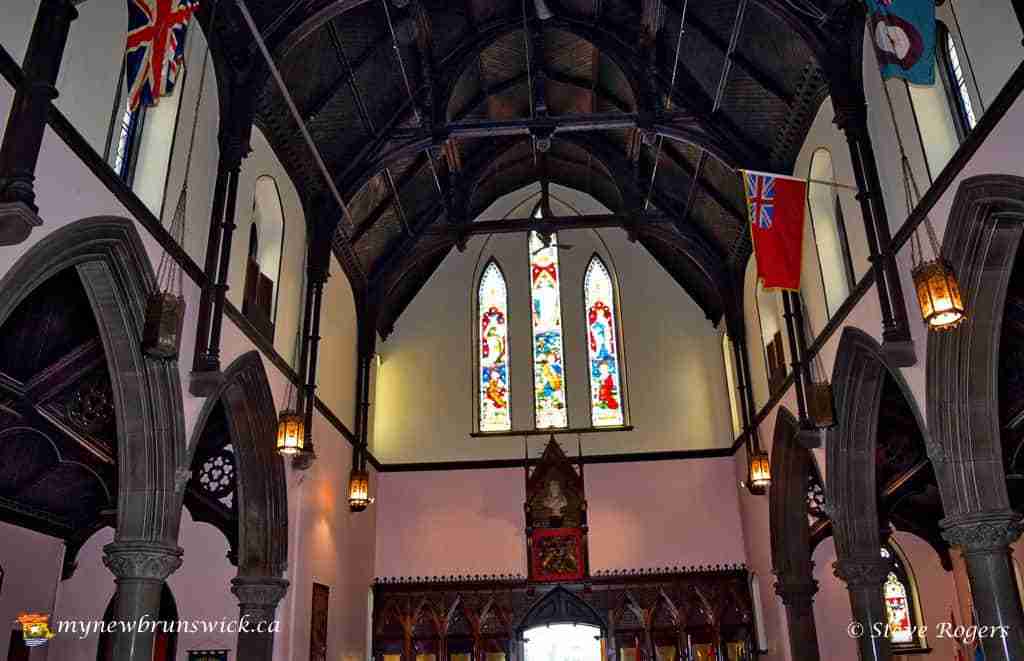 It was a simple Georgian structure and was consecrated by Bishop Inglis on August 29,1792 in a service which included the first ordination ever held in New Brunswick. The Rev.Frederick Diblee, first rector of Woodstock, and Rev. Oliver Arnold, first rector of Sussex, were ordained priests.

In the 1850′s, Old Trinity was elaborately renovated and became an imposing edifice of Gothic architecture. Old Trinity served its congregation for 86 years. The Great Fire of Saint John in 1877 destroyed the church, along with a great portion of the City. Only the Communion vessels, parish registers, and the Royal Coat of Arms survived. Many families of the Parish had lost everything, many families for the second time in one hundred years, but the destruction of Old Trinity was very keenly felt. No time was lost in replacing the edifice that stands today.

The cornerstone of the new church was laid on May 19,1879, the Sunday following the anniversary of the Loyalist landing of 1783. The usual “time capsule” was inserted in the cornerstone and contained dials of the old clock, a history of the Parish, copies of books pertaining to the area, pictures and other data of interest. The trowel used on the cornerstone is found in the Baptistry, to the left of the doors, and is over the cornerstone of the church. Construction of the church proceeded without incident, and the “School House” was used for services on February 1, 1880. The Church was completed later that year, and consecrated by the Most Rev. John Medley, First Bishop of Fredericton, on December 9,1880. Camp Medley, the Anglican Youth Camp, was named in his honour.