Early in the 20th century, with thoughts of conservation spreading, and the establishment of a forestry school in Toronto (1907), individuals began suggesting a more sophisticated and technical approach to forestry. On several occasions, Dr. C.C. Jones, UNB Chancellor, expressed a vision of a forestry department at the University, following a meeting of the Canadian Conservation Commission a year earlier) and the Forestry Convention on Forestry at Ottawa. As early as 1904 the UNB senate was recommending a forestry chair. Chancellor Jones, with persistence, suggested the establishment of a forestry program to serve this need. 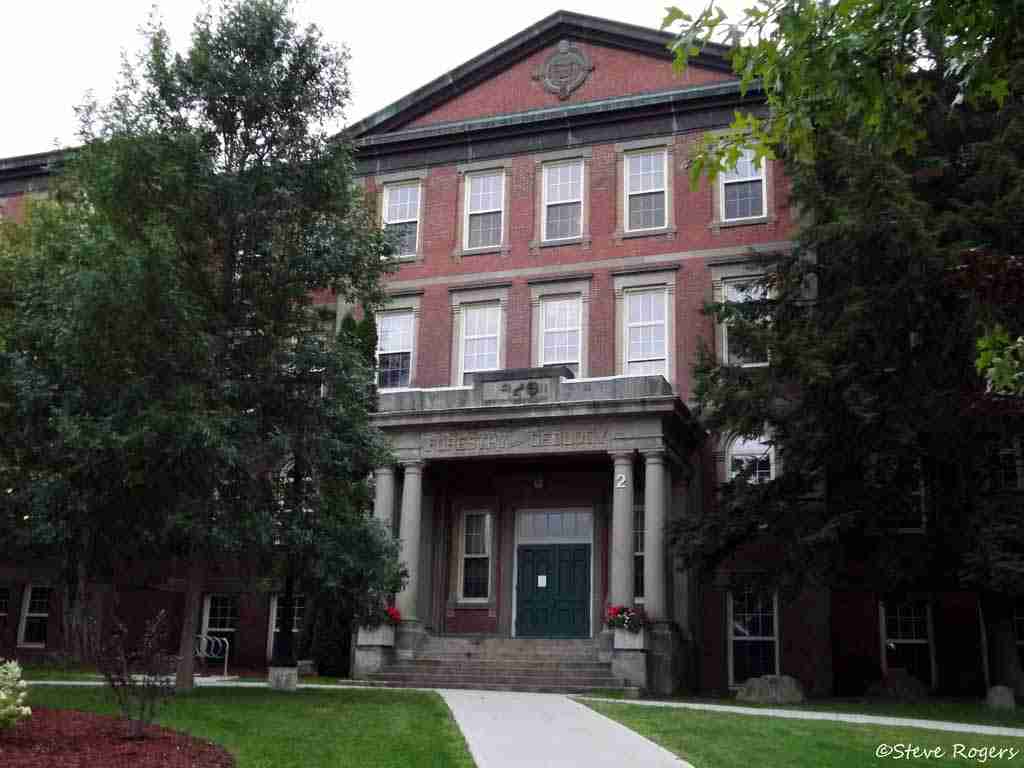 Finally, in 1908, the Department of Forestry, within the Faculty of Applied Science was established. The first department head was Dr. Robert “Dusty” B. Miller. He was paid $1400 per year and he had no staff. He had three rooms in the basement of the Old Arts Building for a classroom and labs. By the end of 1927 the professor was Horace P. Webb (BScF’20, MScF’23) and his workload for the professor was to give eighteen lectures per week in twelve different subjects, conduct ten laboratories per week and supervise the Saturday field work. The Senate agreed to hire a second professor of forestry.

A four-year bachelor degree was offered with two years theoretical followed by two years practical (Dickson 1983). In later years, Dr. Colin B. Mackay, UNB president, 1953 – 1969, commented “One of the main reasons for the establishment of a forestry school at NB’s provincial university was the pressing need for men trained in theoretical and practical knowledge to conserve our forest wealth.”

By 1937, professional foresters were graduating from several forestry schools in Canada. Forestry schools in Ontario, British Columbia, and New Brunswick had graduated approximately 450 forestry individuals by this time. Of these, UNB accounted for 147, the University of British Columbia for 38, and the University of Toronto for 264 (Bunyan 2005). That same year the Foresters Act of NB led to the establishment of the Association of Registered Professional Foresters (RPF) in NB.

After WWII, professional forestry education in NB began to expand noticeably. The Maritime Forest Ranger School was established in April 1946 by New Brunswick and Nova Scotia provincial governments in cooperation with the wood-using industries of the two provinces. The forestry department at UNB became a faculty in 1947 with Dr. J. Miles Gibson as the first dean. Forestry graduates at UNB topped 252 between 1949 and 1950 as returning servicemen took advantage of government-sponsored education programs. By 1947 a third floor had been added to the Forestry and Geology building at UNB.

Also in 1947, the original four-year Bachelor’s programme was extended to 5 years. Courses such as photogrammetry, forest products, report writing and public speaking were added, plus a wide range of electives. In 1968 a new five-year bachelor’s degree in Forest Engineering was established, graduating its first five students in 1971. Now, 60 years later, the faculty is reducing both its forestry and forest engineering programmes to four years.

In 1976, a new annex to the old Forestry and Geology building was completed. Called the New Forestry Building, it provides additional space for faculty offices, student computing facilities, and various research labs.