The building that housed King’s College is now known as Sir Howard Douglas Hall (formerly the Old Arts Building) and is the oldest university building in Canada still functioning as a working part of a university campus. It is located on the campus of the University of New Brunswick campus in Fredericton. 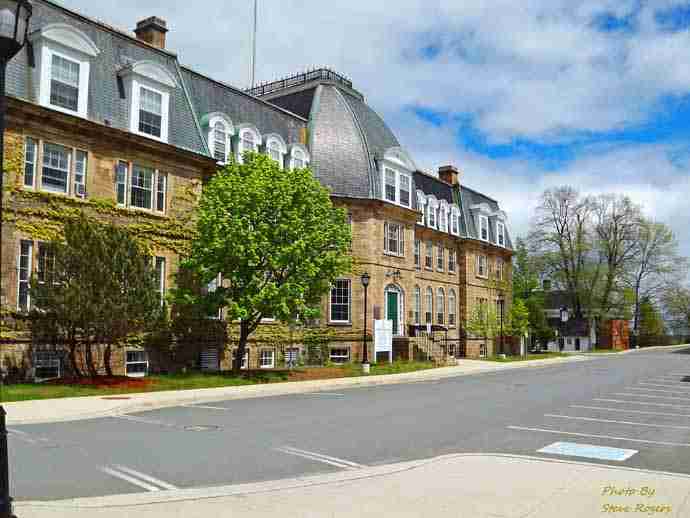 In 1825 a competition was held and Barrack-master John Woolford’s Palladian design was chosen as the winner, for which he was paid £25. Woolford’s submitted plans were modified when construction began in 1826, substituting a dome, ballustrade and clock for a simple, more economical pediment.

The building was officially opened by Lieutenant-Governor Sir Howard Douglas on January 1, 1829, containing a chapel, dining room, library, classroom and faculty apartments on the first floor; students’ apartments on the second floor; and servants’ quarters, kitchen and laundry in the basement. 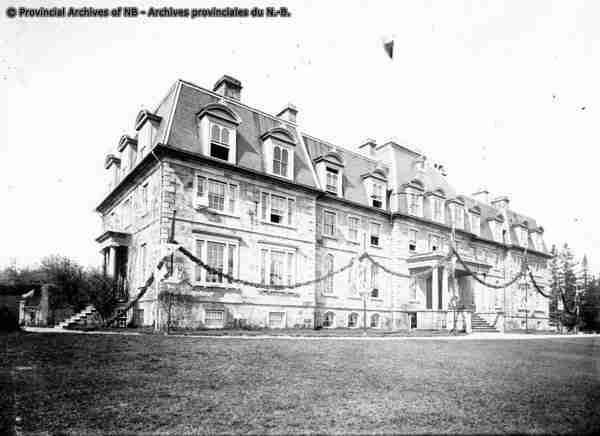 In 1876-77 a third storey was added to the building, replacing the original shallow hip roof with the present mansard roof. Portraits of past presidents and a permanent display illustrating the history of the University are located in the Great Hall, including the cornerstone of the building, laid in 1826 and excavated in 1978 prior to the sesquicentennial celebrations. Immediately off the Hall is the Edwin Jacob Chapel, featuring benches worn with carved initials, dates and names from the past 100+ years, and stained glass windows designed by the celebrated Canadian artist Molly Lamb Bobak.