Victoria Manor Provincial Historic Site in Riverside-Albert, was the home of the Hon. Abner Reid McClelan (1830-1917), a highly regarded business and political figure in the Province who was also a significant benefactor to the community.

He was involved in shipping, agriculture and mercantile business. McClelan was a member of the Canadian Senate at the time of the house’s construction, and would later become the tenth Lieutenant-Governor of New Brunswick from 1896 until 1902. McClelan built this sizable Queen Anne Revival style house in 1893 and spent his later years here.

The house is also significant because it was designed by the distinguished architect Watson E. Reid (1857-1943), who was residing locally at the time. In 1905, he also designed the community’s Riverside Consolidated School. Reid and his two older brothers (all three born and raised in Harvey, NB) would go on to design the Hotel del Coronado in California, one of the most famous and luxurious beach hotels in the world. Reid returned to New Brunswick in 1890, remaining until 1908, whereupon he moved permanently to Vancouver to practice architecture. 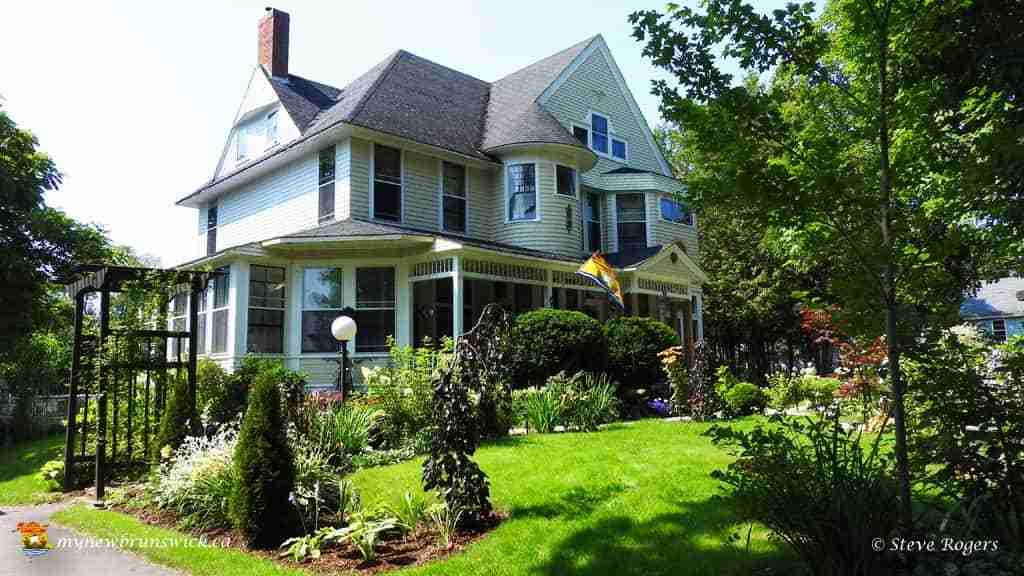 The cut stone broken course foundation is constructed of red sandstone from the local Memel Quarry, active from 1880 to 1894.

Victoria Manor is an example of the eclecticism and elegance of the late 19th century Queen Anne Revival style, while prominently illustrating the taste and affluence of a prominent local citizen such as McClelan. The finest materials and craftsmanship evident throughout the house along with its illustrious creators and remarkable state of preservation make Victoria Manor a significant heritage landmark. 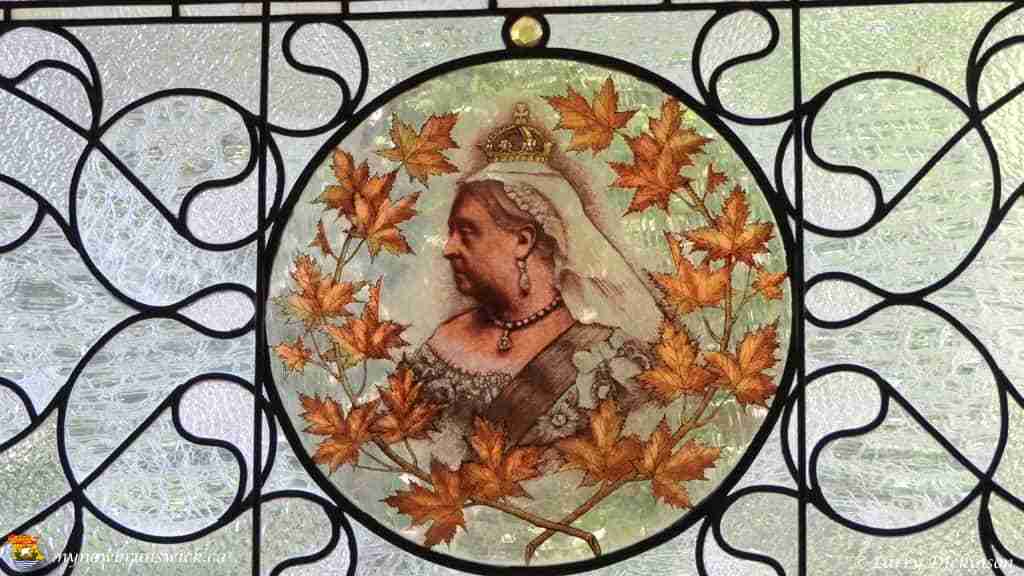 The house has curved plate glass windows in the front tower in various pane sizes and mullion patterns, hand-painted stained glass image of Queen Victoria in her Diamond Jubilee-era regalia, surrounded by a wreath of light reddish-brown maple leaves located in the main floor front bay window, circa 1897. 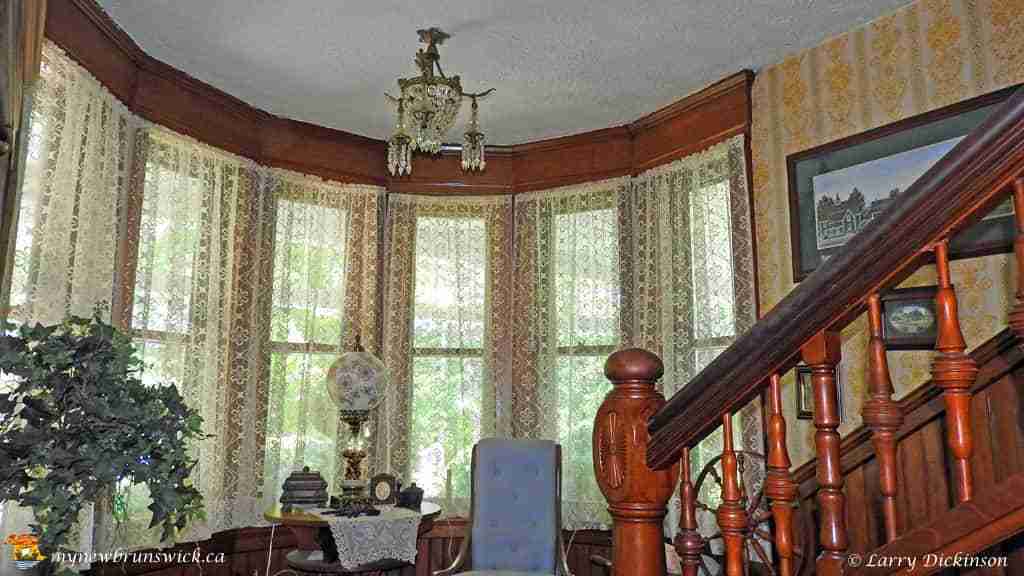 There are seven fireplaces in the principal rooms throughout the house, each of these coal-burning fireplaces is of a different design and their corresponding ornate carved wooden mantels reflect the freedom of configuration offered by the Queen Anne Revival style. These fireplaces exhibit such features as glazed coloured tile facings, beveled glass mirrors, and various posts/columns that are variations on the theme of the principal hall column. 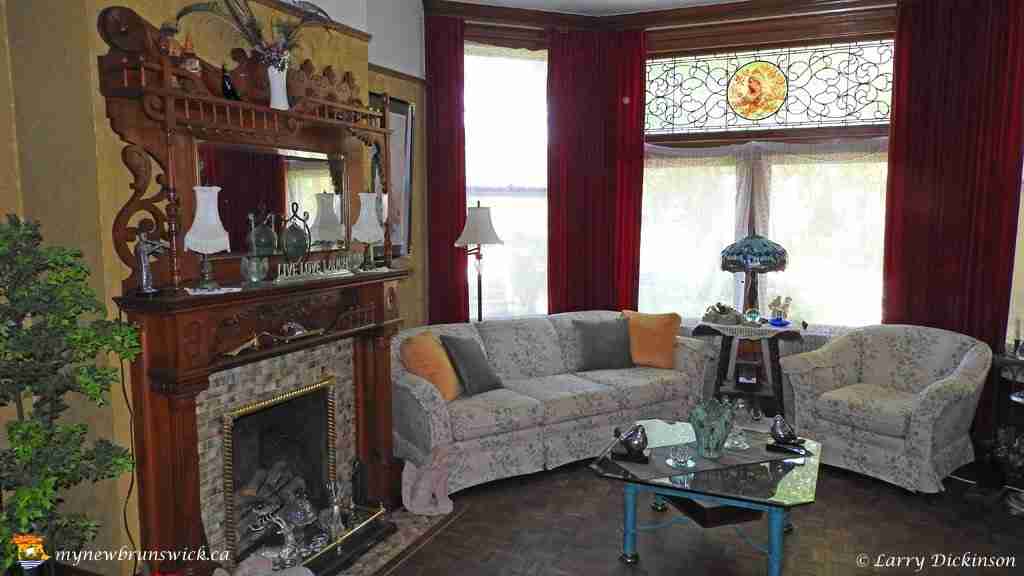 Victoria Manor is located at 6 Maple Street in Riverside-Albert.

To see more photos of Victoria Manor, click on  thumbnail below.