Victoria Park was designated for being one of the earliest and best-maintained public parks in Moncton, and for its monuments.

It was only a grassy field called the Moncton Commons when it was donated to the City of Moncton by the Moncton Land Company (John A. Humphrey, John Harris and Christopher P. Harris) in 1901.

The original park concept, called Victoria Square, was developed over the following 14 years.

The footpath design allows visitors to navigate the different features of the park. Victoria Park has served as the backdrop for significant community events, including royal visits, commemorative celebrations and annual craft fairs. 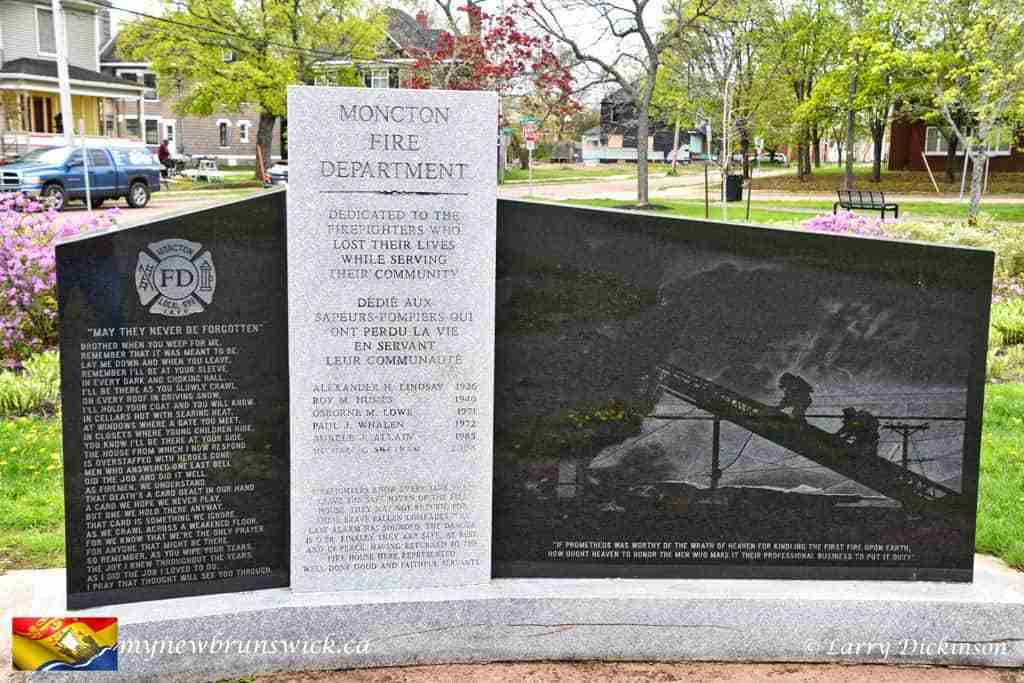 Edith Louisa Cavell was a British nurse. She is celebrated for saving the lives of soldiers from both sides without discrimination and in helping some 200 Allied soldiers escape from German-occupied Belgium during the First World War, for which she was arrested.

At dawn on October 12, 1915, Cavell was shot by a German firing squad on the outskirts of Brussels, Belgium. The 49-year-old Englishwoman had been condemned to death for helping run an underground network. Her execution caused an outrage both in Britain and abroad, and became a recurring motif in Allied propaganda for the rest of the war. Get the story of one of the most celebrated female heroes of World War I.