The Village of Fredericton Junction was originally named Hartt’s Mills for Thomas Hartt, who established a mill in 1804.

It was renamed in 1869 when the European and North American Railway (Western Extension) was opened between Saint John and Vanceboro, Maine, meeting the Fredericton Branch Railway which ran from this junction into Fredericton. 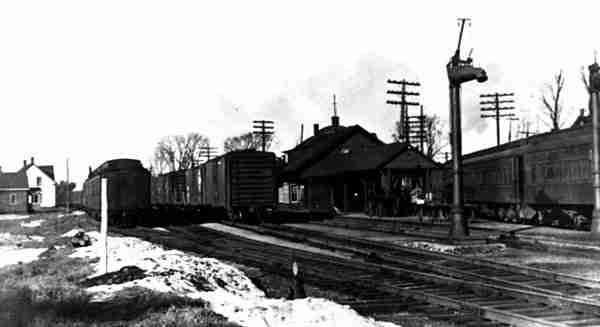 Fredericton Junction has a long history. During the War of 1812, the Americans had planned to invade New Brunswick utilizing the long existing trade route from St. Andrews to Fredericton. Their goal was to attack the British military stronghold at Fredericton, which was also the seat of government. This invasion had been preplanned by the Americans two years prior to the declaration of war. The British, through superior intelligence, developed counter strategy to this invasion. The British established a naval blockade which eliminated any possible invasion  by sea. Very quickly in 1812 they built the Great Military Road from Fredericton to Fredericton Junction and onward to St. Andrews.

Three new blockhouses were built, the first one in Fredericton Junction, the second at the forks of the Magaguadavic River and the Piskahegan Stream and the third at St. Andrews. The 104th Regiment manned these blockhouses to protect the citizens of New Brunswick from invasion. This Military Road was upgraded virtually overnight.

The garrison at Fredericton could now march easily to the American border. This route was also the major communication connection to the military force from Fredericton to St. Andrews. The British, well known for strategy and planning, established courier service that would keep their intelligence constantly up to date. These couriers were a special breed of soldier, capable of long distance and endurance, whether by running or walking.

The blockhouse forts also served asa way station for their couriers. A defensive battle strategy was created: first line of defence would be St. Andrews, equipped with large cannons and a significant number of troops. The second line of defence would have been the blockhouse on the Magaguadavic River, located statically to see and defend an invasion. Likewise, the third line of defence was the blockhouse located on the high ridge bluff on the North Oromocto River at Fredericton Junction. Their strategy of this Great Military road proved to be most effective. The Americans, realizing that their invasion plan to overtake Canada, starting with New Brunswick were dropped.

The American’s plans shifted to Upper Canada where they believed that the British were unable to defend due to the great challenges of defending Canada from Britain. History now shows the incredible efforts made by this colony to defend. The same soldiers that had served to protect New Brunswick from invasion now trekked all the way from Fredericton to Kingston (Upper Canada) in the middle of the winter of 1813. 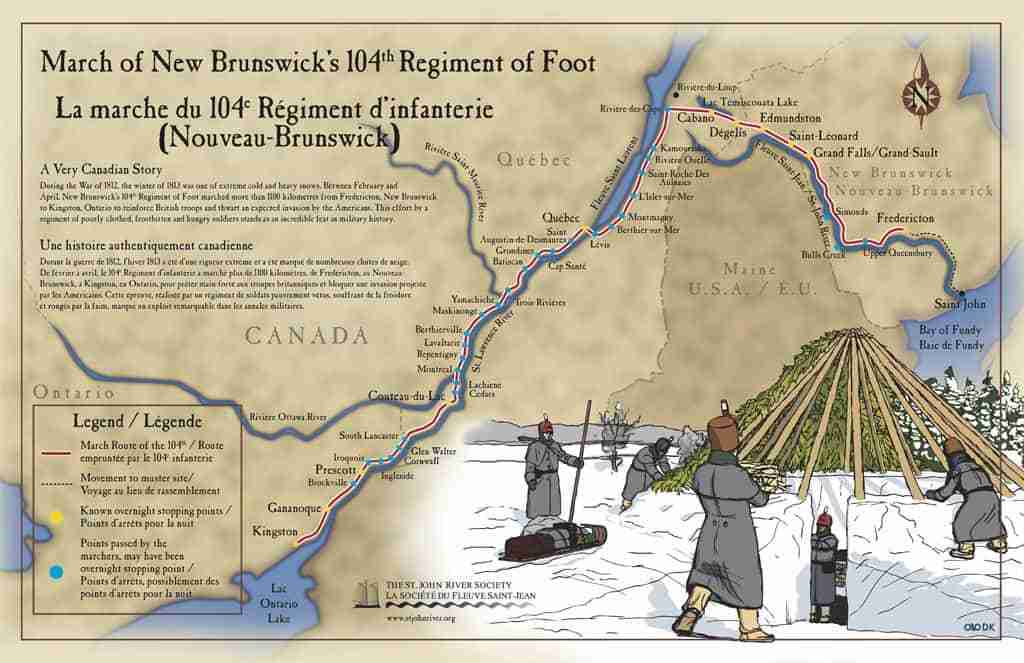 British strategy combined with the well trained British soldiers and well trained colonial soldiers, partnered with the First Nation Warriors, not only stopped the invasion, but soundly defeated the Americans.

As time passed the village flourished. In 1898  Fredericton Junction was a bustling community with a post office, 6 stores, 2 hotels, 1 sawmill, 1 grist mill, 2 churches and a population of 200.

Other things to see in the Junction include Currie House Museum, Fredericton Junction’s local history museum. Filled with artifacts from members of the community and surrounding region the house captures the way life used to be for the people in this area. The buildings and grounds are historical landmarks with rich histories of their own. The grounds are home to the house, barn, picnic area and Robin Hanson’s “ART IN THE PARK” – sculptures that are scattered among the trails between and behind the house and river.

Take a break and relax in Currie Park which is open all year around. Within the park you will find the White Rapids Adventure Trails. You can walk through one of New Brunswick’s greatest white pine forests. Easy walking trails with approximately twenty sculptures carved out of pine trees.  Or fish the rapids.

Believe it or not… elephants swam and bathed in the Oromocto River. The years was 1912. The Barnum And Bailey Circus train came to Fredericton Junction. They stayed for two days and put on a full circus program. When the “Greatest Show On Earth” was over, the elephants were marched down to the North Oromocto River by Peterson’s Rock where they washed and watered. The elephant statue in Currie Park commemorates that day.

Fredericton Junction is a small, friendly community situated along the banks of the Oromocto river. It has all of the modern amenities needed for everyday living while still maintaining that small-town charm.

One thought on “Village of Fredericton Junction”