The New Brunswick Land Company was formed in 1834, with the objective of turning a wilderness area of New Brunswick into an attractive place for immigrants to settle. To this end, they built roads and mills, with clearings, houses, farms, and all that it would take to attract those immigrants and to lease property to them.

Two of their settlements were at Stanley and at a place called Campbell. Campbell is sometimes shown on maps as Campbell Town or Campbellton, and was located in the Bloomfield Ridge/Boisetown area.

The following description of the Company’s activities beginning in 1834 is from Reports … on the State and Condition of the Province of New Brunswick: with some Observations on the Company’s Tracts, by Edward Nicolas Kendall, who was executing the work. From it we see that Stanley was carved from the wilderness, in a hurry. Kendall’s work has been condensed and edited, and some parts rewritten to include both his words and mine.

I will now describe the property of the New Brunswick Land Company in terms of its suitability to encourage immigration.

The Company’s land was chosen for its fertility and for the many rivers that crisscross it, and consists of about 587,000 acres (fifty-five miles by about twenty), adjacent to properties already settled on the Nashwaak and St. John Rivers. The land is not entirely a wilderness, as there is a community of Welshmen who settled there and lived in poverty until the Royal Road was constructed. They are now connected with Fredericton, however, and are in a much more prosperous state. There are about ninety lots reserved to these Welsh settlers and a few others, containing about twenty thousand acres.

The first order of business for the Company was to open another road to promote settlement. Property had been purchased from the Messrs. Cunard, on the southwest Miramichi, and the course of the road was directed parallel to the Cardigan Settlement, along the ridge of elevated land in the rear of the Nashwaak grants until the Nashwaak River was intersected. This was at a point where the river bends northwest after having run about twenty-five miles due north, and was a perfect spot to build a sawmill and a town. The exploring party was therefore directed towards Porter’s Brook and it was decided to establish a town on the Nashwaak, to be called Stanley, and another at or near Porter’s Brook to bear the name of the Governor, Sir A. Campbell. A road would then be built connecting the two, and also accessing the already formed Royal Road.

Here the difficulties began. The Company’s approval to proceed had arrived late in the year and no Fredericton contractor was willing to take on the work except at the exorbitant rate of £270 per mile or more. The bank of St. John was also not helpful and I was ordered to get money from the Messrs. Cunard at Miramichi, whose Nova Scotia Bank paper was at a discount of seven and a half per cent.

I then sought prices for contractors’ provisions (Ratchford and Lugrin, of St. John being the low bidder) and purchased what was required from them. Messrs. Hansard and Power then agreed to build the first eight miles of road for £60 per mile, while several other contractors then accepted this lower market price and also came on board on the same terms. Work was proceeding when word was received to close for the season, no more than about ten miles having been completed.

The bridges, meanwhile, were proceeding between the Royal Road and Stanley, and a party was clearing about seventy acres close to the mill, for the double purpose of clearing the land, and preventing danger from fire. The dam construction was also proceeding rapidly, and the frame of the sawmill was being hewn and prepared. The most eligible logs were retained, and houses built to accommodate the workmen. Damming of the Nashwaak required every spare hand, lest it be in danger from the freshet, and this proved wise, as the flood came on the very day of its completion. All of the cattle that were not absolutely required on the farm at Campbell had been brought on to Stanley till the dam was finished.

These operations required six parties to be kept supplied with provisions, which had to be conveyed from twenty to thirty miles over a trackless forest, the Nashwaak being too low to navigate with heavy scows. Each of these parties also required advances, in proportion to their work, as otherwise the contractors would stop working. All this required the most guarded watchfulness on my part to superintend the work. Workers were also pilfering pine timber in several directions and I had to apply to the governor for protection. He very kindly agreed to my request and appointed me a deputy commissioner of crown lands with power to seize any timber cut without license. When the men discovered this, they came to me for leave to cut timber in particular places, and I received the tonnage which I carried to the timber account. After all of this effort, the road has been levelled through to the Taxis and the heights above the St. John, at Fredericton.

The house I rented in Fredericton was cold and miserably uncomfortable and inconvenient, I recommended to the court the purchase of a property on the Stanley side of the river, opposite Fredericton. Its situation is advantageous for the Company’s purpose, and when finished, the house will be commodious, with the advantage of offices and storehouses, sufficient for the goods that must be stored.

Meanwhile, buildings were going up at Campbell and, at the close of the season, there were three log-houses, a blacksmith’s shop, and a tavern built at Stanley. The mill frame was up and there were enough sawn boards to cover it and to plank the houses. During the winter, parties procured logs for the sawing, some by contract some by hired men, which worked out to cost about the same. Hay, and supplies, sufficient to last till the summer, were conveyed on the Nashwaak River, and deposited at the store at Stanley. With the opening spring of 1835, the operations were renewed, and parties formed for the completion of the Stanley Road, the cutting out of the Campbell Road, the completion of the bridges, for clearings in and about Stanley and Campbell, and for burning off and cropping such portions as were cut down last summer. Others were employed in cutting down about 120 acres on the town plot of Stanley, and in blasting and removing the rocks that impeded navigation on the Nashwaak, taking advantage of these improvements to run rafts of deals to the mouth on the river where they were shipped off to Mr. Thurgar for sale at St. John. The frames of six houses were put up on the clear portions of the Stanley town plot, the tavern finished, a flour mill built in anticipation of the arrival of some stones from England, and machinery erected for driving circular saws. Besides this, a house was built for the mill man, one for the blacksmith, a sort of barrack for the workmen, and two others, so as to use the refuse and unmarketable boards from the mill. A large barn, was also erected near the tavern to receive the crop and to stable the cattle. Persons were also engaged in completing the log-houses along the finished road, and in quarrying and preparing stone for chimneys.

In the meantime the Messrs. Palmer and Fulcher arrived, and arrangements were required to accommodate them. Fifty acres were cleared for the former, and ten for the latter, all chopped and prepared for burning. A log-house for the latter built, and a frame for the former were built. Provisions for men, and provender for cattle were purchased, and horses and oxen, sufficient to complete the logging parties, were bought and secured.

The mill contractor agreed to build a double saw-mill at Stanley for £200, plus £600 worth of sawn timber from the first production.

Farming operations were ongoing at Campbell, and we may now consider ourselves in a fair way to accommodate almost any number of emigrants who choose to purchase lands in the Company’s tract. We have a road connecting the principal stations, with clearings and log houses at convenient distances, and about 500 acres of cleared land including at Campbell; sixteen houses, a double and single sawmill, and a flour mill, of appropriate construction, at Stanley; a single saw and grist mill, blacksmith’s shop, and equivalent to ten houses at Campbell; a farm, with a large quantity of stock, tools, and implements, and an establishment at Fredericton, convenient as a place of deposit for the baggage of emigrants.

The next season’s operations will of course much depend on the prospect of obtaining emigrants. Advertisements should be placed and personal communication used as necessary to assure this.

The Village of Stanley offers a scenic drive abundant in rustic farms, hardwoods  with beautiful fall colours, and unforgettable scenes of the Nashwaak River.

The Stanley Fair, the longest continuously running agricultural fair in New Brunswick, has been held in Logan’s Field since 1851.

Stanley is an area rich in tradition and history. Numerous homes and buildings in the Stanley area are over one hundred years old, and many of those properties remain occupied by decendants of original owners. 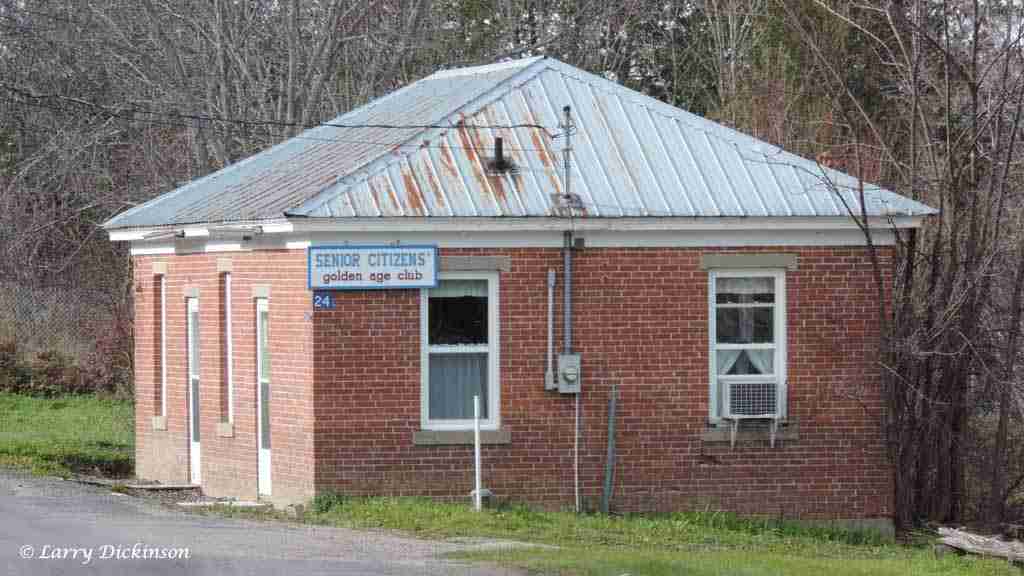