The heritage value of Fredericton City Hall as a Local Historic Place resides in the Second Empire architectural style of this structure, in its location, and in the significant role this building has played in the political, social, and commercial history of Fredericton.

McKean and Fairweather, architects from Saint John, designed this building to replace the City Hall built in 1867. That building, which combined City Hall and Market, was destroyed by fire in January 1875. Saint John builders H.B. Crosby and O.M. Campbell constructed the new City Hall, accommodating a Market House, on the same site as that of its predecessor using salvaged sections of the foundation and other materials from the previous structure. That all three previous buildings constructed on this site had succumbed to fire might explain why this area is known as Phoenix Square. 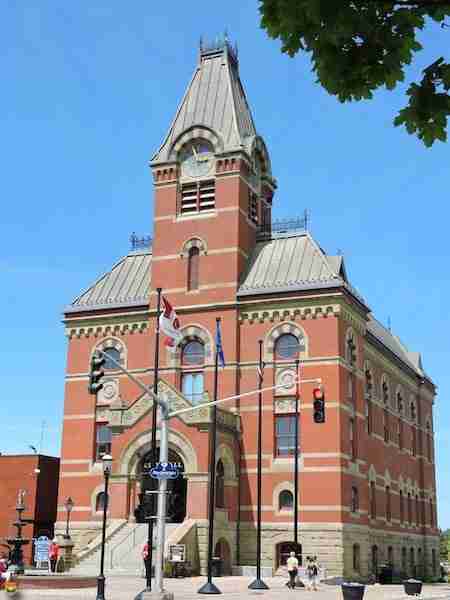 Heritage value also resides in the architectural design of Fredericton City Hall and its impact on future building in the area. This structure is significant not only as an example of the Second Empire style but because it became a style to emulate. The design of City Hall proved an inspiration for other structures. The Provincial Normal School, which was under construction in 1876 and burned in 1929, underwent a change in the design of the foundation as it was being built so that it would resemble that of City Hall. The Randolph Building, located next to City Hall and constructed in 1878, was deliberately designed to be in harmony with buildings such as City Hall and the Provincial Normal School. The 115-foot projecting tower, a significant element of the building’s design, featured not only a clock but had also originally contained the apparatus for a fire alarm.

The fountain has been a prominent feature since its construction in 1885. 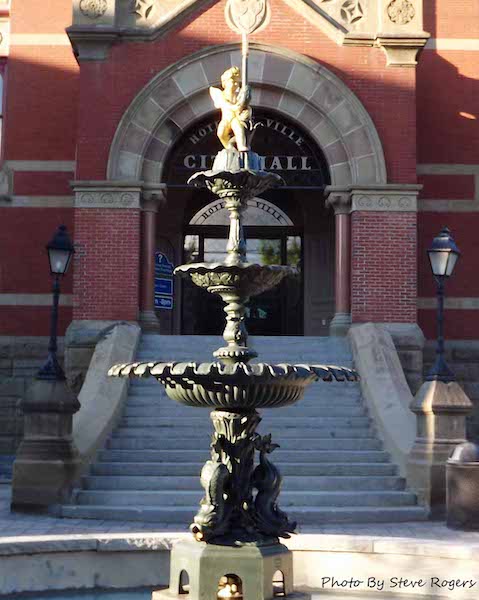 Fredericton City Hall has local significance because historically it represents a true community centre. City Hall was the seat of civic politics with the main floor having been assigned to that purpose. This building served as a polling station for elections, housed City Council meetings, and provided a host of other civic services including the police station and a jail. In its capacity as a city market, which was located in the basement, this building was the site of commercial activity and served as a gathering place for residents. With the second floor devoted to an 810-seat opera house with horseshoe balcony, Fredericton City Hall also encompassed an entertainment and cultural centre for over half a century.

The exterior of Fredericton City Hall has remained largely unchanged since it was built with the exception of an addition in 1975.