Workmen’s signatures followed by the date “1900” on the back of some interior wood trim firmly set the construction date of this house as one of the first built in the 20th century by William Anderson, a local businessman and tailor. A smaller but similarly built wing was added in the 1920’s on the east end, which features a distinctive corner bay set at a 45º angle to the rest of the building. The house, located at 158 Odell Avenue in Fredericton, is said to be haunted by some. 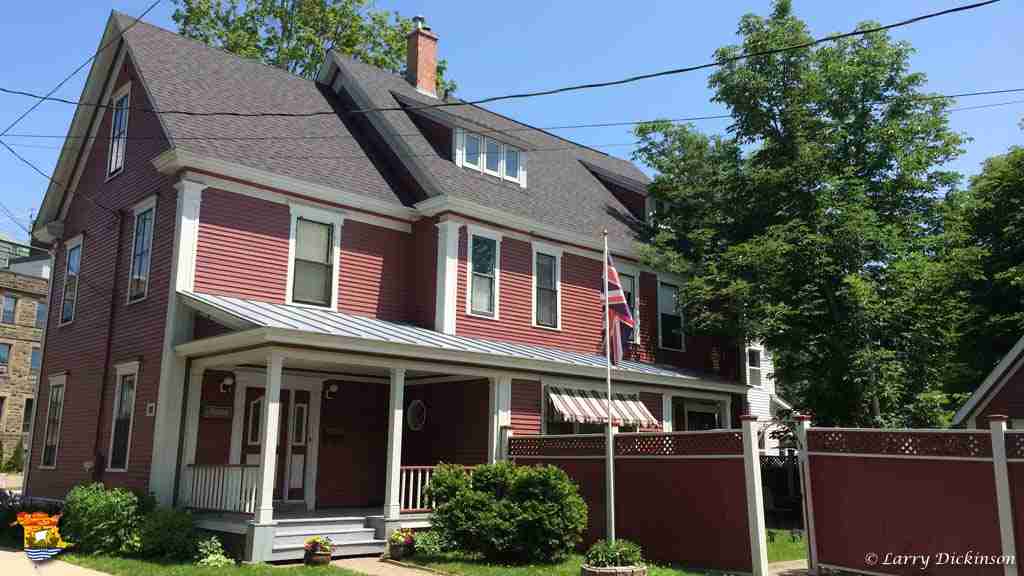