William Brydone Jack, (his middle name was originally Bryden and his surname has frequently been given as Brydone-Jack), mathematician, astronomer, natural scientist, and educator. He was born 23 Nov. 1817 at Trailflatt in the parish of Tinwald (Dumfries and Galloway), Scotland. He died in Fredericton November 1886.

William Brydone Jack received his early education in parish schools and at Hutton Hall Academy near the town of Dumfries. In 1835 he was admitted to the University of St Andrews in Fife, and in 1840 was graduated ma. As an undergraduate, his course of study included Latin, Greek, mathematics, physics, and philosophy; he was a consistent scholarship winner in the humanities as well as in his major areas of study, mathematics and the natural sciences. Although he was influenced by several distinguished professors, it was Sir David Brewster, a leading mathematician and the principal of United College at St Andrews, who became his mentor. On Brewster’s recommendation, Jack in September 1840 accepted the post of professor of mathematics and natural philosophy at King’s College, Fredericton, intending to stay in New Brunswick only a few years to gain teaching experience.

King’s College, established by royal charter in December 1828, was the successor to an academy founded by loyalist petitioners in 1787 which was chartered as the College of New Brunswick in 1800. University-level education had been offered only since the early 1820s under Principal James Somerville, and after the reorganization of 1829 the college under Principal Edwin Jacob provided a course of study on the Oxford model restricted to mathematics, classical languages, and philosophy. With an average enrolment of only a dozen students, the college was continually attacked for its élitist character and its narrow curriculum. Jack, having been educated in the Scottish tradition which combined empirical and practical studies with the classics, wanted to adapt the college curriculum to the “exigencies of the times & the country” by teaching the “art of observing and the art of experimenting.” He soon developed a close and lasting association with a fellow Scot, Dr James Robb*, who had taken up his appointment as first professor of chemistry and natural history at King’s College in 1837. Together they submitted a letter to the college council early in 1847 suggesting that the teaching of sciences would be improved if the sum of £1,000 were provided for the purchase of scientific apparatus to assist the professors in illustrating their branches of study. The college council provided £550, designating £300 for the purchase of “a good seven feet achromatic telescope.” Jack, after obtaining sound advice, carefully selected a suitable telescope, but a group of council members objected to the magnitude of this expenditure and tried to have his order cancelled. Jack persevered in his efforts and obtained the desired instrument. This confrontation had just been concluded when he entered a second delicate negotiation to persuade the council that, instead of utilizing a room in the college building, a separate observatory should be built to house the telescope. Again he was successful; the first astronomical observatory in British North America was completed at Fredericton in 1851 through his persistence. 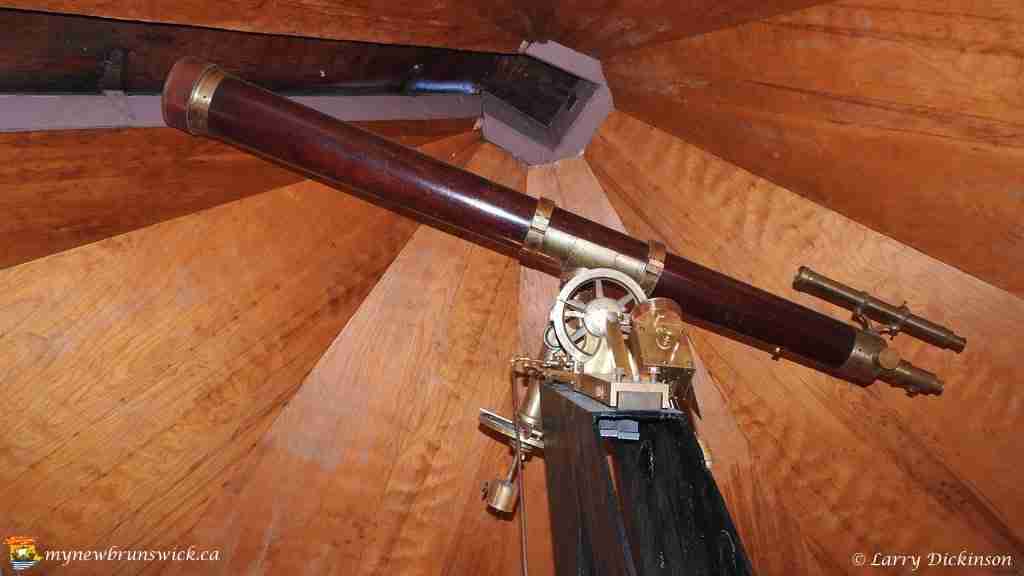 In addition to his collaboration with James Robb on scientific and educational matters, Jack also established a close working relationship with Dr J. B. Toldervy, a Fredericton physician, who owned a private observatory. It is probable that all three men were members of the Fredericton Athenæum, a society founded by Robb for the promotion of literary and scientific research. Early in 1855 Jack and Toldervy determined the exact longitude of Fredericton with reference to Boston by exchanging telegraphic signals with Harvard College Observatory. This important achievement of mid-19th-century astronomy was facilitated by the advantageous location of Toldervy’s observatory near the telegraph office. Encouraged by the success of their new approach, Jack and Toldervy later that year determined the longitudes of other locations in the province with reference to Fredericton and forwarded their findings to Astronomer Royal George Biddell Airy. As it turned out, the values of longitude they had determined for Grand Falls and Little Falls agreed with those established in 1842 by the American commissioners who had surveyed the New Brunswick–Maine boundary, rather than those of the British commissioners. Jack and the astronomer royal disagreed as to which longitudinal values should be adopted, and their forthright correspondence was terminated abruptly. Jack nevertheless continued to receive valuable publications on Airy’s astronomical work at Greenwich which influenced his scientific pursuits at Fredericton. The introduction in 1854 of a course in civil engineering at King’s College must be attributed largely to Jack’s interest in the practical subject of surveying and to his knowledge of the accurate triangulation of the British Isles carried out under the astronomer royal.

During the 1850s King’s College’s critics in the assembly, among them Albert James Smith, redoubled their attacks on its exclusive nature and Principal Jacob’s abhorrence of “practical education.” Repeated demands were made for its conversion into an agricultural school or for the cessation of its annual public grant. To prevent the college’s destruction, Lieutenant Governor Sir Edmund Walker Head appointed a commission of eminent British North American educators to make recommendations on how the college could better serve New Brunswick. As an outcome of the commission’s report, the college in 1859 was converted into the secular University of New Brunswick and all religious tests for students and professors were discontinued. The lieutenant governor and Professor Jack worked closely to transform the college from a traditionalist, classical institution into a university offering “practical” training in the sciences as well as the arts.

Dr Joseph R. Hea was appointed first president of the newly constituted university in 1860, but after only one year he was succeeded by Jack. As president, Jack, realizing that the image of the university needed improvement, travelled throughout the province during the summers to inform audiences of the education the university could provide for their sons and of the role he envisaged for it in the development of the province. The death in 1861 of James Robb, whose assistance in this public endeavour would have been valuable, was a serious loss to the new president. 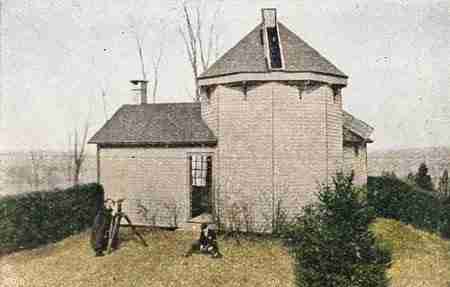 During the 1860s Jack assembled a competent teaching staff at the university. George Montgomery Campbell, a graduate of Cambridge, taught classics; Loring Woart Bailey, a Harvard graduate, lectured in chemistry, physics, geology, and other natural sciences; Joseph Marshall d’Avray, who had taught at King’s College in the 1850s and was a former chief superintendent of education, was professor of English and French language and literature; Jack himself taught mathematics, natural philosophy, and astronomy. Students received a bachelor’s degree after completing three 40-week sessions in which they had studied all the subjects offered. Tuition and accommodation were a modest $160 per session, but still the enrolment did not grow as quickly as Jack would have liked. Though his efforts to popularize the university met with some success, prejudices lingered, the denominational colleges in New Brunswick continued to attract both students and endowments, and the inadequate funding provided by the legislature hindered his attempts to build “a truly provincial university with every opportunity for expansion and fruitful service.” Moreover, the prosperity, growth in population, and development of provincial resources which were anticipated with confederation in 1867 did not materialize. Although Jack had envisaged the inclusion of navigation, law, medicine, engineering, and agriculture, nearly five years elapsed after his retirement in 1885 before any new chairs were established. But, despite its problems, the University of New Brunswick during Jack’s tenure as president produced graduates of outstanding ability. In the 1860s they included James Mitchell, George Robert Parkin, and George Eulas Foster; in the 1870s William Odber Raymond, John Douglas Hazen, and Charles George Douglas Roberts; and in the early 1880s Bliss Carman and Walter Charles Murray were students.

During the 1840s and the 1850s Jack could direct his attention to the teaching of mathematics, physics, and astronomy, and to his scientific pursuits within these disciplines. After 1861 his responsibilities as president, coupled with his teaching, left him little opportunity for scientific work, although in the 1870s he assisted the surveyor general of the province in improving the standard of surveying. Jack has, however, the distinction of being the first Canadian astronomer, with contributions to this field in four phases: the building and equipping of the first astronomical observatory in British North America, the application of “galvanism” or the electric telegraph to the measurement of longitude, the preparation and presentation of the first public lectures on astronomy in Canada, and the development of methods for standardizing surveyors’ chains and checking magnetic compasses. His pioneering scientific work ensures him a place as one of the builders of the science of astronomy in Canada. 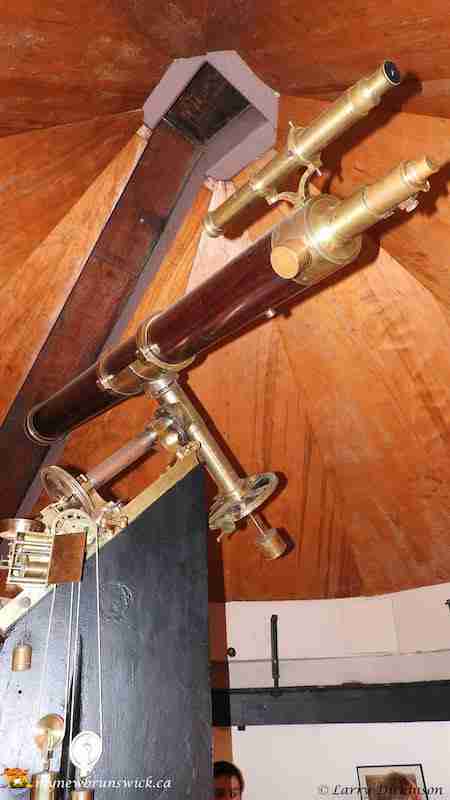 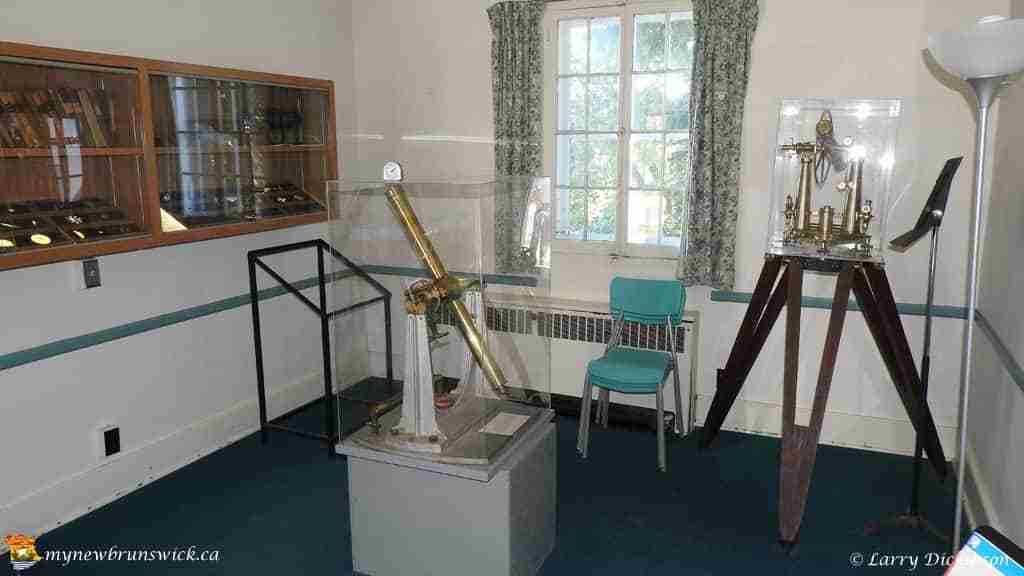 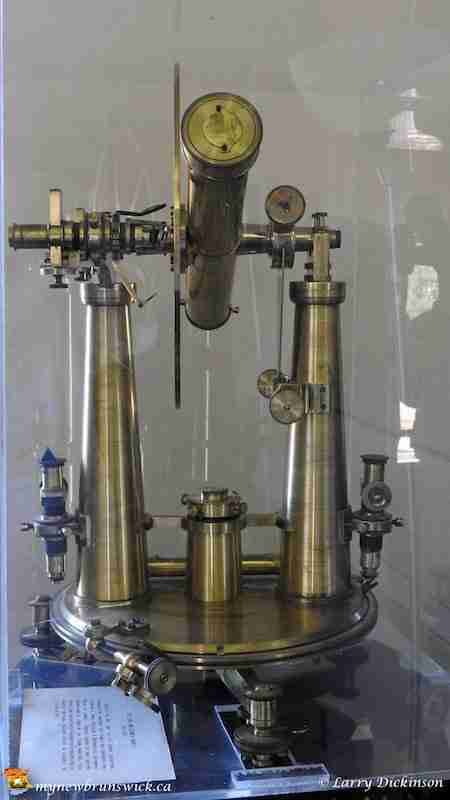 William Brydone Jack’s contributions to education in New Brunswick extended over 45 years, and included service on the provincial board of education from 1872 to 1885. To the intellectual life of the university and the province he brought the best traditions of his ancestry and education. On his retirement in 1885 the university senate awarded him a pension and in high tribute to his dedicated service appointed him one of its members. His death within the next year, however, deprived the university of his continuing sound advice.