William Francis Ganong was born at Carleton, now West Saint John in 1864. He was the eldest of seven children. He is the brother of Susie, Arthur, Edwin, and Kit Ganong Whidden. 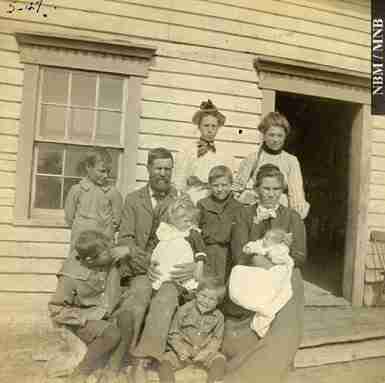 At the age of seven, the family moved to St. Stephen where his father, James Harvey Ganong and uncle Gilbert Ganong established the now-famous Ganong Brothers candy factory.

It was expected that young William would enter the family business when he came of age, but early on, he showed an interest in the natural world. These interests extended to botany, reading, maps, and exploring the countryside. He also showed a talent for languages. Through his life he would come to have at least a working knowledge of French, German, Maliseet and Mi’kmaq. He was an early naturalist and by the age of seventeen, he had first-hand knowledge of numerous rivers and coastal areas of New Brunswick as well as the flora and fauna of the province. His explorations would continue throughout his life, both on his own and with one or more companions including Arthur H. Pierce, Mauran I. Furbish and George Upham Hay.

William Granong attended the University of New Brunswick where he received a Bachelor of Arts degree in 1884 and his master’s degree in 1886. The next year, he went to Boston where in 1887, he received an A.B. from Harvard University. He obtained a doctorate in biology from the University of Munich in 1894 and published two papers in the German language. It was probably at Harvard that he met Jean Murray Carman, sister of his friend and fellow Harvard student, New Brunswick poet Bliss Carman. They married in 1888. The marriage lasted thirty-two years until her death in 1920. They had no children.

After graduating from Harvard, Ganong was appointed an assistant instructor in botany there. He stayed at Harvard for a few years until May 1894, when he accepted an appointment as Professor of Botany at Smith College. It was a position he would fill for 36 years. He was also director of the Botanic Garden at Smith. The greenhouses at Smith College date from Ganong’s tenure there beginning in 1894.

By authoring several books including The Teaching Botanist, A Laboratory Manual for Plant Physiology, The Living Plant, and A Textbook of Botany for Colleges, Ganong was able to establish and maintain an international reputation in botany. Under his administration, Smith’s Botany department reached a peak in student enrollment, size of staff, and number of courses. He ensured that the range and quality of equipment available to students was high, and the department was able to attain a positive academic reputation. Enrollment in the introductory elective class peaked at 182 in 1926. Dr. Ganong retired from Smith College in 1932.

He was elected President of the Botanical Society of America in 1907.

Ganong undertook historical work during his teaching career. In summers, he would return to New Brunswick to study and document the historical geography of the province. Among his surveys were St. Croix Island, site of Champlain’s first settlement in North America in 1604. 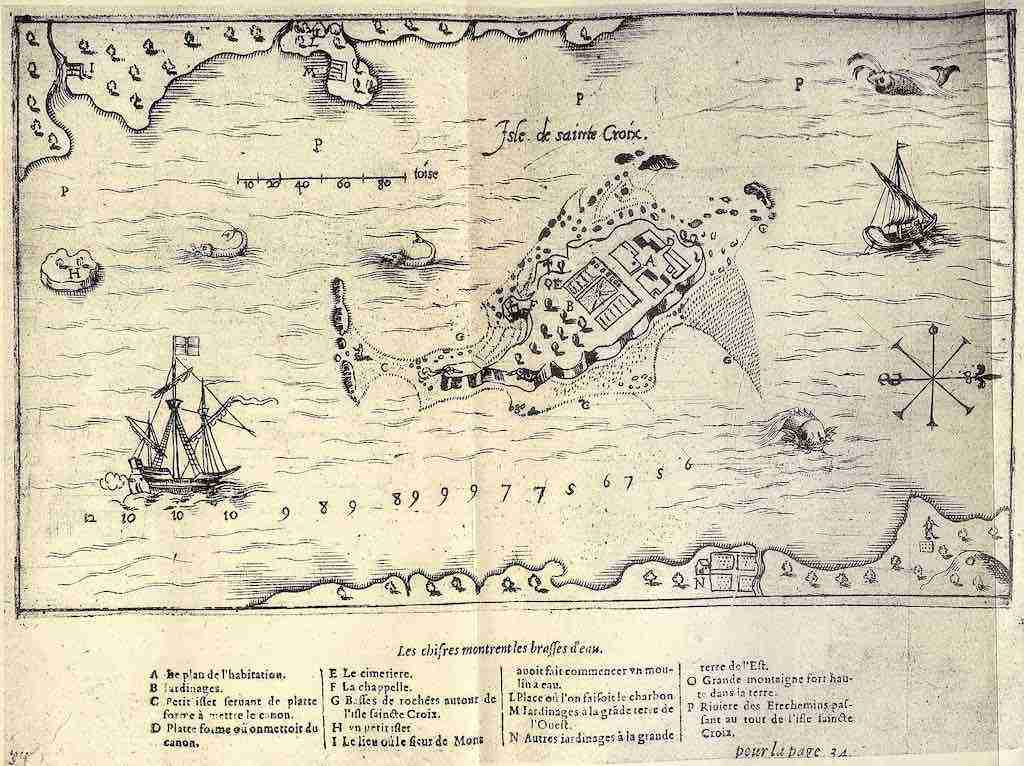 He acquired a working knowledge of the Maliseet and Mi’kmaq languages, and with that understanding and consultation with linguists and native historians, he undertook an investigation of the aboriginal place names in the Maritime Provinces, publishing a series of six articles in the Transactions of the Royal Society of Canada between 1911 and 1928. In his explorations, he also had a chance to name several geographical features in the largely unexplored central and northern parts of New Brunswick, including Mount Carleton, the highest summit in the province, which he named after the first Lieutenant-Governor of New Brunswick, Thomas Carleton. Another mountain to the north of Mount Carleton was named for Ganong in 1901 by his friend and naturalist Mauran Furbish. 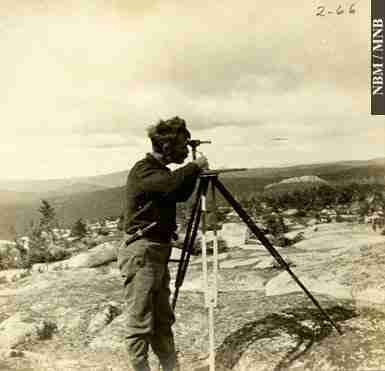 As a scientist, Ganong brought a special quality to the study of New Brunswick history, which featured an emphasis on map-based studies and in determining the exact location of key historic sites. He actually went to the places he wrote about. As a translator and editor of the 17th-century Acadian narratives of Nicolas Denys and Father Chrétien Le Clercq he became a foremost scholar of the Acadian period. He frequently contributed articles on Samuel de Champlain to publications of the New Brunswick Historical Society, the New Brunswick Magazine and Acadiensis. In addition to document-based research and translation, Ganong prepared maps, took photographs and gave slide presentations. He often collaborated with others. One frequent collaborator was Dr. John Clarence Webster, for whom he prepared numerous maps and other contributions. He also took a great interest in the international border between New Brunswick and Maine. Because of this interest and expertise he was asked to take part in the cross-border tercentennial celebrations on the St. Croix River in 1904. In 1918, Ganong completed the translation of Volume III of Champlain’s Voyages, part of a major publication of Champlain’s writings by the Champlain Society. He was also the first to pose a scientific explanation for the often sighted Ghost Ship of Northumberland Strait suggesting it was an electrical illusion.

William F. Ganong’s efforts also formed a substantial basis for the establishment of the New Brunswick Museum and archives.

Ganong’s second marriage was to Anna Hobbet from Iowa. The couple had two children, William Francis Ganong Jr., a renowned physiologist, and Ann Ganong Seidler, professor of speech theory and children’s author. Ganong died at his summer home outside Saint John in 1941 and is buried in the St. Stephen Rural Cemetery. He was 77.

The Town of St. Stephen commissioned a Quebec foundry to sculpt a six-foot-eight statue bronzed likeness of Ganong at their foundry.