In 1868 the battered body of John Brennan, a British soldier, was found on the Green in front of this house located at 206 Smythe Street in Fredericton. 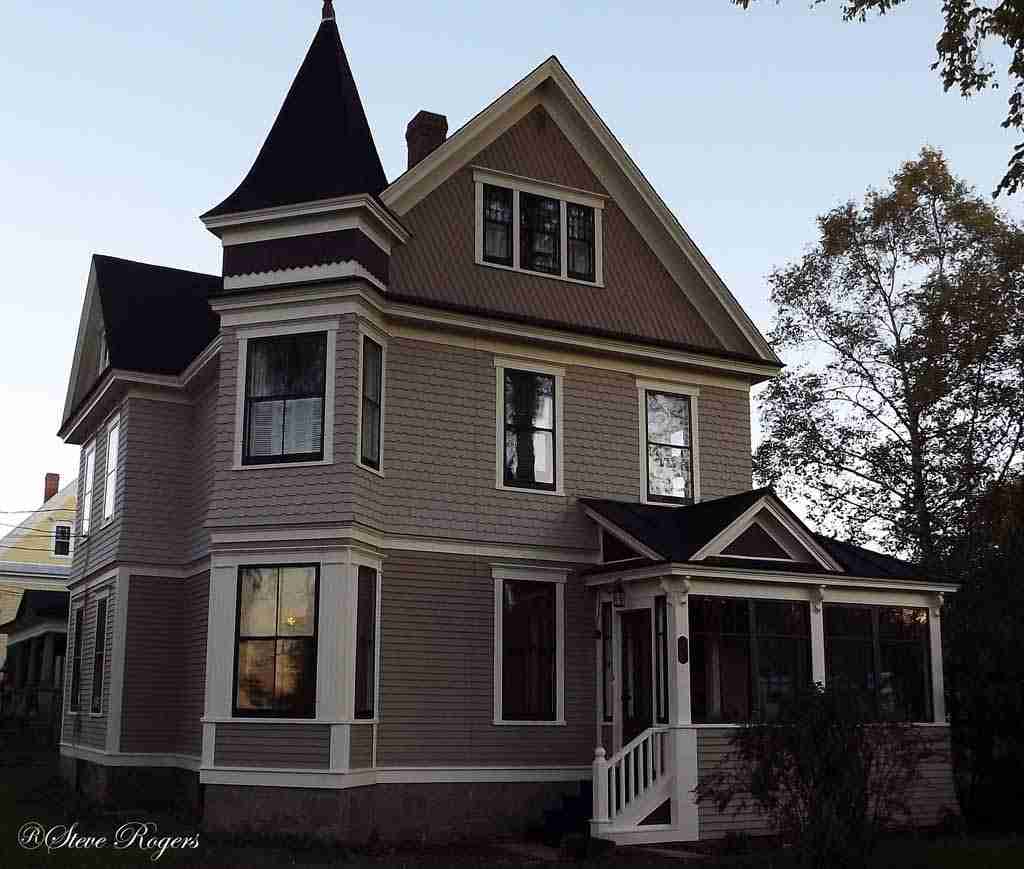 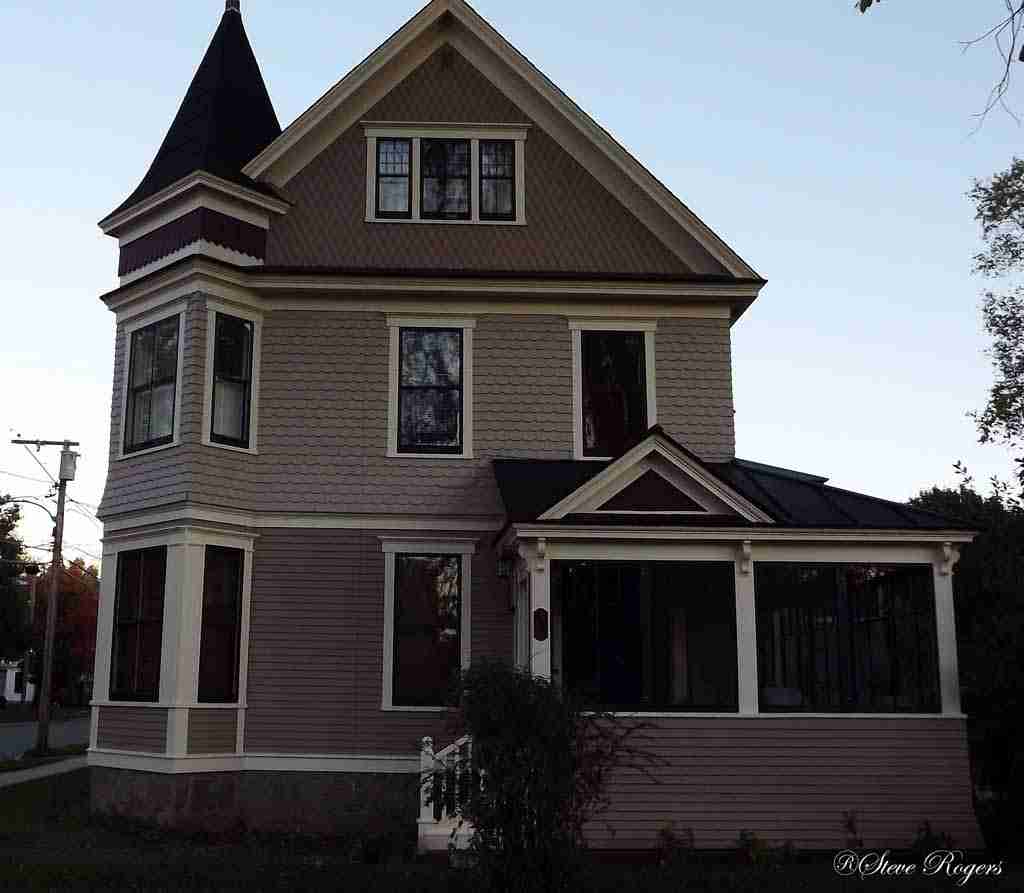 Brennan was courting a local woman, but was the object of a jealous attack. He died shortly afterwards and despite implicating evidence the crime went unpunished, nearly causing a riot among the military.

In the mid-1900’s this was the home of William Kinghorn, who was a founding partner of the Fredericton-based “Kinghorn & Dickie Plastic Tableware Company” that for a time rivaled the “Melmac” Company which became a major manufacturer of post-war plastic dinnerware in North America.

Photographer’s Note: Do you notice anything unusual in the third story window? What images do you see?