The York County Gaol is a large stone building is pure Georgian architecture with its restrained simplicity and symmetry. It was designed by J.E. Woolford. In 1799 the gaol was built at it’s current location on Brunswick Street in Fredericton. It included a corner space for rock breaking by prisoners sentenced to hard labour, a whipping post, and perhaps stocks.  and completed by 1843. 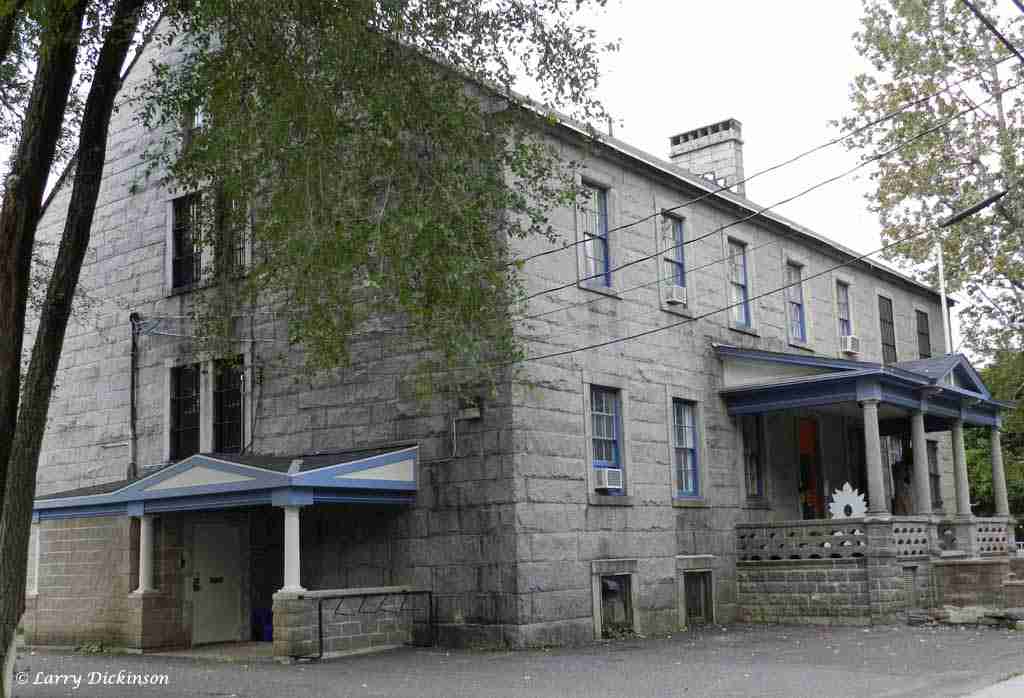 The York County Gaol walls are made primarily of grey granite from the Spoon Island quarry near Hampstead. The large blocks were carried by boat up the St. John River to the construction site where they were cut further. Note the rear wall, which is made of less-expensive sandstone rubble from a local quarry. The front porch was a 20th century addition. The rear yard was the site of a double hanging in 1949, the last public execution in Fredericton.

Fredericton has had three successive goals and a house of correction during its history. They served the county of York. The photos above are the third gaol built.

The first gaol must have been built soon after the Loyalists occupied the Salamanca area. It was located at the foot of Forest Hill. About 1800 it ceased to be a gaol and became a poorhouse to around 1823.

Since the gaol’s closing in 1997, the building has found new life as Science East.