Don Messer was born on May 9, 1909 in Tweedside as Donald Charles Frederick Messer. He came from a family of eleven children who lived on a farm during the war years. Messer learned to play the violin at the age of five and, as he grew older, played in local concerts and events. 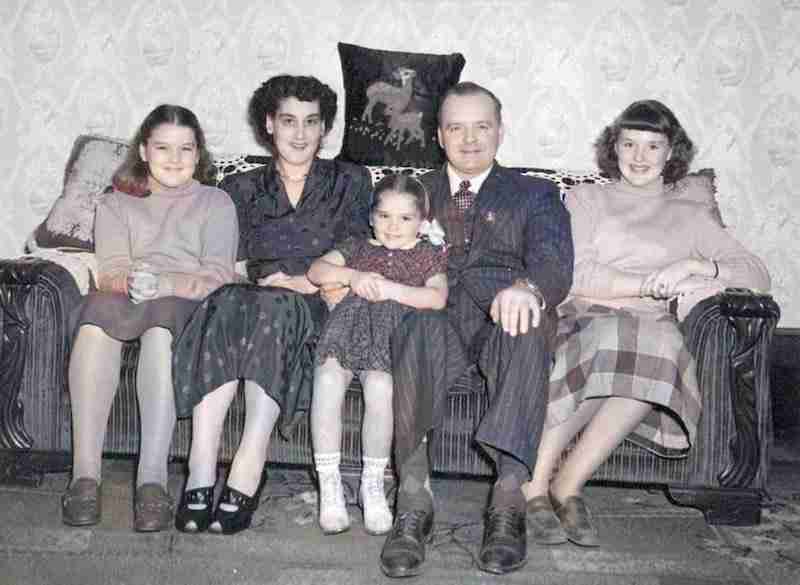 The parents of this Canadian country music icon had musical talent, but it took 11 tries to produce an offspring interested in carrying on in that tradition. Don Messer’s interest in music was so great as a child that by the age of seven he was already playing his fiddle for square dances, although part of the incentive might have been to get out of such a crowded family house. Some biographies of this artist claim he was already performing professionally at five. By the time he got to be a young man he had amassed a repertoire of literally hundreds of reels, jigs, breakdowns, and other pieces for fiddle, old and new, from playing endless square dances, country dances, weddings, and other parties.

At the age of 16 he headed to the U.S.A., specifically Boston, but only stayed a few years. He was back in New Brunswick in March of 1929 in what is acknowledged to be the first of what would turn out to be a multitude of radio broadcasts for Messer and his groups. By 1934, he had formed his first band under his own leadership, named the New Brunswick Lumberjacks. This group toured not only in the Maritime provinces but south of the border in the states of New York and Maine. Personnel were added as the group’s success grew until Messer felt things had gotten out of hand.

He started all over with a smaller group in 1938, dubbing the new combo Don Messer and the Backwoods Breakdown. This new band and all their families relocated to Charlottetown, Prince Edward Island, which became their base for the next 27 years. Another name change came along with the change in locale; since they were on an island, it was natural that the group became Don Messer and His Islanders, the name under which most fans of old-time country music in Canada know his band by. 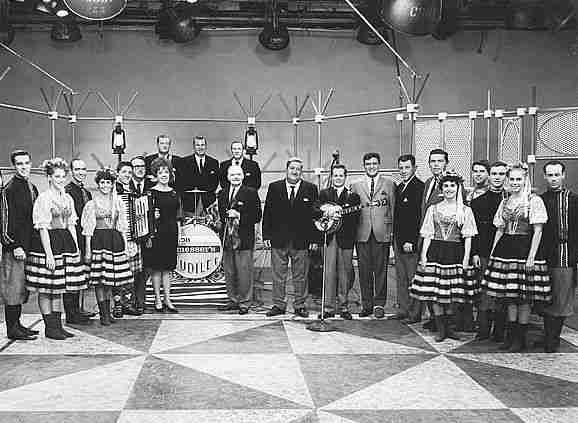 Messer recalls that as leader of this outfit he received the highest salary, at first 12 dollars and 50 cents per week. The members of the band included Rae Simmons (clarinet and saxophone), Cecil McEachern (fiddle, bass, and guitar), drummer Warren MacCrae, and of course the original rhythm section nucleus of Duke Nielson and Charlie Chamberlain. In 1947 they added vocalist Marg Osborne, adding a female touch to the proceedings that soon became known as a feature of the Islanders’ sound. The group grew in size, with another addition in the form of the versatile Waldo Munro covering trombone and piano.

By 1958 a regular production entitled the Don Messer Jubilee Show was broadcast nationally on the CBC. This had a huge impact on his audience, and he developed into something of a phenomenon, receiving bags of fan mail daily. Many recordings of the band have been released and later re-released on CD through the CBC transcription series as well as labels such as MCA and Rodeo. His releases and broadcasts were so popular that he easily achieved status as the nation’s most well-known fiddler, but his position as a folk music artist is controversial. On one hand, he certainly deserves credit for popularizing many forms of folk fiddle music. But in the process some critics felt he helped erode quite a few varieties of local folk fiddling, as the widespread distribution of his in-demand records led to many copycats. Fiddlers were determined to sound like Messer rather than taking the time to pick up the traditions of the areas they originated from.

Following his death from a heart attack in 1973 Messer’s music band became even more of a Canadian institution. His violin was passed along by his family to fiddler Frank Leahy, who mounted the stage show Don Messer’s Violin to pay tribute. At least a dozen other fiddlers perfected the Messer repertoire and presented touring shows based around a recreation of the Islanders’ sound. Messer also became the subject of a large-scale dramatic portrait. “His Land and Music” was a documentary film created under the auspices of the National Film Board. In 1998 he posthumously received the Dr. Helen Creighton Lifetime Achievement Award for Canadian performing artists. In 2001 the Messer band, which carried on in his memory, was chosen as a special Ambassador of Canadian culture by the Centennial Commission’s Performing Arts program, involving the mounting of a special tour encompassing more than 70 performances all the way from Labrador to British Columbia. A giant fiddle was erected as a monument to Messer and is located in Harvey Station.

Don Messer’s Jubilee was a television folk musical variety show produced at station CBHT in Halifax, Nova Scotia and broadcast by CBC Television nationwide from 1957 until 1969.

Taking its name from band leader and fiddler Don Messer, the half-hour weekly program featured Messer and his band “Don Messer and His Islanders”, as well as a guest performer. The show followed a consistent format throughout its years, beginning with a tune named “Goin’ to the Barndance Tonight”, followed by fiddle tunes by Messer, songs from some of his “Islanders” including singers Marg Osburne and Charlie Chamberlain, numbers by the Buchta Dancers, the featured guest performance, and a closing hymn. It ended with “Till We Meet Again (1918 song)”.

The series began 7 November 1957 as a regional program limited to CBC’s Nova Scotia and New Brunswick stations. On 7 August 1959, CBC stations throughout Canada carried the show as a summer replacement for Country Hoedown’s Friday evening time slot. That fall, Don Messer’s Jubilee became a regular season CBC series as of 28 September 1959, becoming a Monday night fixture until its final 1968-1969 season when it returned to the Friday evening time slot.

The cancellation of the show by the public broadcaster in 1969 caused a nationwide protest, including the raising of questions by Members of Parliament in the House of Commons. The last CBC broadcast was on 20 June 1969. Independent TV station CHCH-TV in Hamilton, Ontario picked up the show for about four years and was distributed to stations throughout Canada in syndication—the show ended following Messer’s death in 1973. 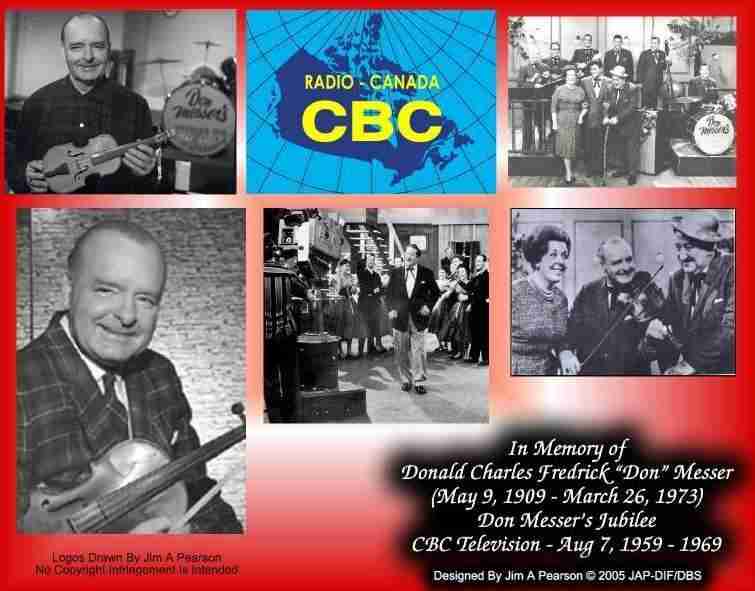 Church of the Visitation – Grande-Digue