Peter C. Kent, Professor Emeritus in History and Dean Emeritus, graduated from the University of New Brunswick in 1959 and has given back to his alma mater in full measure.

Following a master’s degree from the London School of Economics, where he later earned a doctorate, he joined the UNB department of history in 1965 and served as executive assistant to President Colin B. Mackay. 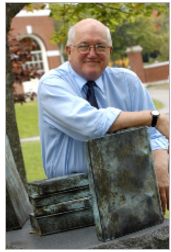 A peerless classroom teacher and champion of the residence system, he served as don of Mackenzie House and dean of men’s residence; designed and implemented the arts faculty’s advising and mentoring program for students; initiated the very successful UNB Intersession Abroad program, and pioneered international student exchanges and teaching programs as director of international relations.

An accomplished administrator, Dr. Kent was two-term chair of the history department, held positions on the Senate and Board of Governors, and served 12 years as dean of the faculty of arts. Openness, optimism, energy, and enthusiasm have been the consistent hallmarks of his academic leadership. Dr. Kent has combined these achievements with a remarkable career as a productive historian and scholar.

Three major books, 17 articles, and 10 conference papers have established him as an internationally known expert on the foreign policy of the Papacy, on Italian fascism, and on the history of the Cold War.

In the words of his nominator, Dr. Kent “has served the University of New Brunswick with grace and distinction for 40 years…. Few can be so deserving of the highest honor the university can award its most distinguished faculty members.” 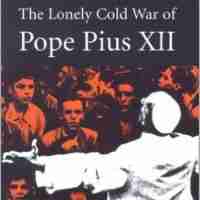 He also published The Lonely Cold War of Pius XII (McGill-Queen’s, 2002) and is the author of The Pope and the Duce: The International Impact of the Lateran Agreements (1981) and the co-editor, with John F. Pollard, of Papal Diplomacy in the Modern Age (1994). His articles have appeared in Italian Quarterly, Historical Papers of the Canadian Historical Association, The International History Review, European History Quarterly, The Canadian Journal of History, Conflict Quarterly, The Catholic Historical Review, The Journal of Contemporary History and Acadiensis. He was the organizer of the 1991 International Symposium on Vatican Diplomacy, “The Holy See in the 19th and 20th Centuries”. His book manuscript on UNB and the Strax Affair of 1968-69 is nearing completion. He is a former Chair of the Department of History and former Dean of the Faculty of Arts. He is also one of the organizers of the Intersessions in Rome.