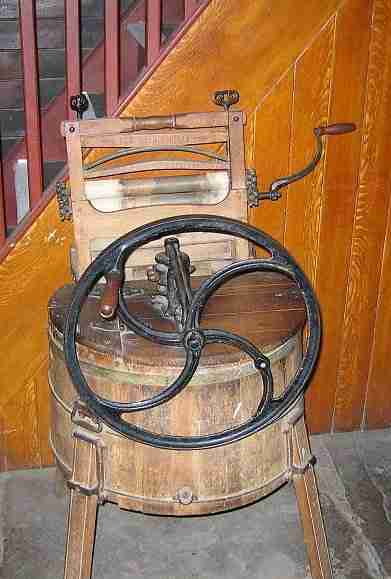 The washing machine is a staple item that’s found in most homes. It allows individuals and families to wash laundry with the click of a button, saving them from the time-consuming and laborious process of hand-washing their clothes. But washing machines haven’t always been the powerful, hands-free devices we know them as today. There’s a long history to these machines that spanning the course of over two centuries.

The first device to receive a patent for “clothes washing” was awarded to Nathaniel Briggs of New Hampshire in 1797. Due to a fire at the Patent Office, however, the device’s description and information on how it worked was destroyed. 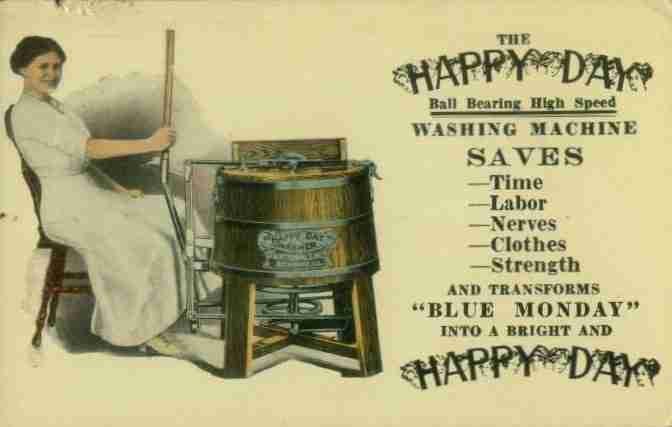 Fast forward to 1843, John E. Turnbull of Saint John, patented a “clothes washer with wringer rolls.” It featured a basket with a hand-cranked mechanism that rung water out of the clothes. While this was considered revolutionary at the time, it failed to gain any traction among the general public; thus, its popularity gradually faded away.

In the 1940s, more than half of the homes in the U.S. had an electric washing machine. Some of these units featured an electric-powered wringing mechanism to eliminate excess water, while others had built-in dryers.

The Bendix Corporation invented the first “automatic” washing machine in the late 1930s. It contained many of the same features found in modern-day washing machines, but with one major drawback: the unit lacked a drum suspension, meaning the normal wash and spin cycle would create strong vibrations that moved it across the floor. Consumers were forced to anchor their machines with straps to prevent them from moving. This problem was later fixed by the Bendix Corporation in followup models.

Manufacturers continued to improve on the washing machine throughout the years, adding new features and integrating new technologies into the design. Now, consumers are given more choices than ever when shopping for new washing machines.