Fitz Randolph, Archibald Drummond, (it was common among some Fitz Randolphs to shorten their name; thus he signed A. F. Randolph), businessman, politician, and philanthropist; born 24 July 1833 in Digby, N.S., son of James Horton Fitz Randolph and Susan Byles Menzies; m. 9 Sept. 1858 Amira Donaldson Turnbull, sister of William Wallace Turnbull, in Saint John and they had eight children, five of whom survived him; died 14 May 1902 in Fredericton. 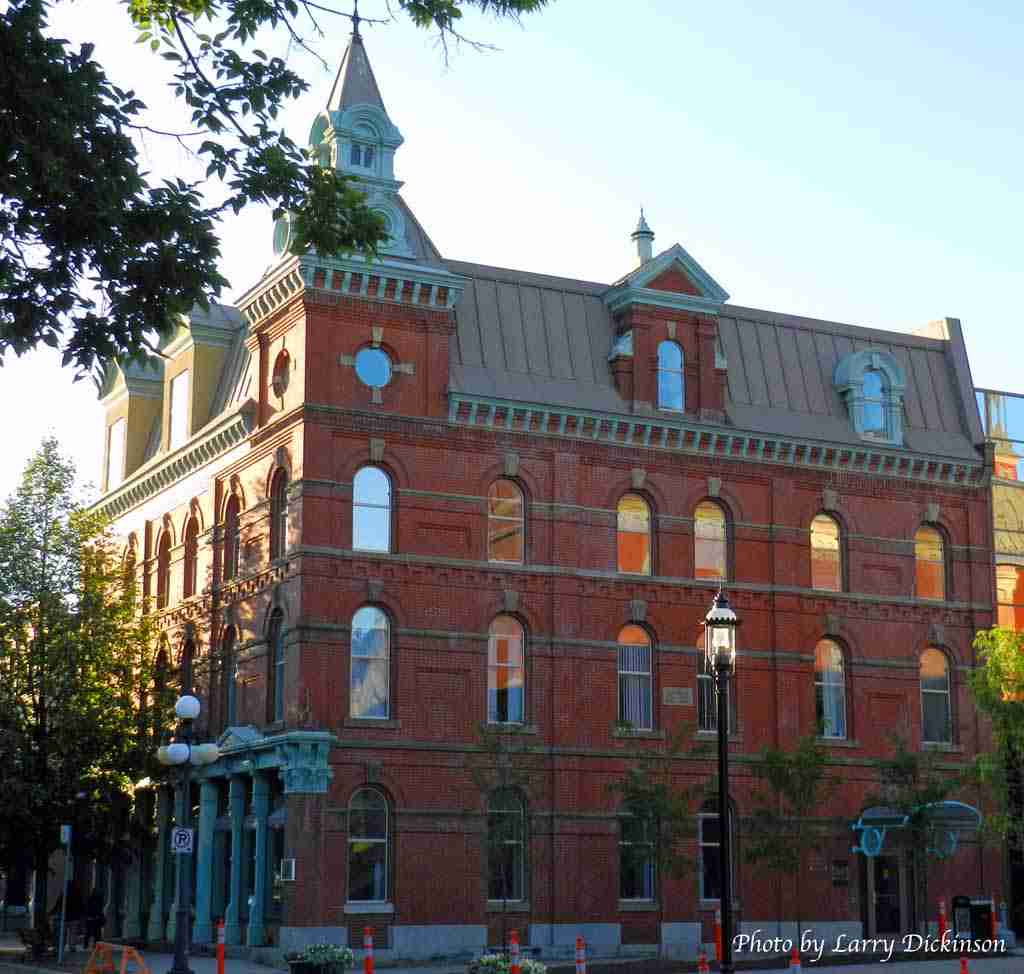 Archibald Fitz Randolph was educated at the grammar school in Digby. At age 16 he began his business life in his father’s dry-goods store there, and when he was 17 he entered the employ of a Saint John stove dealer as a clerk. He moved to Fredericton after three years to become a clerk and bookkeeper to Abraham Tyler Coburn, a leading lumber merchant. There, in 1855, he opened his own retail store, selling hardware, dry goods, and groceries. His shrewdness, enterprise, and uncommon common sense soon expanded the business. Ten years later he established a wholesale grocery store specializing in West Indies goods and flour, and in 1878 he built a large new building on Phoenix Square to house his increasing trade. One of his sons joined him in 1883 and another followed in 1892, when the firm’s name became A. F. Randolph and Sons.

Fitz Randolph had a variety of business interests. When in 1864 the government of Samuel Leonard Tilley* had passed an act subsidizing railway building, he was one of those Fredericton entrepreneurs anxious to develop links to existing lines and thus encourage commercial growth in the capital. He served as treasurer of the Fredericton Railway Company, incorporated in 1866 to build a line to connect with the Western Extension railway from Saint John to the state of Maine, a task it accomplished in 1869. He was also associated with the New Brunswick Railway Company, formed in 1870. The line it undertook to construct from St Marys Parish, opposite Fredericton, northward to Woodstock and Edmundston was completed in 1880. Taking advantage of the boom in railway building, Fitz Randolph and others moved in 1875 to incorporate the Miller Flanger Manufacturing Company, for the manufacture of railway cars and parts.

Not all of Fitz Randolph’s ventures were successful. In 1871 he became a partner in the Fredericton and Saint Mary’s Bridge Company, which was to build railway and road bridges from Fredericton to the north side of the Saint John River. It apparently did not fulfil its obligations, for it was re-formed in 1882. The statute incorporating the new company was, however, disallowed by the federal government the following year. When Premier Andrew George Blair decided to press ahead, a new company was established in 1885. It is not known if Fitz Randolph was involved in this venture. Eventually the company would default and its assets would pass to the federal government.

Fitz Randolph was also a lumberman. For some years he was involved in the West End Mill at Fredericton, until it burned in 1870. That year he entered into a partnership with Charles Parker Baker in a lumber-milling and lime-kiln business, Randolph and Baker, which was located at a site later named Randolph (Saint John). A director of the Fredericton Boom Company and its president in 1875, Fitz Randolph was also among the incorporators in 1879 of the Sheer Boom Improvement Company, which was to construct booms on the Saint John above Grand Falls and on the Aroostook River.

Among Fitz Randolph’s other interests was the People’s Bank of New Brunswick, incorporated in 1864 with a capital of $60,000. Its first president, he would remain chief officer until his death, but shortly thereafter, in 1907, his family was to sell to the Bank of Montreal. He was involved as well in the insurance business, being one of the incorporators in 1874 of the New Brunswick Mutual Fire Insurance Company and in 1889 of the Keystone Fire Insurance Company of Saint John, of which he was president for a time. He was also associated with the Fredericton Gas Light Company. In his endeavours he was connected with many prominent businessmen and politicans. Chief among them was his friend Alexander Gibson.

On 25 May 1882 Fitz Randolph was appointed to the Legislative Council; however, for reasons of health and finding politics not to his liking, he resigned in 1885. He avoided further offers of political life in favour of his commercial enterprises. In the municipal election of 1889, for example, he rejected an attempt by the Fredericton Woman’s Christian Temperance Union to put his name forward for the mayoralty of the city.

A strong supporter of the Canada Temperance Act of 1878, Fitz Randolph attended temperance meetings and frequently was the largest contributor to the funds raised at them. Often called to the dais, he would urge his business colleagues in the audience, especially Gibson, to match his monetary pledge. His wife was active in the same cause and in 1886 was one of the incorporators of the Fredericton WCTU. Another of Fitz Randolph’s concerns was the Victoria Public Hospital in Fredericton; of which he was a founder and a trustee.

Fitz Randolph was an active supporter of the Brunswick Street Baptist Church for some 30 years, and a deacon for more than 25. In 1883 he was an incorporator of the Baptist Annuity Association, formed to assist Baptist ministers and their widows and children. He promoted his faith at every opportunity, supporting, for example, the publication of the Reverend Ingraham Ebenezer Bill’’s Fifty years with the Baptist ministers and churches of the Maritime provinces of Canada by purchasing copies and giving them to friends. Even at the large Fitz Randolph family picnics, “Uncle Archie” would gather its younger members aside to encourage them to become Baptists. In his will he endowed his denomination and its foreign and home missions handsomely.

Fitz Randolph had an interest in education as well, particularly Baptist education. Not only did he serve as chairman of the Fredericton Board of School Trustees from 1872 to 1896, but he was an incorporator in 1883 of the New Brunswick Baptist Education Society and in 1884 of the Union Baptist Education Society. In 1877, after a destructive fire at the building housing Acadia College and Horton Academy in Wolfville, N.S., he and Theodore Harding Rand had been generous New Brunswick benefactors towards its re-establishment. Subsequently, he was appointed to the board of governors of the two institutions.

After an active career in business and in the service of his church and his community, Fitz Randolph died in May 1902. A letter of 1848 from his loyalist grandfather Joseph Fitz Randolph had admonished the young man to be an ornament to society and the name of Randolph.” That, Archibald Drummond Fitz Randolph most certainly was.

Between 1951 and 1980, the Randolph Building was the home of Fredericton’s newspaper the Daily Gleaner. In the days of the Gleaner, the old lead press plant was at the street level behind the large plate glass windows with the newsroom and composing rooms on the second and third storeys.

Of note is the fine cast iron façade at street level, the dog-face grotesque figure glaring from the corner pilaster capital, and the tall corner tower with its wrought iron embellishments and round dormer window, offering a fine counterpoint to City Hall.