Hillsborough and Albert County were included in the Mi’kmaq First Nation’s territory, which included northern Nova Scotia, Prince Edward Island, and much of New Brunswick.

The Acadian people, who established the first continuous European Settlement in North America in 1604, moved to this side of the Bay of Fundy and established Ville Blanchard in 1700, which is now Hillsborough. For fifty-five years the Acadians worked to clear the uplands and reclaim the salt water marshes, turning them into the lush green meadows we see bordering the Petitcodiac River today.

In 1755 the tragedy of Le Grand Derangement occurred. The Acadians were forced from their homes, their villages destroyed, their lands left untended, and the dykes and aboiteaux allowed to be breached. Not until 1766 did the Acadian lands in the Hillsborough area again come alive to the ring of the axe and the scrape of the hoe.  In that year eight German Families arrived by way of Pennsylvania. They were the Copple, Treitz, Lutz, Somer, Johns, Wortman, Ricker, and Stieff families. Four of these Family names evolved over time into Trites, Jones, Lutes and Steeves, or Steves.

Through the industriousness of these families, this area has contributed to the worlds of geology, business, and statesmanship. Their largest contribution has been the continuous export of their sons and daughters, who now populate every corner of the globe.  The Steeves Family’s descendants alone are estimated to number more than 250,000 people. 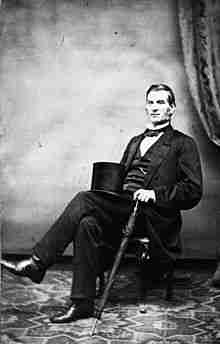 William Henry Steves was born in 1814 in the small cottage which operates today as the Steeves House Museum. He was the oldest of eleven children born to Joseph and Martha Steeves. He was also the great-grandson of Rachel and Heinrich Stieff, who are the founders of the Steeves family (the early form of Stieff became Stief, Steves, and Steeves).

William started his career in Hillsborough in the form of a small grocery store and post office. Later, after acquiring several acres of forests, he went into the lumber industry. This connected him with the shipping industry. At that time, the Petitcodiac River was used for shipping and its shores for ship-building. He and his brother Gilbert started a Ship’s Brokerage. It was because of this business that, sometime after 1861, he moved with his family to the city of Saint John, New Brunswick. It was there, in 1873 at the age of 59, that William Henry died and was buried.

Before he moved to Saint john, William Henry Steeves also had a big role in the politics of New Brunswick and Canada. While New Brunswick was still independent, in 1846, Albert County was given the right to send two members to the legislature. William Henry was elected to be one of these representatives at the age of 32. In 1851, he was appointed to the Legislative Council. In 1854, he found a place in the Cabinet as Surveyor General. Then, in 1855, he became the first Minister of Public Works for New Brunswick and held the position twice.

In 1864, William Henry’s role as a Father of Confederation began with his attendance at the Charlottetown conference. He was also in attendance at the Quebec conference, a follow-up to the Charlottetown conference, where he represented New Brunswick. In the first vote on Confederation, New Brunswick was the only province to reject the idea, but Albert County voted strongly in favour of it. William’s influence there was evident, even after he had moved to Saint John. Finally, in 1866, the vote was turned around and Confederation was accepted. After the vote, representatives from the four provinces went to England to negotiate with the British government to create the British North America Act (BNA Act). When passed in 1867, the BNA Act created the dominion of Canada. William Henry Steeves thus played a large role in the founding and formation of Canada. 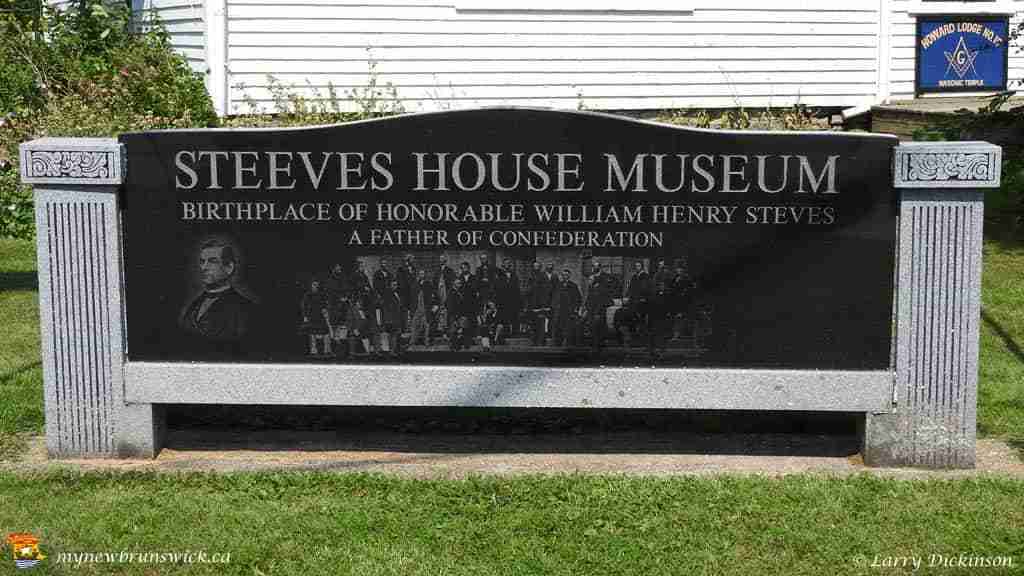 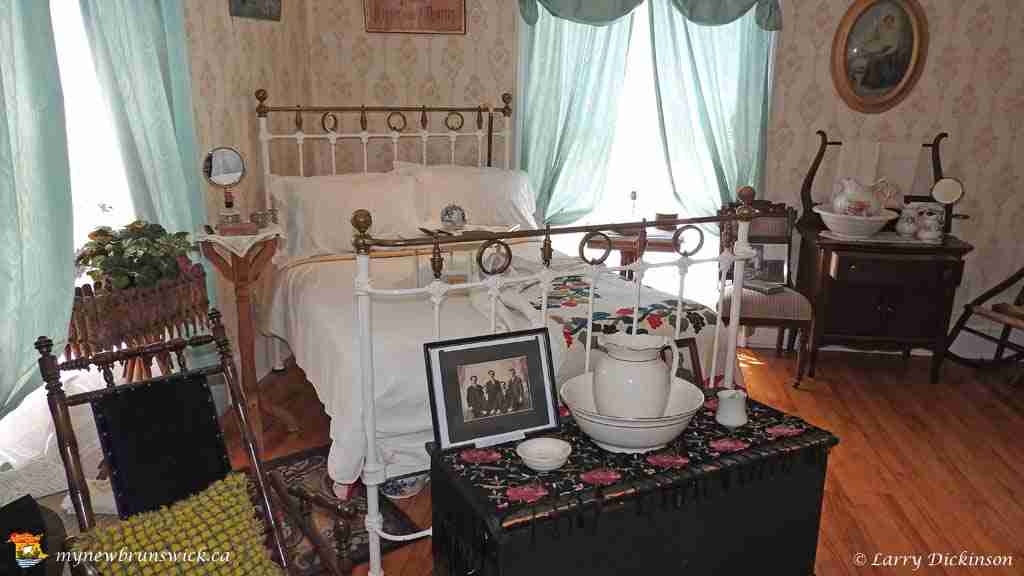 The Steeves House Museum is a charming Colonial mansion filled with light from massive windows. It offers costumed, guided tours of the mansion’s thirteen rooms, as well as the nearby Saint Mary’s Anglican Church. The museum is open for an extended season from May 15-Oct. 15 (Mon-Sat 9-5, Sun 12-5) and is located at 40 Mill St. Hillsborough, NB.

To see more photos of the Steeves House Museum, click on a thumbnail below.