Don Messer, Fiddler & Composer, 1909-1973. Don, the youngest of eleven children of John & Margaret Messer of Tweedside, NB, began playing the fiddle at the age of five. Two years later he was performing at barn frolics and weddings.

As Don Messer and His Islanders, the group of all-Maritime performers, made 23 cross-Canada tours, performing in small towns and cities to equal praise. 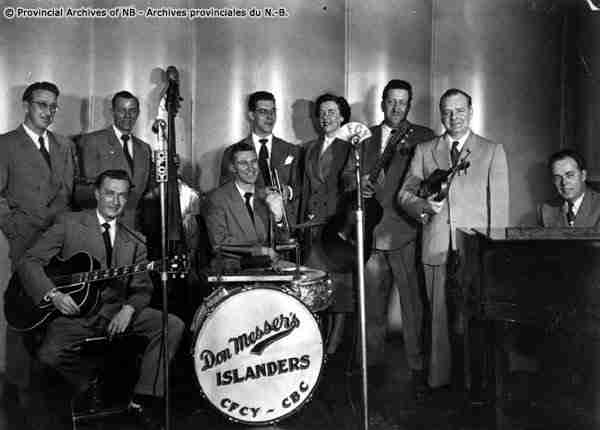 At the height of his career, he and his Don Messer’s Jubilee cast, entertained millions, and were one of Canada’s favourite television programs throughout the 1960’s. Don was widely recognized for his talent, recognition of and promotion of Canada vocalists and musicians, and his determination to keep the feel of his frolic in his performances. He died in Halifax on March 26, 1973.

This giant fiddle was erected as a monument to Messer and is located in Harvey Station.