Heber Harold Hatfield was born in Middle Simonds, the son of George Washington Hatfield and Emily Holmes. Hatfield operated a large scale potato business. He also served as Mayor of Hartland  and represented Victoria-Carleton in the House of Commons from 1940 to 1952 as a National Government and then Progressive Conservative member.

The Town of Hartland is surrounded by rich fertile soil perfect for growing high quality potatoes. In his vision Heber Harold Hatfield learned how to evaporate a potato to a state where one added water to eat. He obtained a contract from the government to ship evaporated potatoes in tins across the ocean to allied forces during World War 1. The tins could be dropped from airplanes to soldiers in the fields providing nourishment. Even after the war he provided these tins to countries that were starving due to the ravaged land from war unfit to grow their own food. 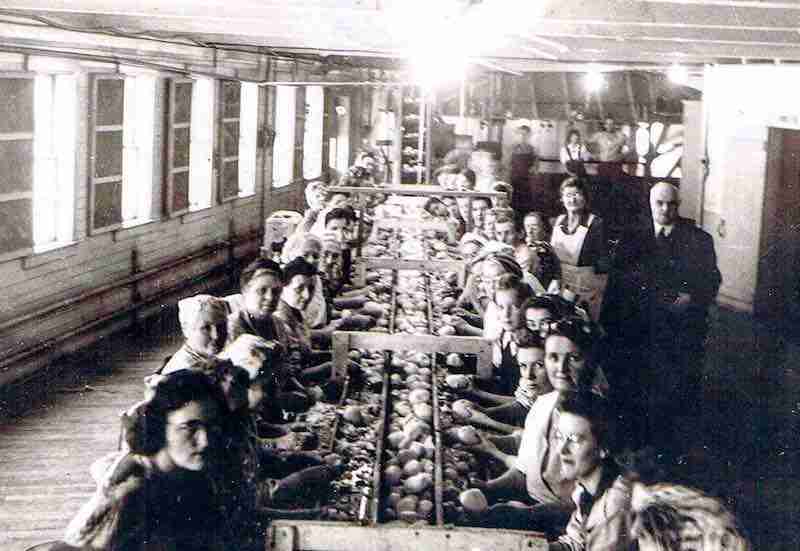 After the war he continued refining his starch process and instead of using the evaporation method he began dehydrating potatoes, a much tastier product. 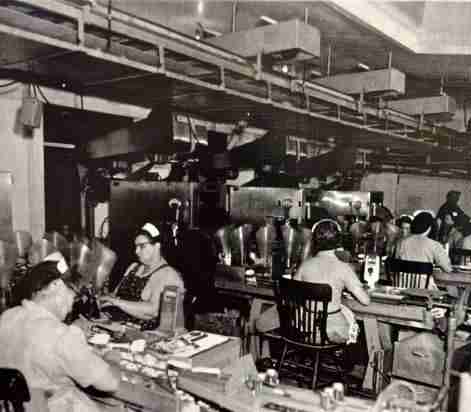 When World War 2 broke out he received another contract to feed the troops. People, mostly women, were employed to wash the potato, peel and cut potatoes into small squares. The squared potatoes were then put into hot water for 5 minutes (Blanched) and placed on trays on wheeled carts and taken into a huge room with powerful fans that dehydrated the potato to be put into the tins. 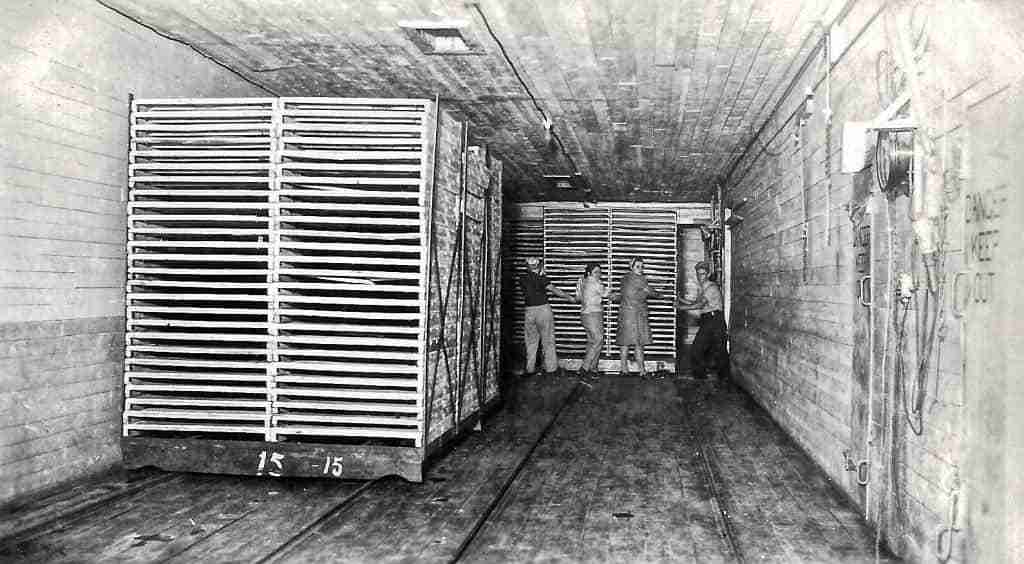 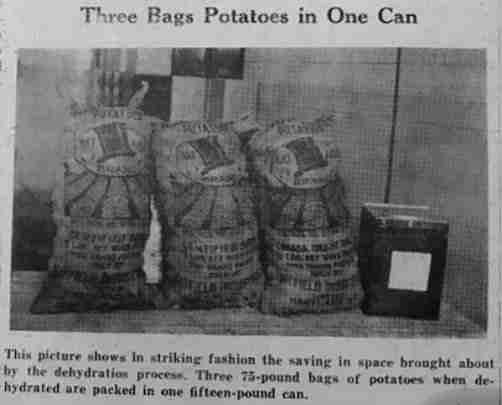 Heber Harold Hatfield had the largest operation for starch making and dehydration in North America at one time. When World War 2 ended so did his contract, which he knew, so he hired a chemist that experimented on extracting sugar from the potato. He bought a quarter of a million dollars worth of equipment to extract sugar from potatoes. During the war sugar was scarce.

And then a fire in 1946 burned down the dehydration plant and all his new equipment! 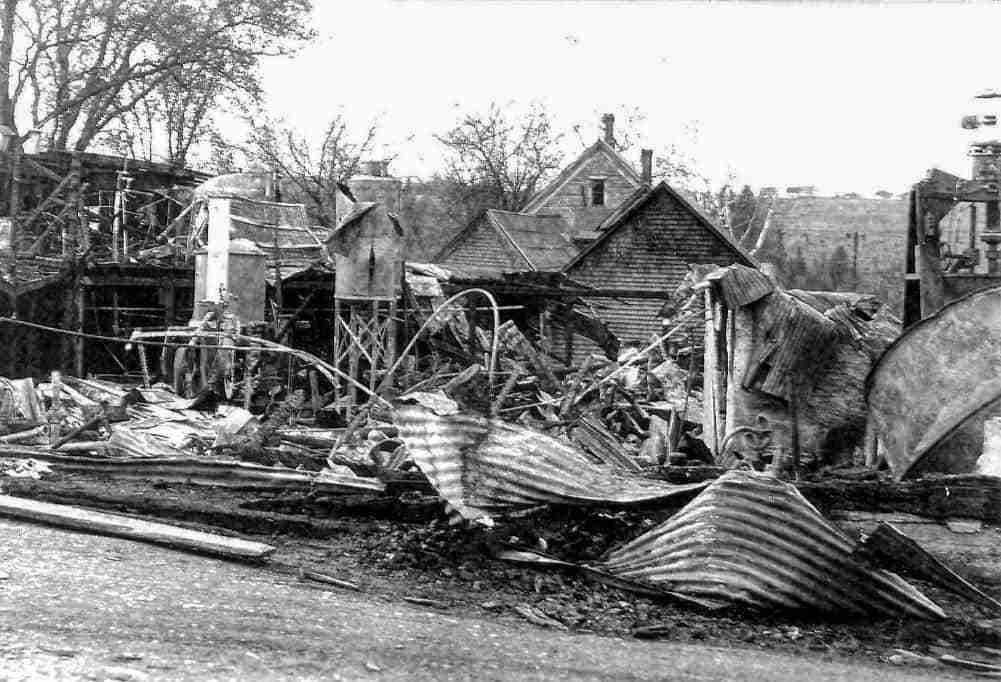 But Hatfield did not give up. He rebuilt the starch industry shipping starch used in multiple products and began looking into slicing the potato into chips. Though his sons discouraged him, he went ahead and began the potato chip process. In 1950 it started out small, then exploded. The “Cracklin’ Crisp” product both chips and later sticks boomed. 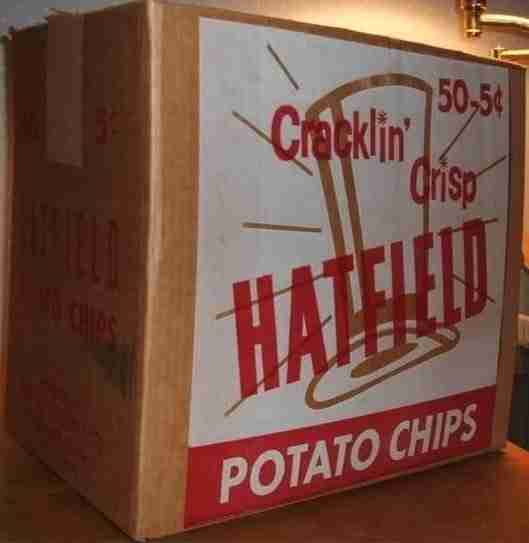 During the low economic times of losing a mill and the depression Heber Hatfield provided employment to the families, the farmers, and the lumbermen in the area. 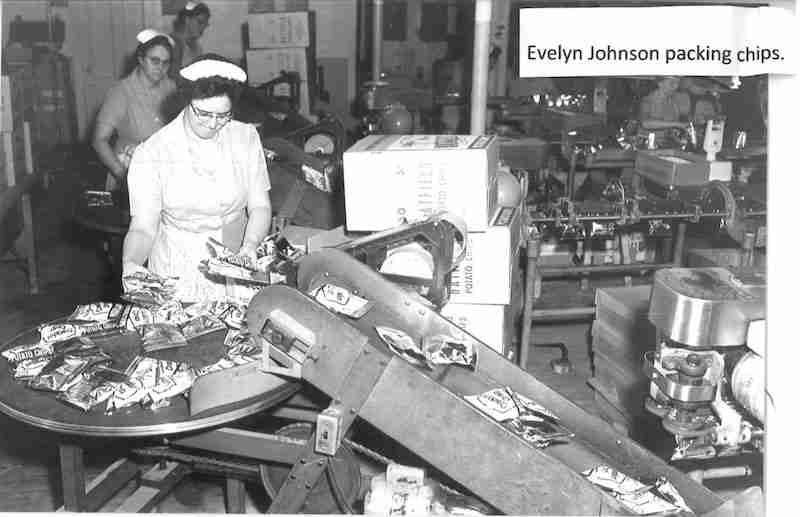 On the side he also had a woods operation, a fox farm and a farm that raised purebred cattle, other animals and vegetables such as beets, turnips, and potatoes.

In 1952 while in office as the MP for Carleton-Victoria serving his third term, Heber died of cancer. His sons continued his legacy. Richard went on to become Premier of New Brunswick and later served in the Canadian Senate. 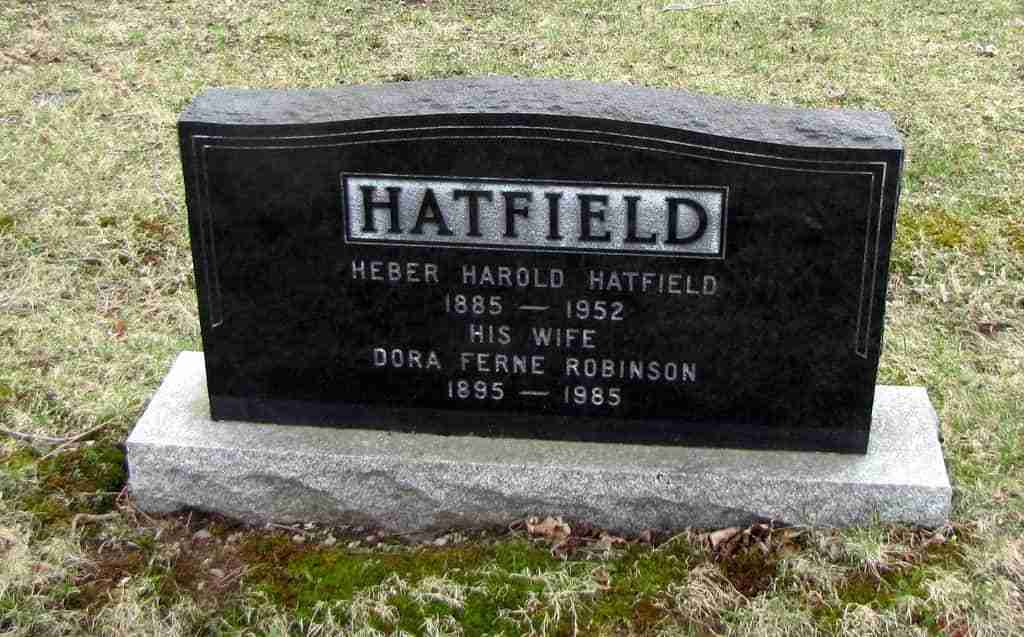