Jocelyne Roy Vienneau was New Brunswick’s 31st Lieutenant Governor, after a long and successful career focused on economic development, the promotion and advancement of education and community engagement.

In 2014 Jocelyne Roy Vienneau ended her second and final mandate as Vice-President at l’Université de Moncton’s Shippagan Campus. She held a Masters in Public Administration and a Bachelor of Applied Science in Industrial Engineering from l’Université de Moncton, as well as a teaching certificate from the province of New Brunswick.

Throughout her career, Jocelyne Roy Vienneau sought to promote and advance research and innovation. Ms. Roy Vienneau served as Assistant Deputy Minister for Post-Secondary Education for the Province of New Brunswick.  She also worked at the New Brunswick Community College in Bathurst for 23 years as dean, department head, professor and finally, principal during the last six years. She began her career as a project engineer at Esso’s Imperial Oil refinery in Montreal.

In 2003, she was named Alumni of the Year from l‘Université de Moncton’s engineering faculty. In 2001, during her time as principal of New Brunswick Community College in Bathurst, the school became one of the first two colleges in the country to be eligible for research grants with the Natural Sciences and Engineering Council of Canada. In 2015, she received the Paul Harris Fellow from the Shediac Rotary Club. 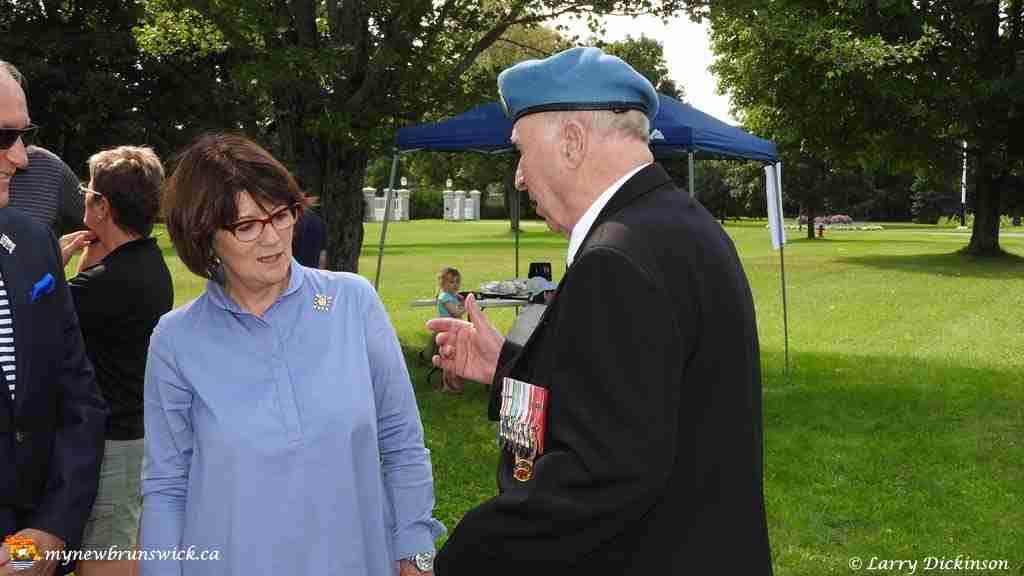 “Ms. Roy Vienneau was a passionate advocate for New Brunswick and its people throughout her career, and, during her time as Lieutenant-Governor, championed literacy, mental health issues and the need for a new sense of pride for the place we call home.

Since taking on the role, Her Honour took part in well over a thousand events, earning the admiration and affection of people across the province. She would often remind us of our diversity and how powerful New Brunswick can be when we work together using our unique strengths and talents.”

Lieutenant Governor Jocelyne Vienneau passed away August 2, 2019 after a battle with Cancer. Ms. Roy Vienneau was the mother to two grown children, Isabelle and Cédric, and grandmother to Simon and Matthieu. She was a supporter of MyNewBrunswick.