Wendy Nielsen, ONB, soprano, teacher was born in Harvey. An acclaimed opera, concert and recital singer, Wendy has sung major roles at the Metropolitan Opera and performed across Europe and North America, including engagements at Carnegie Hall and with the New York Philharmonic. She has also appeared across Canada with such companies as the Calgary Opera, the Vancouver Opera, Opera Lyra Ottawa and the Canadian Opera Company (COC). An accomplished voice teacher since the mid-1990s, she has worked full-time as a lecturer in voice and opera at the University of Toronto, and as head vocal consultant for the COC Ensemble Studio since 2012. Wendy is now an Associate Professor at the University  of Toronto.

Until the age of 16, Nielsen, who graduated from Harvey High School in her native New Brunswick, sang in church choirs and school musicals. Her talent was noticed and nurtured by Mabel Doak, her music teacher in Fredericton. She then pursued her formal musical education at Mount Allison University and the University of Lethbridge, where she earned a Bachelor of Music in 1984 while studying with her mentor, the bass-baritone George Evelyn.

Wendy Nielsen’s career did not begin auspiciously. After graduating with a master’s degree in music (opera) from the University of British Columbia in 1987, her application to the University of Toronto’s Opera School was rejected, and the Canadian Opera Company (COC) Ensemble program was full. Fortunately, she was able to attend COC classes as an apprentice, although she did not fully join the program until the following season. Nielsen later made her opera debut as Kate Pinkerton in Madame Butterfly with the COC Ensemble in 1990.

Her first major role was as Fiordiligi at the COC in Cosi fan Tutti (1992), a role she reprised at festivals in New Jersey and Banff. In 1996, she made two other debuts: as Emma in Schubert’s Fierrabras at Carnegie Hall; and at the Metropolitan Opera, again as Fiordiligi. She has returned to the Met many times in Carmen (Micaela), Don Giovanni (Donna Elvira) and The Marriage of Figaro (Countess Almaviva). 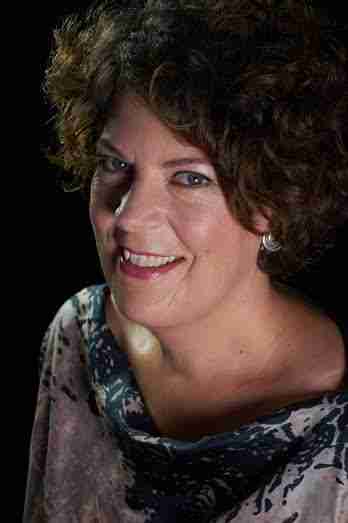 In recital she has collaborated on programmes with oboist Suzanne Lemieux, pianist/composer Peter Tiefenbach and pianist Michael McMahon. With pianist Robert Kortgaard she performed the world premiere of “Between the Salt Water and the Sea Sand,” a song cycle based on Maritime folk melodies by Martin Kutnowski. Nielsen has recorded for Marquis Classics, ASV Sanctuary Classics and CBC Records.

An active voice teacher and clinician since 1994, Nielsen has taught at the Calgary Opera Emerging Artist Program, the University of Toronto’s COSI summer program in Italy, the St. Andrews Opera Worksop (which she founded in 1995) and privately. She has been invited as a guest faculty and to give master classes at the Royal Conservatory of Music’s Glenn Gould School, the Orford Arts Centre, McGill University, Dalhousie University, the Ontario chapter of the National Association of Teachers of Singing (NATS) and elsewhere. She has been teaching full-time since 2012 as a lecturer in voice and opera at the University of Toronto, and as head vocal consultant for the COC Ensemble Studio.

She frequently serves as an adjudicator and is recognized for mentoring young singers. Her numerous students have included Claire de Sevigne, soprano, Miriam Khalil soprano and Iain MacNeil baritone.