If Shediac is considered as one of the most important Acadian regions, it is , in large part, thanks to the many builders who truly believed in the area. History shows us that during the 17th and 18th century, the first Acadians to settle in the area were employed in Shediac. In 1749 most of them were hired to build a fort, houses and warehouses for the purpose of resupplying the French troops in new Acadia. Supplies coming from Québec, Louisbourg and France were unloaded from schooner ships and warehoused in Shediac to be transported later on by portage to Petitcodiac and Beauséjour from Shediac River to the Bend, from the Scoudouc River to the Memramcook River and from there to Beauséjour.

The first Acadian settlers to permanently set up house in the area, today known as Shediac, arrived between 1798 and 1805. They settled mainly to the east of the Scoudouc River, in an area that was later known as La Batture because of the many oyster beds found at the mouth of the river.

At the beginning of the 19th century, paths trampled on for thousands of years became the first truly organized means of public transportation in the Maritimes. New Brunswick’s first public road was constructed between Shediac and Moncton in 1816. It was on this road that the first public transit service for the east coast started up. It is therefore not surprising that the first railroad in the Maritime Provinces was established in Shediac. The first passengers were transported from Shediac to Moncton in August of 1857 on the European and North American Railway.

Shediac was one of the most important railway centres in the country before the operations were moved to Moncton following the fire of 1872. The only remaining trace of that era is the old train station, which lasted until the 1980s when the old railway lines were removed to accommodate an office building which would eventually house the Department of Supply & Services Superannuation. Incidentally, the old railway depot was purchased by the Town in 1994 and the structure is still standing today. 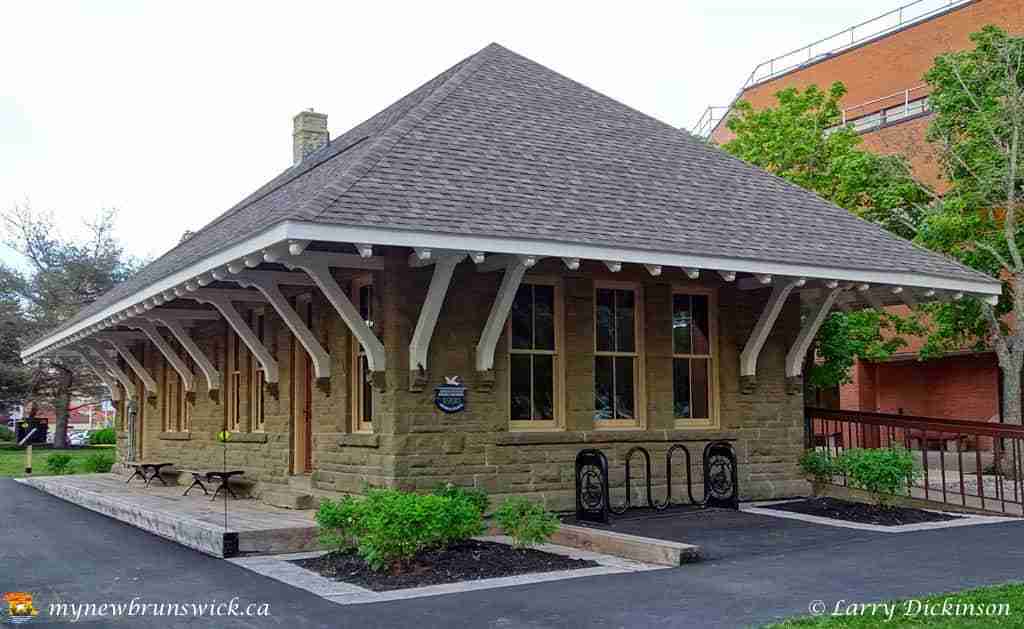 Still in the 19th century, merchandise was shipped from New Brunswick to foreign markets by sea. Because of its ideal geographic location and vast reserves of timber, Shediac was the perfect site to construct sailing ships. In 1817, the first ship built in Shediac was officially launched. This ship, built by Bowen Smith, was made of wood that was entirely carved by hand. With the emergence of new means of transportation, roads for example, as well as the development of the shipping industry in other major centres of the Maritimes, shipbuilding in this area gradually fizzled out.

As in other Acadian communities, agriculture also played a major role in the development of Shediac. In the early 1870s, the family-owned business, Chesley Tait Company, developed an industry that was to dominate the economy of Shediac for many years. While on a trip to Bermuda, Alexander J. Tait, one of the business partners saw an opportunity to expand the business and develop the potato industry in his little seaside village. On his return to Shediac, he wasted no time in convincing local farmers to cultivate potatoes on a larger scale. During the first twenty years of the 20th century, a hundred thousand barrels of potatoes were shipped from here by rail or by sea to foreign markets in Bermuda and the West Indies, as well as to the rest of Canada. 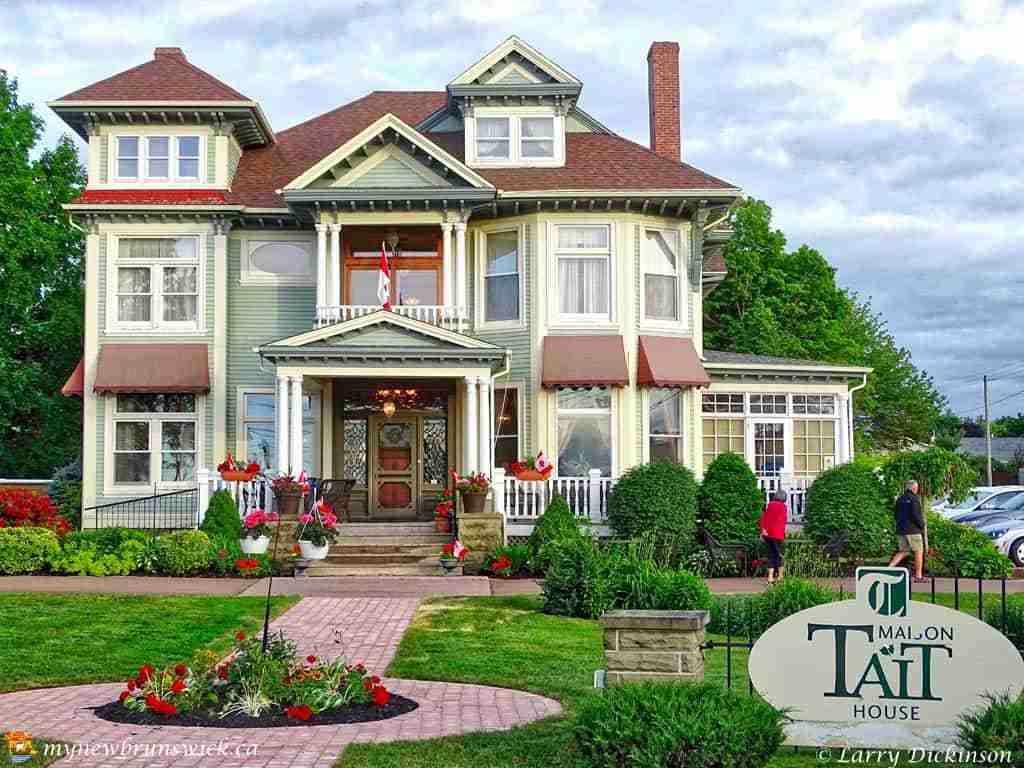 Shediac was also instrumental in the development of air transport. The first transatlantic airmail sent to Lancashire, England was stamped at the Shediac Post Office on June 24, 1939. Flights went from Shediac to Foynes, Eire. Prior to that, in July of 1933, the first air squadron left Italy to cross the Atlantic Ocean. Twenty-five (25) hydroplanes under the command of General Italo Balbo safely landed on the calm waters of Shediac Bay. The first commercial flights from North America to Europe departed from the Shediac terminal of Pan American Airways beginning on July 19, 1937. The «Clipper» stopped in Shediac once a week to refuel. The breakout of World War II in September of 1939 saw the decline of the hydroplanes and as a result, the Shediac terminal shut down its operations. During the war, the terminal was used by the small military planes of the Royal Canadian Air Force. 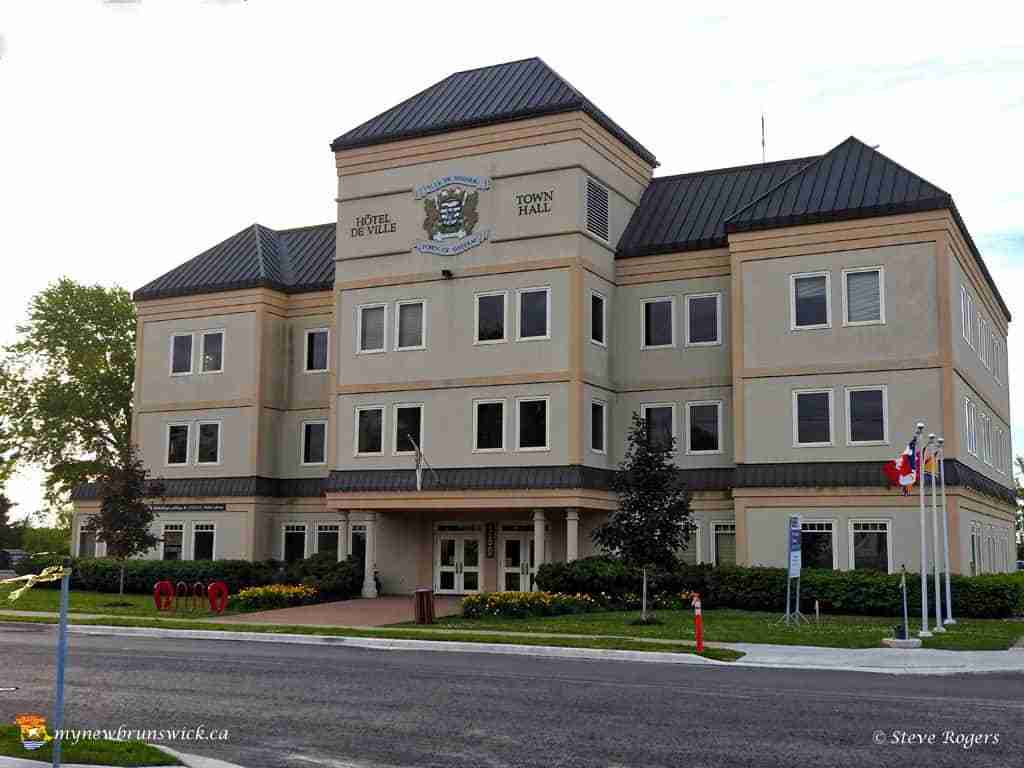 Shediac is unique in Canada in that it was intimately linked to the early stages of all forms of public transportation: public roads, railway, passenger/cargo ships and ferries, as well as commercial aviation. Acadian settlers from the area took advantage of the development of the municipality of Shediac and today Acadians make up 75% of the population in Shediac.

Rich in history and culture, Shediac is recognized for its avant-gardism: as the site of the first shipbuilding yard; the first steam sawmills in New Brunswick; not to mention, the first passenger railway line in the Maritimes.

Situated near the strait of Northumberland, Shediac is famous around the world for its giant lobster, where thousands of visitors have their pictures taken each year, thus confirming our claim to fame as “THE LOBSTER CAPITAL OF THE WORLD”. The first mention of the word “lobster”, a word attributable to Captain Parkhurst, appears in the Maritimes Archives as far back as 1578. 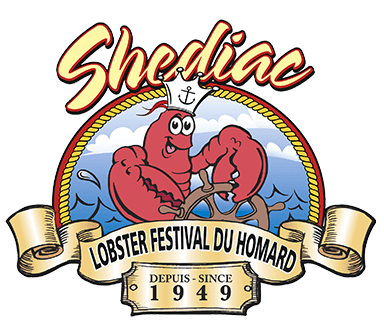 Closer to home, a pioneer in the lobster processing industry was named William Blizzard, a resident of Shediac. He opened a lobster processing plan in Shediac in 1861 and began to sell lobster on the open market. He was an innovator in the processing of lobster in Southeast New Brunswick. Another Shediac native whose name is synonymous with the lobster industry in the 20th century is Émile Paturel. The Paturel name was closely linked to this delectable seafood for over fifty years in Canada, the United States and Europe. The Town of Shediac certainly took advantage of this abundant natural resource and in 1949 the municipality staged the very first annual Shediac Lobster Festival, which marks it as one of the oldest festivals in the province.

Click on a thumbnail to see more photos from the Shediac-Cap-Pele area.

One thought on “Shediac”