Matt Andersen is a Blues guitarist and singer/songwriter from Perth-Andover and is known as one of Canada’s hardest-working musicians, averaging around 200 live performances per year. Specializing in an earthy blend of blue-collar folk, electric blues, and roots rock, the New Brunswick native began his musical career in 2002 with the group Flat Top. 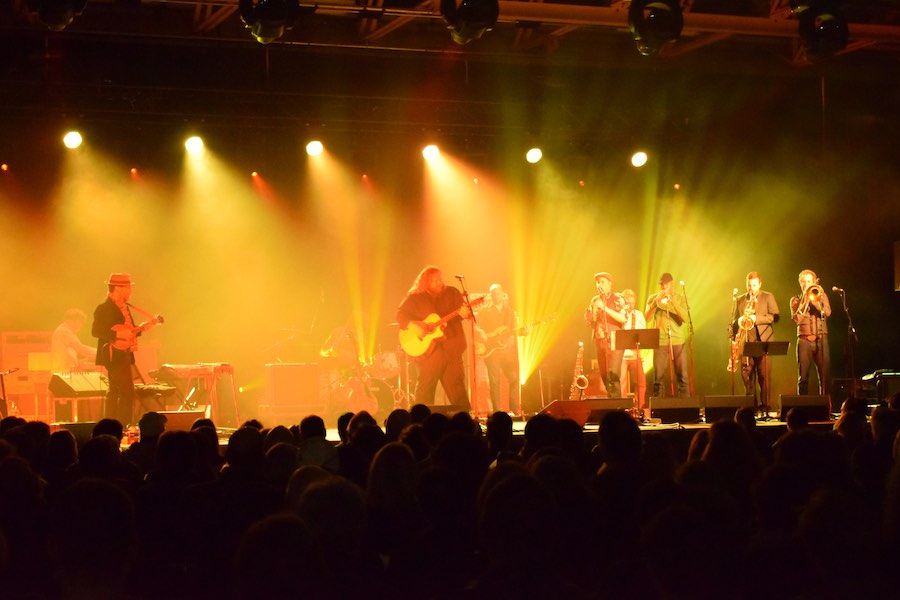 He issued his solo debut, “Second Time Around”, in 2007, followed in 2008 by “Something in Between” and in 2009 by “Piggyback”, the latter of which was a collaboration with acclaimed harmonica player Mike Stevens. That same year he issued his first concert album, “Live from the Phoenix Theatre”, and later his first collection of holiday music, Christmas Time. A pair of studio albums, “Push Record” (with Mike Stevens) and “Coal Miner Blues”, followed in 2011. The Steve Berlin-produced “Weightless”, his debut long-player for the True North label, arrived in 2014, earning Andersen a Juno nomination for Roots & Traditional Album of the Year.

In  January 2010, Andersen won the top prize for a duo/individual in the Memphis, Tennessee, International Blues Challenge, beating artists from 11 other countries and five continents – the first Canadian to win in the event’s 26-year history.

One thought on “Matt Andersen”