John E. Woolford, Royal Engineer and Barrack Master, is credited with the construction of this large-Georgian house built about 1840. Set back from the street, this two-and-a-half storey wood frame dwelling occupies a corner lot at the intersection of Smythe and Charlotte Streets in Fredericton.

The Georgian style house located at 248 Smythe Street stands as the domestic expression of John Elliott Woolford’s architectural skill. Woolford, landscape painter and architect, came to Canada in 1816. He sketched topographical views of New Brunswick, Nova Scotia, Quebec, and Ontario for the Governor General before being appointed to the New Brunswick Barracks Department in 1823. Woolford designed many of the significant public buildings in Fredericton, including Government House and Kings College, which were completed in 1828. This house is a rare example of Woolford’s residential architecture. 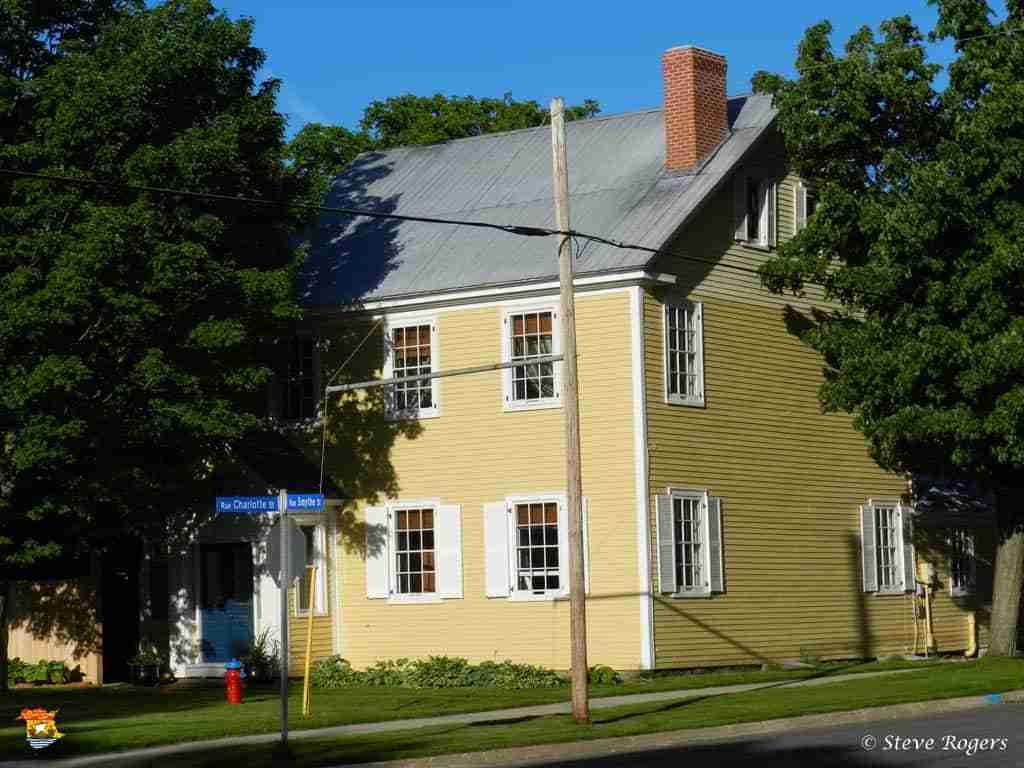 Richard Hayne, the original occupant of this house, was the commissioner of the New Brunswick and Nova Scotia Land Company. Lieutenant Colonel Hayne had a considerable military career before his arrival in New Brunswick, which continued after he settled in Fredericton. In 1841, the year that Mr. Hayne and his young family moved to this house, he was appointed Provincial Aide de Camp. Mr. Hayne served in that capacity under four successive Lieutenant Governors: Sir John Harvey; Sir Edmund Walker Head; His Excellency J. Henry T. Manners-Sutton; and the Hon. Arthur Gordon.

Richard Hayne’s connection to Government House extended to his family as the wedding receptions for all three of his daughters were held within its hallowed halls. Lt. Col. Hayne’s Provincial Appointments had earned him and his family a prominent position in society and this substantial Georgian style house befitted the social stature of the Haynes. Lt. Col. Hayne’s retirement in 1863 as Adjutant General of the New Brunswick Militia, to which he had been appointed in 1851, occasioned his return to England, the country of his birth.