R.C. John Dunn (1837-1902) was a prominent New Brunswick architect who developed his skills in Boston with quite probably the celebrated H.H. Richardson, proponent of a revival of 12th century Romanesque forms during the 1870’s-80’s now known as “Richardsonian Romanesque.” This style employed rough-faced stone, round arched window and door openings, steeply pitched roofs, stout columns with stylized classical motifs, and a general sense of mass. 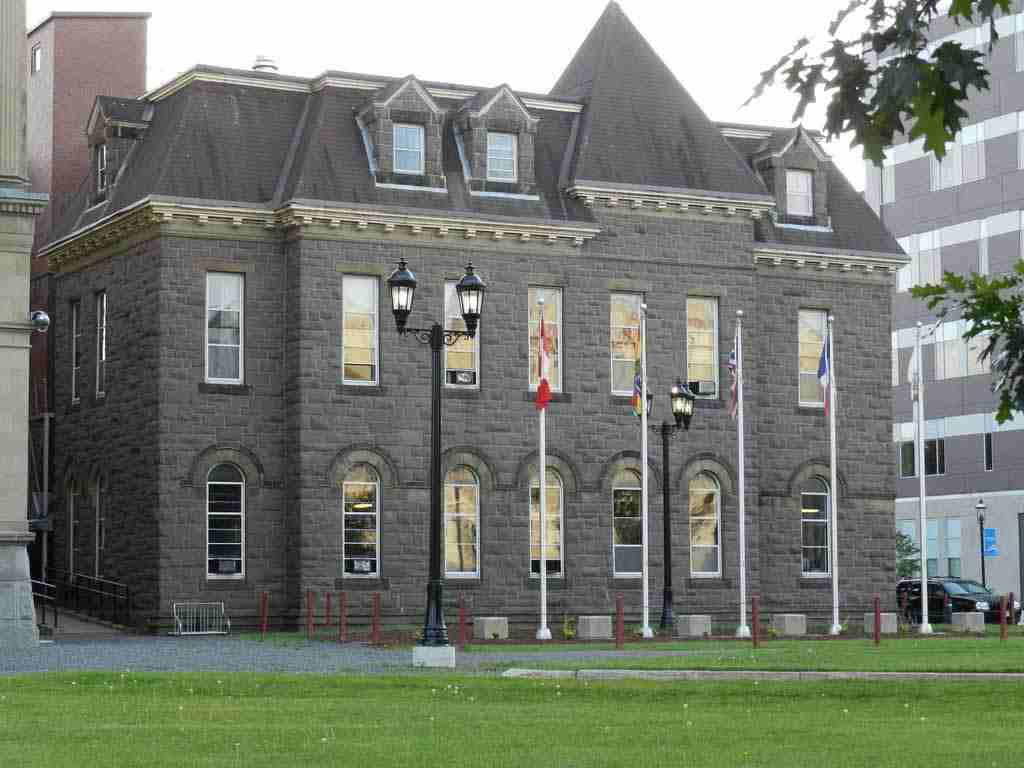 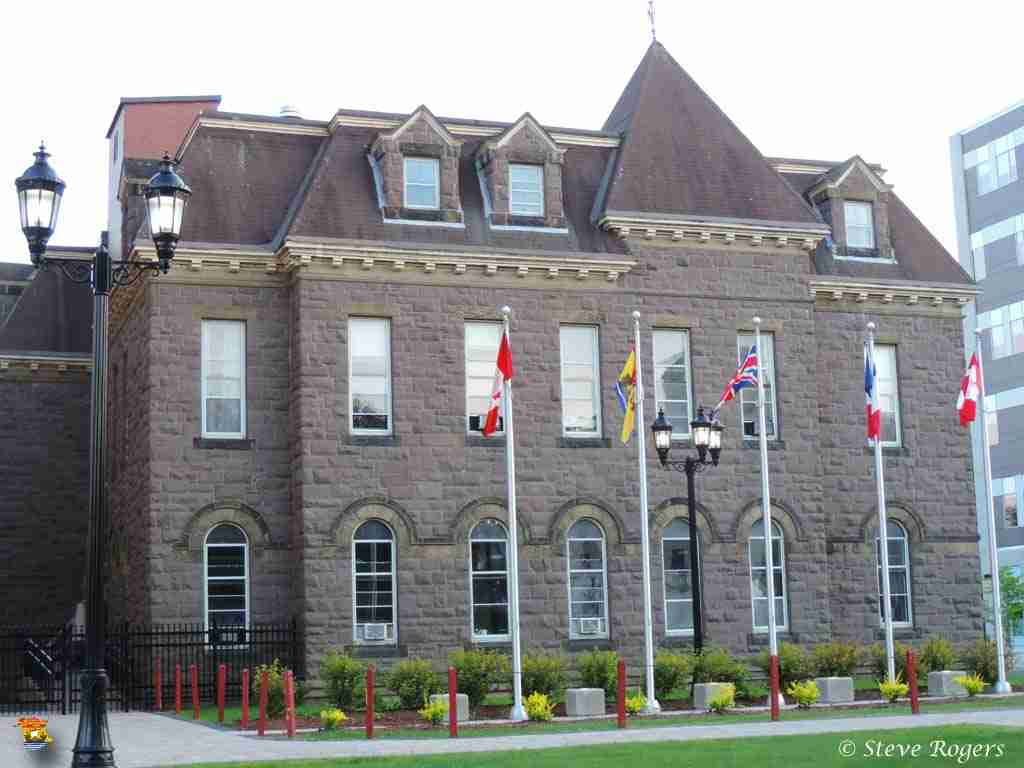 From his Saint John office, Dunn designed the Departmental Building in Fredericton predominantly in this style (with overtones of Queen Anne) in 1888 using purple and olive sandstone with polished red granite pillars.