The onset of the Great Depression framed the construction of the first facility Lord Beaverbrook constructed at UNB Fredericton, officially named “Lady Beaverbrook’s Building,” a men’s residence that was completed in 1930. 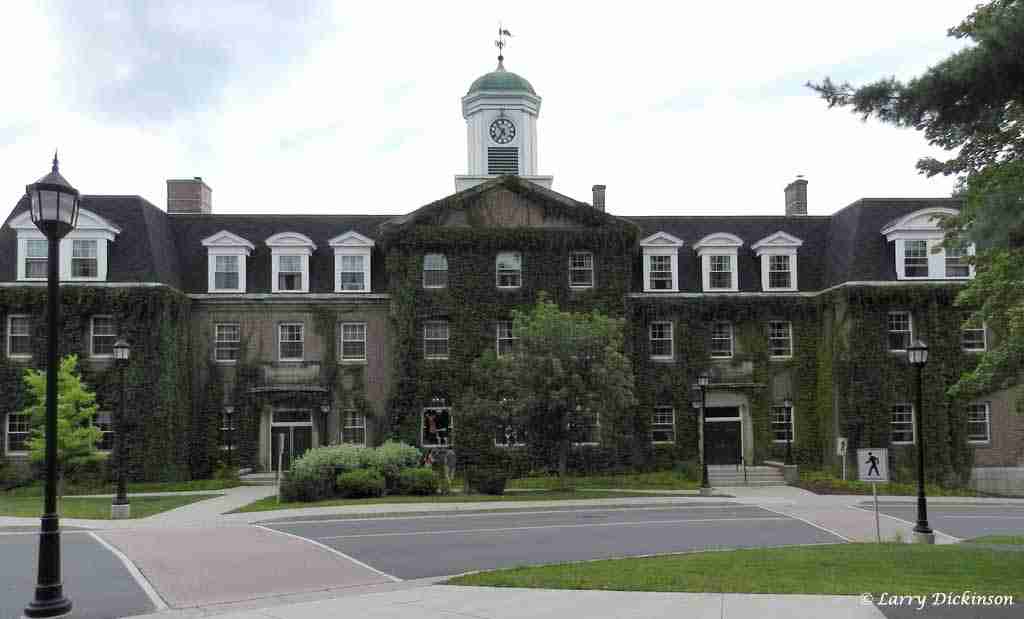 The Lady Beaverbrook’s Residence exudes an air of collegiate style and distinction with its brick detail, carved stone entrances, interior pool, mansard roof and four-sided clock tower (capped by a conspicuous beaver weathervane); notwithstanding the fact that it hosted a luncheon for King George VI and Queen Elizabeth in 1939 during the first Royal visit to Canada.