The MacDonald Farm Provincial Heritage Place  is a cultural attraction located in Bartibog, about 10 kilometres east of the City of Miramichi, in a pastoral setting overlooking the Miramichi River. The property consists of approximately 120 hectares of land on both sides of the highway. The 2 ½ storey classical 19th century stone farm house with a footprint of 100 square meters overlooks the Miramichi River. 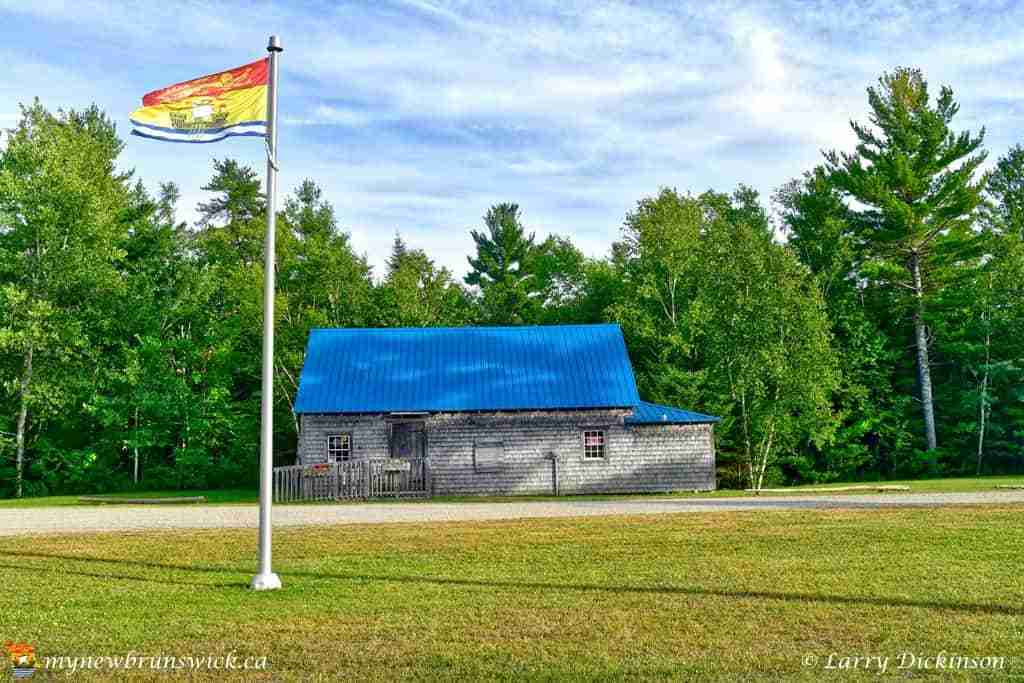 A tour of the restored MacDonald Farm, in the company of costumed guides, takes you back to the 1820s when the family of Scottish settler, Alexander MacDonald, helped to develop the area.

Savour the smells of traditional foods, view embroidery and domestic crafts, and observe gardening and the daily chores required for the care of farm animals.

The MacDonald Farmhouse was likely built between 1815 and 1820. A survey of a number of documents tells us of Alexander MacDonald, the builder of this house.

Alexander MacDonald (1762-1834) was a native of Ardnamurchan, Argyllshire, Scotland. Very little is known about his early years, but when the Revolutionary War broke out, MacDonald, then fifteen or sixteen, enlisted in the newly raised 76th Regiment of Foot organized by Lord MacDonald of Sleat, known as MacDonald’s Highlanders. The regiment saw service in various sections of the colonies, and it is reasonable to assume that MacDonald was present with Lord Cornwallis at his surrender of Yorktown. On November 1, 1783, at the age of 21 and holding the rank of private, MacDonald was disbanded at Shelburne, Nova Scotia. The earliest indication is that MacDonald did not venture to the Miramichi until 1784. He likely spent the winter at Shelburne.

Alexander MacDonald had resided on the Miramichi since the spring of 1784 but did not attempt to obtain a grant of land until 1787. Beginning in 1798, and continuing for the next twenty years, Alexander MacDonald gradually added to his land holdings through grants and purchases. He was reported to have fished the river as early as 1788, when he is listed as having caught 7 tierces of fish. In 1813 he was carrying on a salmon fishery at his Bartibog river lot.

Alexander MacDonald married Grace McLean, probably in 1790. She was a native of the Island of Eigg, and may have been the daughter of an established family, or of a Loyalist. The MacDonalds’ first child, James, was born in 1792, and twelve more followed at regular intervals until 1815.

Between 1790 and 1825, Alexander MacDonald held various parish offices. In 1791 he received his first civil appointment; that of town clerk for the middle district, south side. From 1800 to 1813 MacDonald was Commissioner and Surveyor of Roads for the Bay du Vin district. In this position he was given the task of laying out and constructing roads. From 1813 to 1825 he held three offices in Glenelg parish; Overseer of the Poor, Assessor, and Commissioner of Roads. In 1817 he became a Trustee of Schools, a position he held until 1825.

Alexander MacDonald was appointed captain-commander of a company of the 1st Battalion, Northumberland County Militia in 1799. In 1813 he was appointed as major-commandant of the Battalion, and in 1829 was promoted to the rank of Lieutenant-Colonel. The MacDonald family had a tradition of militia service. At least three of the sons held commissions in the Northumberland Militia. It is also reported that his son, James’ farm at Bay du Vin was used as a parade ground for the battalion.

Alexander MacDonald died on December 11, 1834, at the age of 72, following a two-week illness. His wife, Grace, died two weeks later on December 31 after an extended illness. 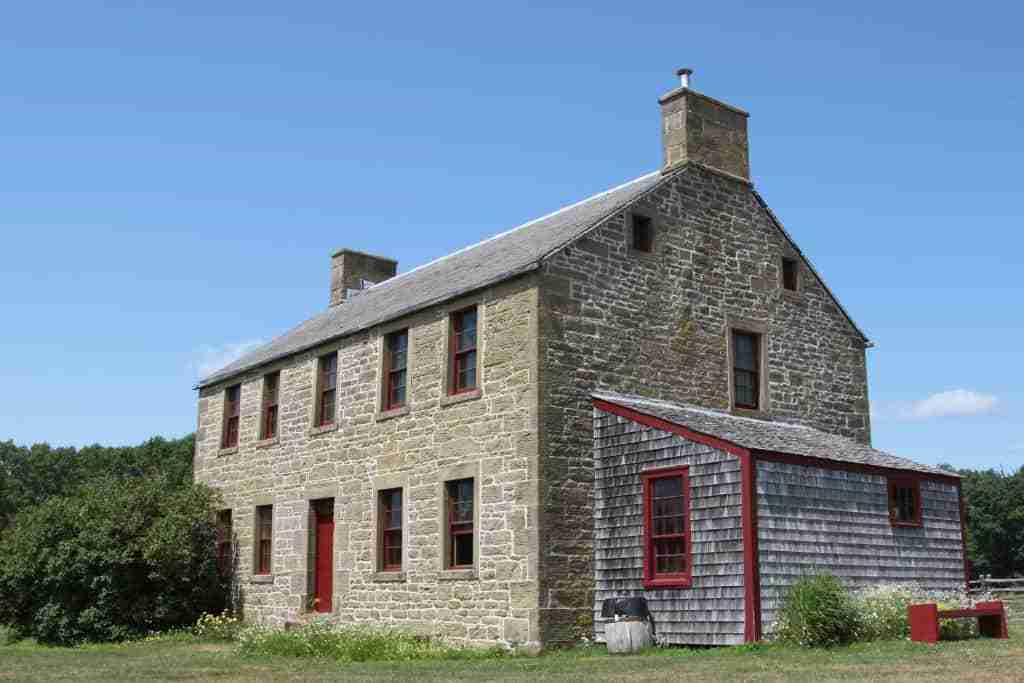 Alexander MacDonald’s life on the Miramichi was characteristic of the European immigrant in New Brunswick. He retained his old world values; viewing the ownership of land as the way to success, maintaining close kinship and religious ties, and a diversified subsistence lifestyle during an era of concentrated economic development. In a land where wood was readily available, he constructed his house of stone – a material and style with which he felt more comfortable. MacDonald could relate to the traditional Scottish design – the type of house unattainable to the majority in the land of his birth, but could be had in New Brunswick for the labour.

The spectacular expansion of the Miramichi region during the early 19th century seems to have by-passed Alexander MacDonald. He fulfilled his community obligations as a parish official, and as major-commandant of the local militia, but took little part in the exploitation of the region’s resources. His life revolved around the Bartibog, and he knew little of the outside.

MacDonald Farm is a Must-See cultural attraction located in Bartibog in a pastoral setting overlooking the Miramichi River.