The Palmer-McLellan Building, 364 Argyle Street,  is a three storey brick faced structure with a flat roof. Fronting on Argyle Street, it is located in the traditional industrial centre of Fredericton which had been in close proximity to the railway station.

This site is significant as it is an illustration of the rapid expansion and success of the John Palmer Company, one of Fredericton’s leading industries. The company, formerly the John Palmer Company tannery, was an important producer of quality footwear that appealed to men and women from different walks of life. Later known as Palmer-McLellan, the company was associated with the production of quality footwear under the Moose Head Brand label. 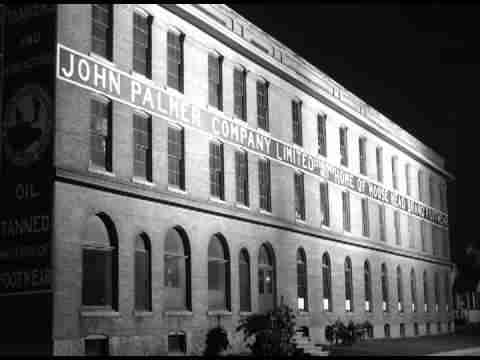 This three storey former factory and tannery, was constructed in 1913. The factory was equipped with the finest machinery to serve the current needs of the company; however, an increased demand necessitated the expansion of the factory in 1920.