Fredericton being dubbed the “Poets’ Corner of Canada” became official in 1947 when a monument was erected by the Canadian government at the University of New Brunswick in honour of three Frederictonian poets: Bliss Carmen, Charles G.D. Roberts, and Francis Sherman. “Their gifts enriched Canadian literature,” the plaque states.

The Poets’ Corner monument currently sits in front of the Harriet Irving Library on the UNB campus.The memorial was originally located on the hill below Sir Howard Douglas Hall on the Fredericton Campus of the University of New Brunswick. 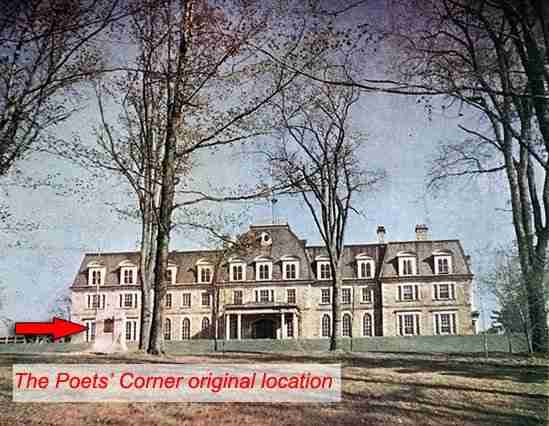 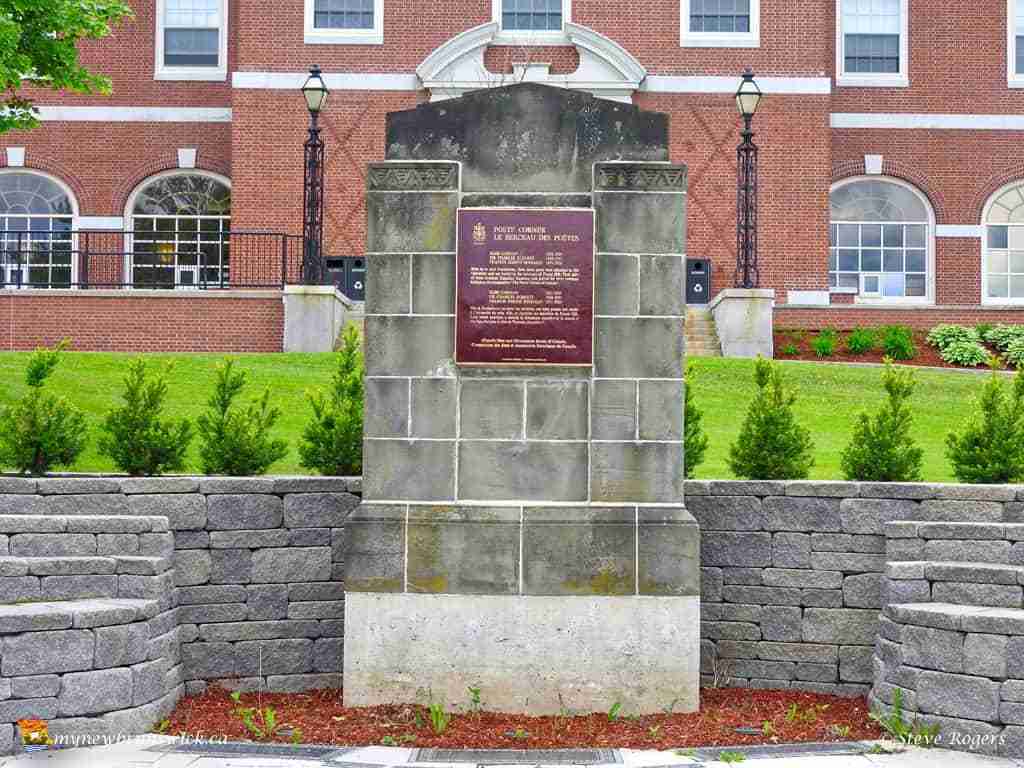 The wording engraved on the bronze plaque affixed to the monument read, in part: “Born in or near Fredericton. Educated in this University, and buried in the cemetery of Forest Hill. Their gifts of verse enriched Canadian literature and gained for their common birthplace the designation”.

The original plaque was replaced with a newly designed one in 1967. Plans are currently underway to have the monument fitted with a bilingual plaque. 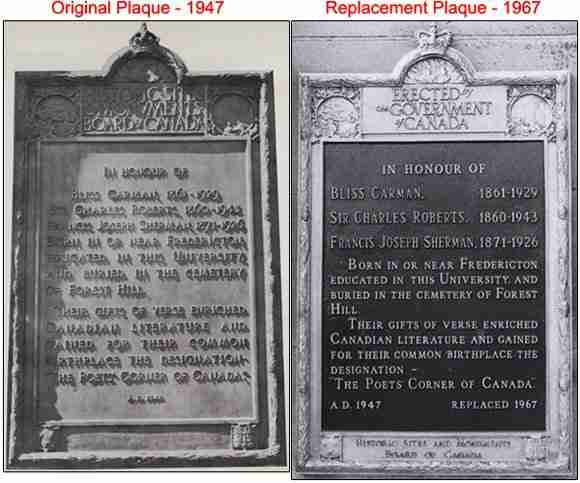 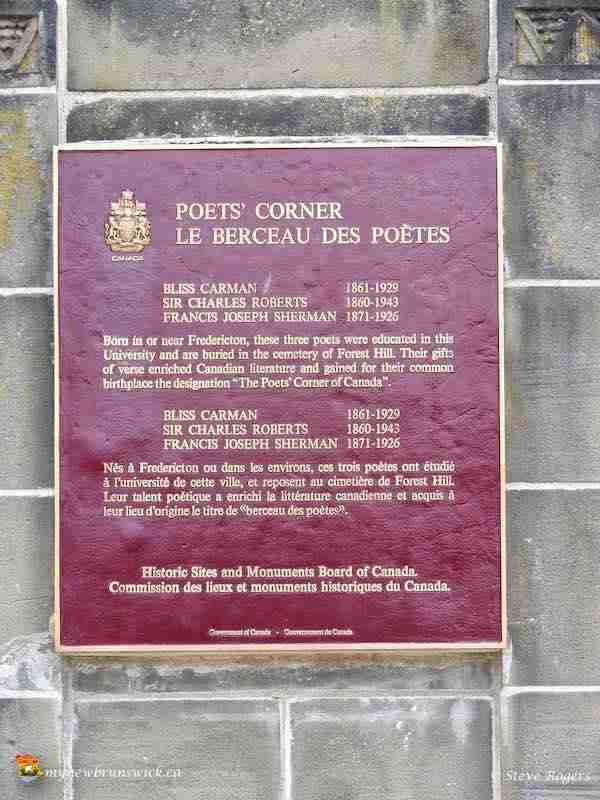 One thought on “Poets’ Corner”