Located on the Bay of Chaleur, the Parish of New Bandon (named after the town of Bandon in Ireland), Gloucester County encompasses the region from Teaques Brook to Maisonette. It was settled in 1819 by several families from Bandon, County Cork, Ireland. The area  consists of the area between Teaques Brook and Pokeshaw – including the communities of Janeville, Clifton, Stonehaven, New Bandon and Canobie and is approoximately 30km from Caraquet. 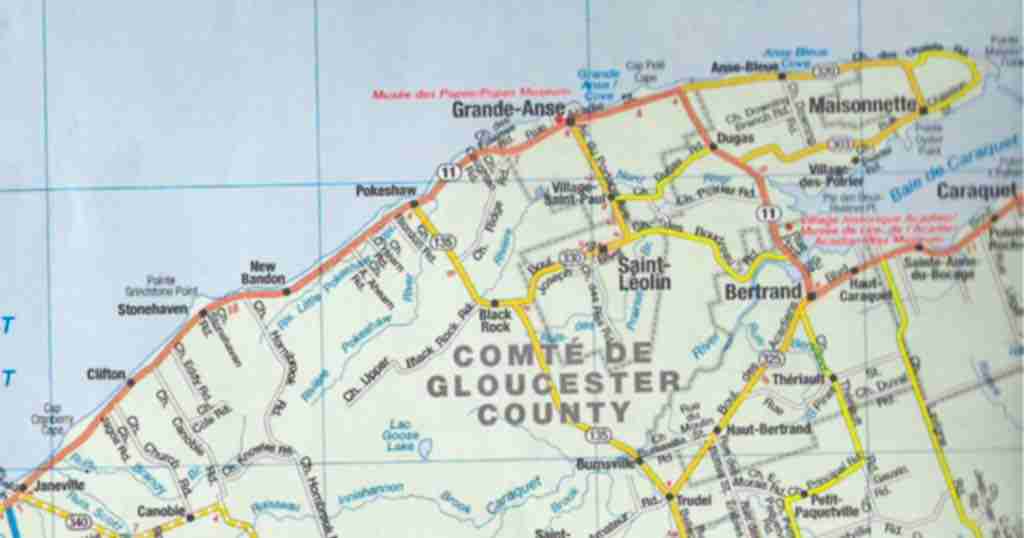 The first church to be built in this “downshore” region was the Presbyterian Church in New Bandon. In 1830, Richard and Martha Dawson as well as Henry Smith deeded land to John Richie, Charles Bateman and others for a church, burying ground and a schoolhouse. This church building, built in 1830, served the community for a good many years. Although this church is no longer there, the cemetery is still there.

In 1884 a committee was appointed to build another church and it was decided that the new church would be constructed halfway between the communities of New Bandon and Clifton. William Jennings gave the land in Stonehaven. Work on the building began in 1884 and some of the volunteers were William Jennings, Howard Good, John Breckenridge, Telemachus Rodgers, Wallace Daley, Henry Scott, James Scott, Francis Robinson, Thomas Knowles, Francis Scott and John Daley. Work was completed in 1889.