As its name suggests, UNB Memorial Hall was completed in 1924 as a memorial to the UNB alumni who died in World War I. 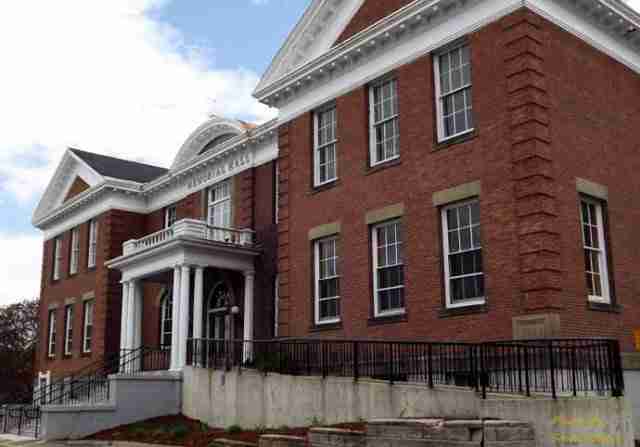 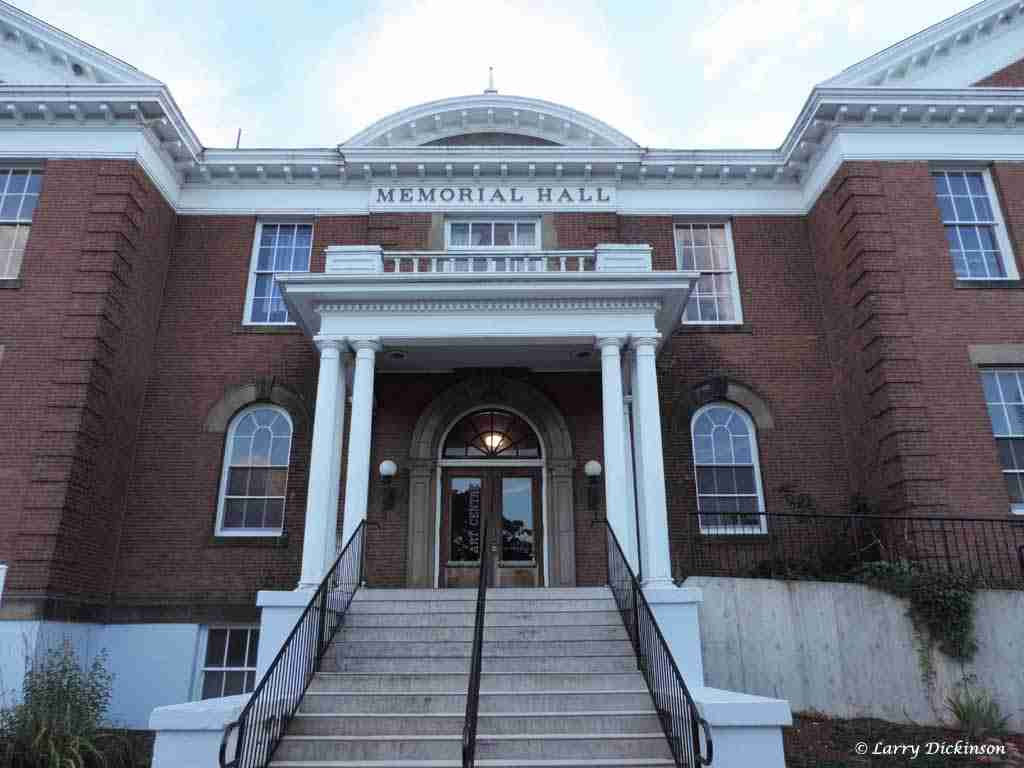 UNB Memorial Hall was originally designed as a science building but has housed a number of disciplines over the years, as well as having accommodated the UNB graduations in its auditorium from 1924 until 1946. 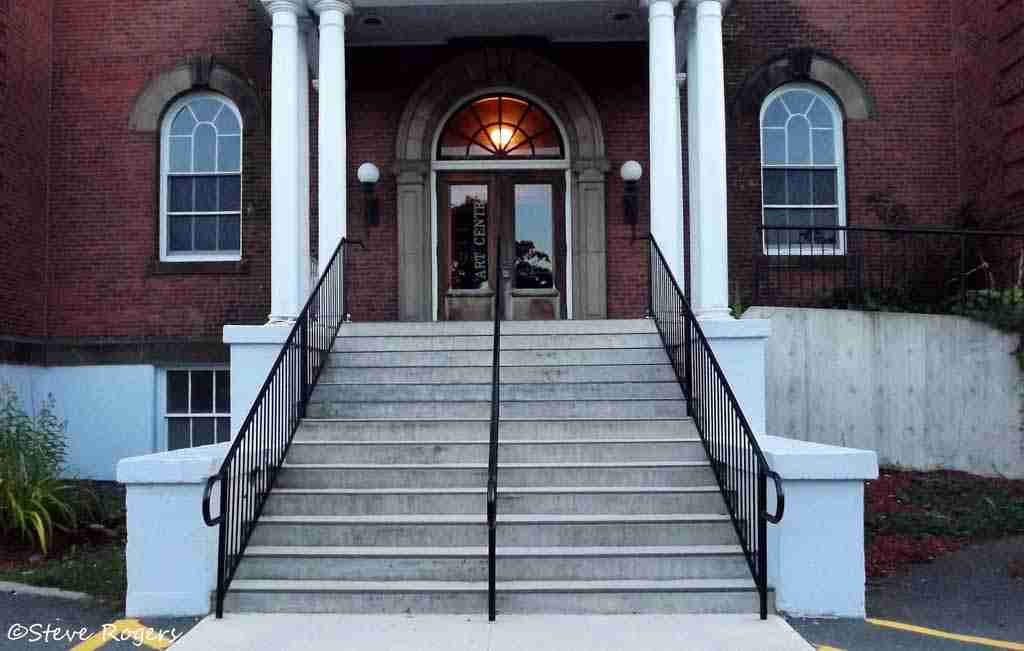 The Classically inspired brick building – with its pedimented projecting wings, corner quoins, multiple-column portico and lobby featuring beautiful stained wood ionic pilasters – stands in marked contrast to the Tudor Gothic auditorium. The latter style is quite appropriate as it imparts a church-like atmosphere to the room, with its stunning collection of stained glass windows. Of special note is the memorial window behind the stage, depicting the triumph of good over evil from Milton’s Paradise Lost.