What was known as the John Thurston Clark Memorial Building was officially opened on April 30, 1881 as Fredericton’s Post Office and Customs House.

Named as a memorial to First World War soldier, John Thurston Clark, who suffered serious injury from poisonous gas, was invalided home, and died from his wounds in 1921. He was the son of William George Clark, a former Lieutenant Governor of New Brunswick.

John Thurston Clark is buried with his parents in the Fredericton Rural Cemetery on Woodstock Road. 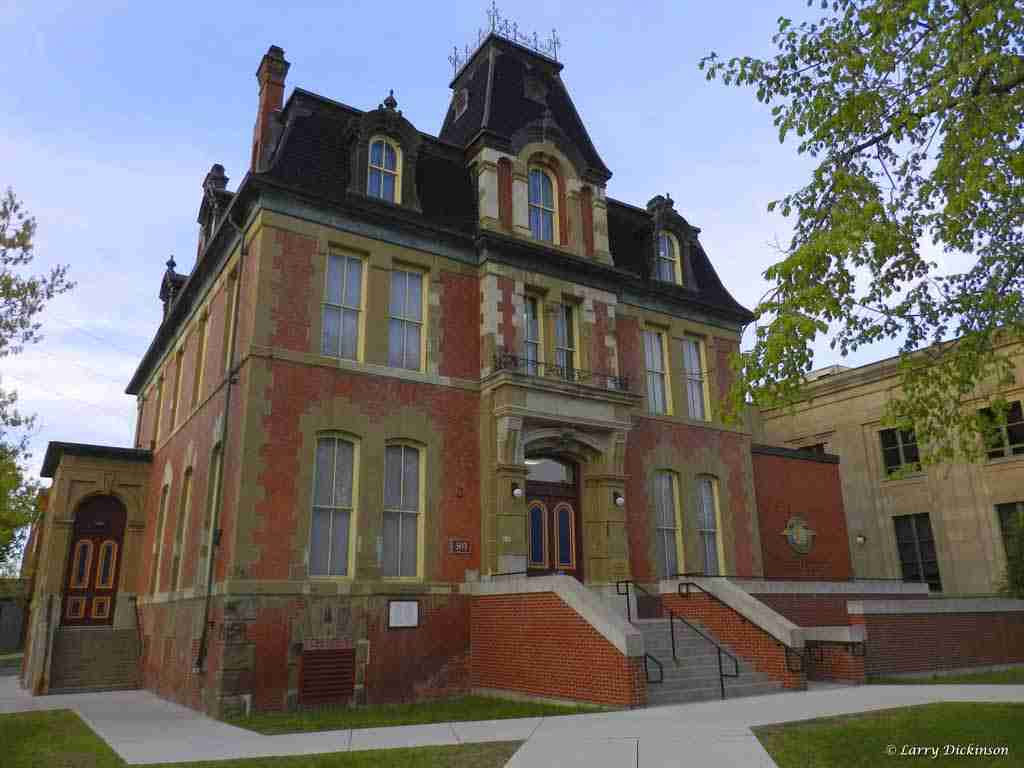 Built conspicuously in the center of the City, this three-storey building is a magnificent example of the Second Empire style, sporting exterior walls of pressed brick and stone, paired groups of tall windows, a mansard roof with ornate dormers, and a well-proportioned central tower topped with its still-visible iron lacework. The building has had many functions since then, including acting as a library, an exhibition centre, and its present use: the New Brunswick Sports Hall of Fame.